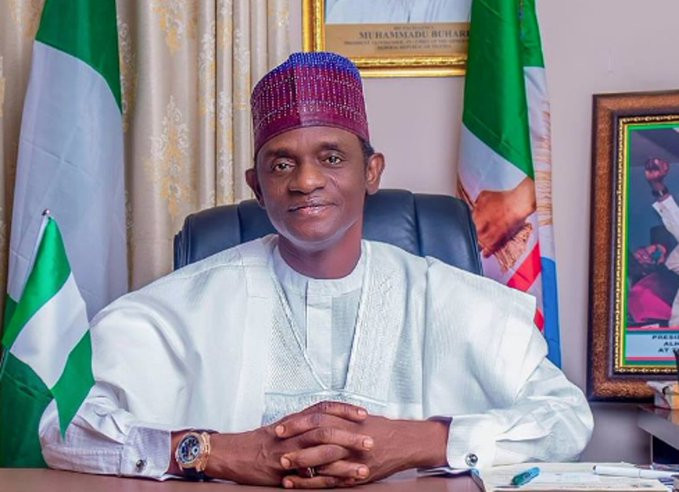 Yobe State Government has announced that 10 percent of workers’ basic salary for November would be deducted as their contribution to the education recovery appeal fund.

The Commissioner of Home Affairs, Information, and Culture, Mohammed Lamin who is also the Chairman Sub-committee for Yobe Education Recovery Appeal Fund disclosed this on Monday Novemer 22, in Damaturu while briefing newsmen.

He said the devastating effects of Boko Haram insurgency in the state have compelled the state to embark on fundraising for education recovery in the state.

The commissioner also made an appeal to the Civil Servants whom he describe as major stakeholders to contribute 10% of their basic salaries towards achieving the set objective.

“It is imperative here to state that, educating our citizens is our collective responsibility as a people. In this regard, apart from reaching out to people outside, the government feels that civil servants in the state should also give their modest contribution to the programme, by contributing 10% of their November 2021 basic salary to the scheme.

“By this briefing, therefore, civil servants are informed that the deduction will be for only the month of November 2021”, he said.

Mohammed Lamin also explained that it is no longer news that the decade-long insurgency has impacted negatively on the entire lives of the citizenry. “The devastating effect it has meted on the state’s education system and structures is overwhelming and must attract the attention of any responsible government”.

He noted that this attracted the compassionate attention of Governor Mai Mala Buni to on assumption of office in 2019, declare a state of emergency on education, after taking the oath of office.

“Gentlemen of the press, some of you have been in the state since the start of the ugly phenomenon called insurgency which has destroyed everything about our educational systems including the psyche of our children and parents.

“Our communities are dotted with destroyed and devastated school aged children and parents with lukewarm attitude towards education.

“Thus, the administration of his Excellency, Hon. Mai Mai Mala Buni feels that the right steps must be taken to address this terrible trend in our educational system, hence the declaration of emergency on education sector and the implementation of subsequent policies and programmes that will bail the state out of this quagmire”, he said.