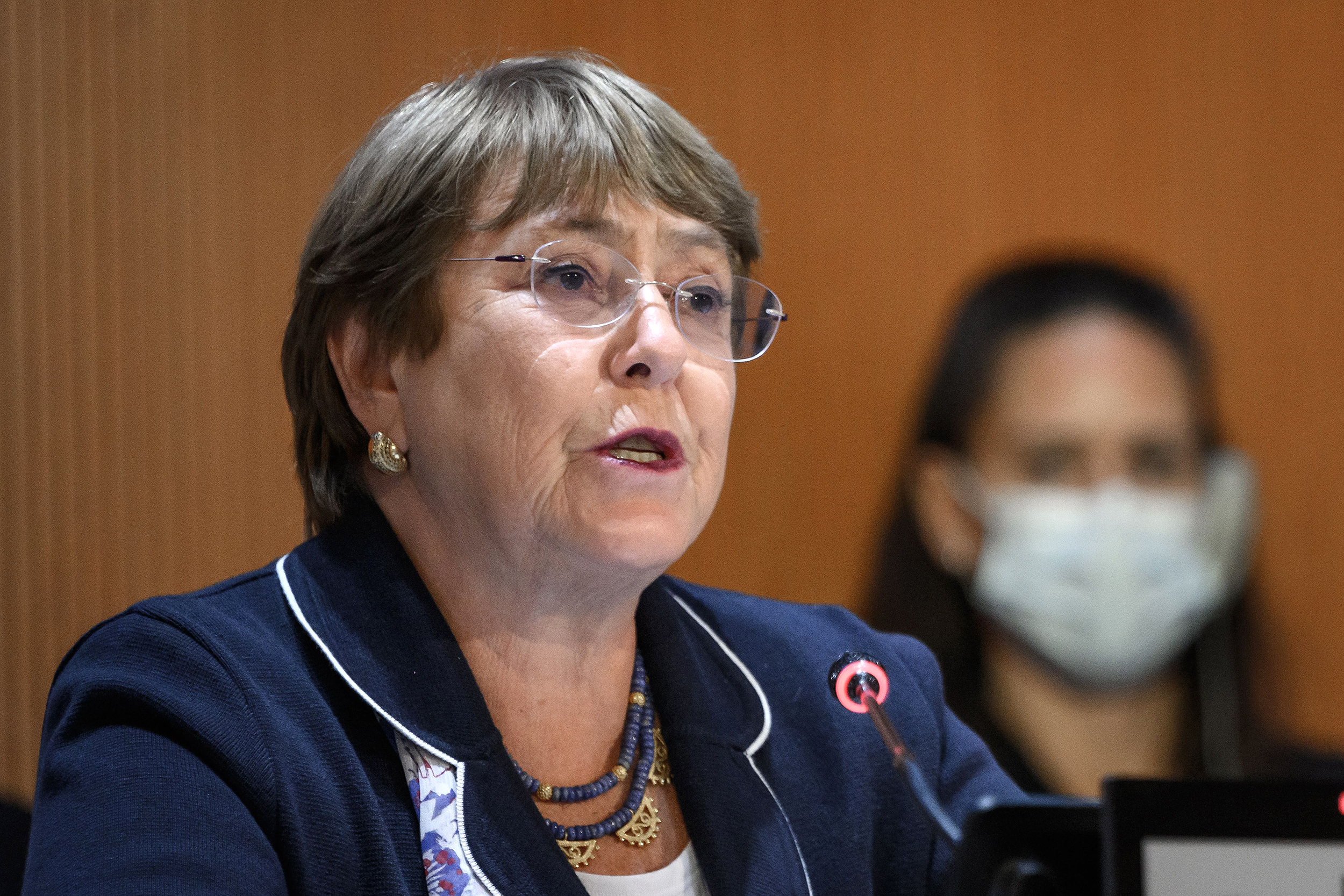 Michelle Bachelet’s trip is the first to China by a U.N. high commissioner for human rights since 2005, and rights groups warn it threatens to whitewash abuses by the ruling Communist Party in Xinjiang.

China locked up an estimated million or more members of Uyghur, Kazakh and other Muslim minorities in what critics describe as a campaign to obliterate their distinct cultural identities. China says it has nothing to hide and welcomes all those without political bias to visit Xinjiang and view what it describes as a successful campaign to restore order and ethnic cohesion.

Bachelet began her six-day visit in the southern city of Guangzhou and will travel to the Xinjiang cities of Kashgar, once a stop on the Silk Road, and Urumqi, the region’s capital. Details have been tightly held and China’s Communist Party-controlled media have not reported on her visit.

Chinese Foreign Ministry spokesperson Wang Wenbin confirmed Bachelet’s arrival and said she would have “extensive exchanges with all sectors.” No journalists will travel with her in China, but Bachelet will “brief the media on her visit in due course,” Wang said at a daily briefing on Monday.

“I hope that this visit will further promote exchanges and cooperation between the two sides and play an active role in advancing the international human rights cause,” he said.

A key question is whether Bachelet will be allowed to visit the former internment camps that China called vocational training and education centers and meet with people imprisoned over calls for greater religious, political and cultural freedoms, such as Ilham Tohti, an economist and winner of the Sakharov Prize.

China has also been accused of using forced labor, coercive birth control and separating children from their incarcerated parents. The Dui Hua Foundation, a monitoring group, says fasting for Ramadan or selling Islamic books has also been targeted.

It’s not clear whether Bachelet will be able to meet with officials who led the crackdown in Xinjiang, including former regional party secretary Chen Quanguo, now an official in Beijing.

Bachelet, a former president of Chile, plans to speak with high-level national and local officials, civil society organizations, business representatives and academics, and deliver a lecture to students at Guangzhou University, her office said.

Rights groups have called for more information and accountability from China over its policies in Tibet and Inner Mongolia that restrict minority cultural rights. A crackdown on freedoms in Hong Kong has also led the U.S. and others to impose sanctions on local and Chinese central government officials.

“Michelle Bachelet’s long-delayed visit to Xinjiang is a critical opportunity to address human rights violations in the region, but it will also be a running battle against Chinese government efforts to cover up the truth,” Amnesty International Secretary General Agnes Callamard said in a statement.

“The U.N. must take steps to mitigate against this and resist being used to support blatant propaganda,” Callamard said.

Bachelet’s trip comes ahead of the long-awaited release of a report on the human rights situation in Xinjiang. Almost 200 rights groups have urged Bachelet to release her report, which diplomats have said has been ready — or very close to it — for months.

U.S. State Department spokesperson Ned Price echoed that call last Friday, saying the U.S. and others have been calling for its release for months.

“The high commissioner’s continued silence in the face of indisputable evidence of atrocities in Xinjiang and other human rights violations and abuses throughout the P.R.C. … is deeply concerning, particularly as she is and should be the leading U.N. voice on human rights,” Price said, using the acronym for the People’s Republic of China.

He said the U.S. is “deeply concerned” about Bachelet’s visit and has “no expectation that the P.R.C. will grant the necessary access required to conduct a complete, unmanipulated assessment of the human rights environment in Xinjiang.”

The U.S. government has declared that Beijing’s policies against the Uyghurs amount to genocide and crimes against humanity. Legislatures in Britain, Belgium, the Netherlands and Canada have done the same.

China denies the allegations and maintains its policies are meant to deradicalize those influenced by jihadi propaganda following years of violent outbursts against Chinese rule in the region.