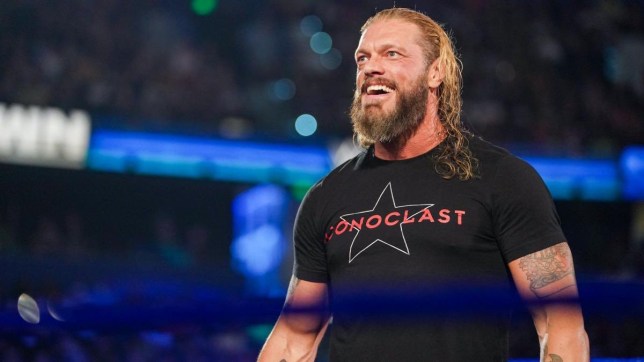 WWE superstar Edge was stretchered out and loaded into an ambulance after a match of the year candidate on SmackDown.

The Hall of Famer entered the latest chapter in his storied rivalry with Seth Rollins during a fantastic night at Madison Square Garden which ended with the Rated R Superstar laid out on the mat.

The duo put on a stunning clash with call backs to their own matches and deeper history, with Rollins hitting the Glam Slam before Edge dropped him with a Pedigree.

Every moment of this worked, and fans will be salivating at the possibility of a third match once the legend is brought back on camera.

He got laid out by multiple superkicks before Seth finally put him away with a huge Stomp onto the surgically repaired neck.

The stretcher job was a perfect way to write Edge off for a while, and having long-time friend and former tag team partner Rey Mysterio by his side as he got wheeled through the backstage area was a great touch.

He was loaded into an ambulance was Adam Pearce and others looked on concerned.

Rollins was interviewed at the same spot, and he seemed to be in a strange headspace as he insisted he didn’t know how to feel about what he’d done.

These two continue to deliver in a huge way, and it’s the latest in Seth’s character development stretching back much of the past decade.

The arc has felt so natural, going from The Shield’s legendary debut to his current persona combining elemnts of his past iterations from the Messiah to the sinister Drip King.

‘It’s a fun thing. It’s cool, it’s definitely been interesting,’ Seth exclusively told Metro.co.uk last month. ‘The character’s in a weird place right now. I definitely take inspiration anywhere I can get it.

‘So, when you look at the arc of my career, you’ll be able to see the whole picture I suppose. You mentioned that it’s really naturally evolved over the past couple of years – I would say even longer than that, to be fair.’

*WWE SmackDown airs Friday nights at 1am on BT Sport 1.


MORE : WWE’s Doudrop got Vince McMahon seal of approval as he laughed at perfect description of wrestling role