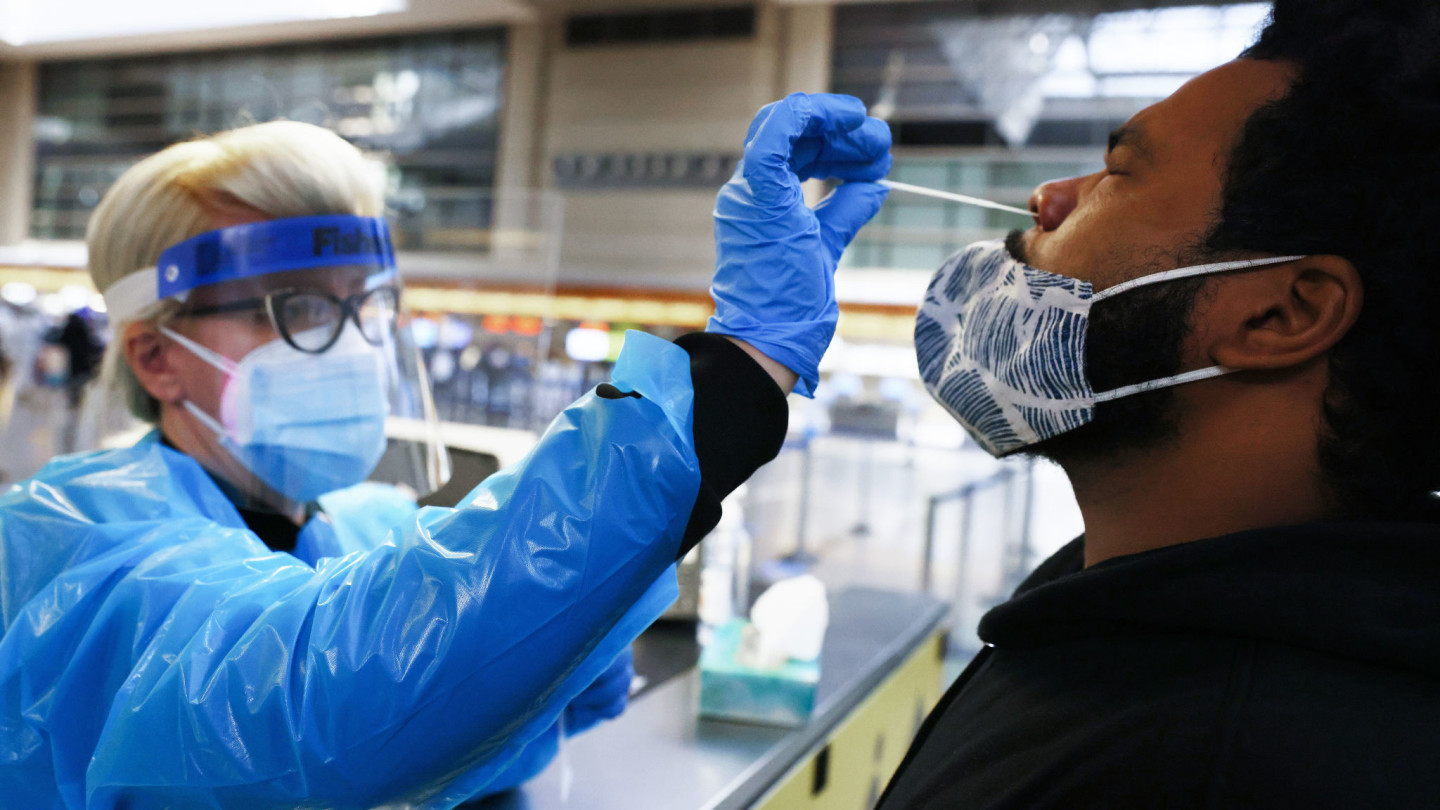 A new coronavirus variant that has been branded the “worst ever” mutation of the disease has already reached Europe, a virologist said today.

A patient in Belgium fell ill with the B.1.1.529 variant of the virus, which was first detected in South Africa.

Belgian Health Minister Frank Vandenbroucke said: “We have one case of this variant that is confirmed. It’s someone who came from abroad.”

It was disclosed that the patient has no known links with South Africa and had travelled to Belgium from Egypt.

The new variant is set to be given the official name of “Nu” by the World Health Organisation as that is the next available letter in the Greek alphabet.

The Greek naming system for Covid-19 variants of interest and concern was introduced by the WHO at the end of May to make new strains of the virus easier to remember.

The UK’s Health Secretary Sajid Javid said there was “huge international concern” over the new strain.

He told the House of Commons that experience has shown “we must move quickly and at the earliest possible moment”.

He added there were concerns the variant may be more transmissible, make vaccines less effective, and may affect one of the UK’s Covid treatments, Ronapreve.

He told MPs it was “highly likely” the B.1.1.529 variant had already spread from Africa to other countries.

Passengers arriving in the UK from these countries from 4am on Sunday will be required to book and pay for a Government-approved hotel quarantine for 10 days.

Downing Street urged anyone who has arrived from these countries recently to get tested.

However, South Africa’s foreign minister Naledi Pandor said on Friday that the UK’s decision to ban flights “seems to have been rushed”.

Professor Ravi Gupta, a professor of clinical microbiology at the University of Cambridge, said: “B.1.1.529 has signatures of cumulative mutation indicating that it emerged in a chronic infection.

“B.1.1.529 does certainly look of significant concern based on mutations present.

“Many have been shown to impact binding by neutralising antibodies, and some are known to increase the ability of virus to enter cells or to make them fuse together to allow cell-cell spread.”