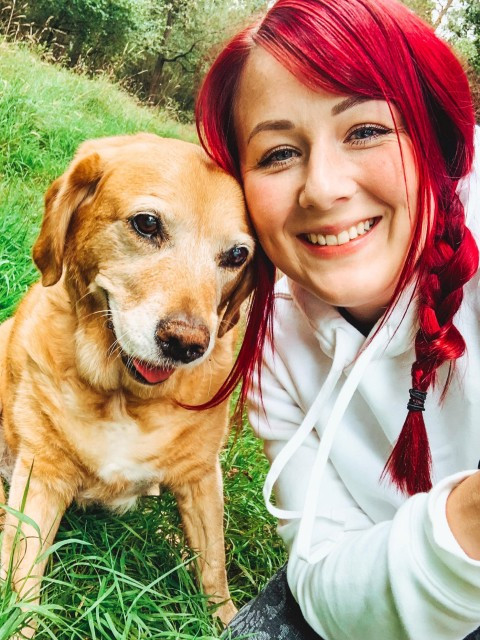 A woman has quit her job so she can spend time with her terminally ill dog.

Megan Marshall aged 31, wants to dedicate herself to her pet Labrador, Sasha in order to make her final days on earth as special as possible.

Marshall says she has spent the past 15 years with the dog after welcoming the puppy into her life when she was just a puppy. 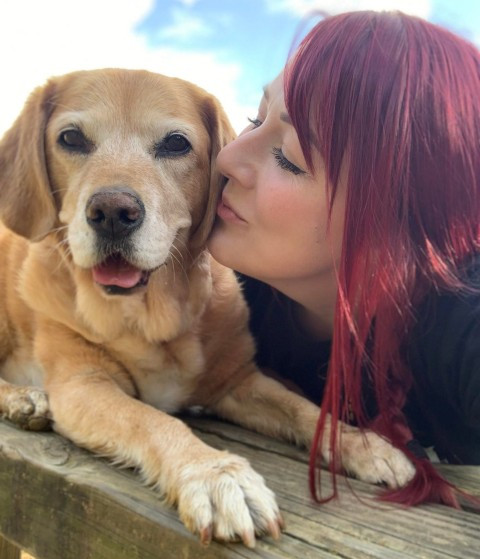 Sasha now 16 years old, has been diagnosed with dementia as well as numerous health problems which will make the dog unable to walk and completely paralysed.

‘I was running a [dog walking] business which made me struggle mentally and Sasha’s health was getting increasingly worse,’ Megan from Reading, UK said. 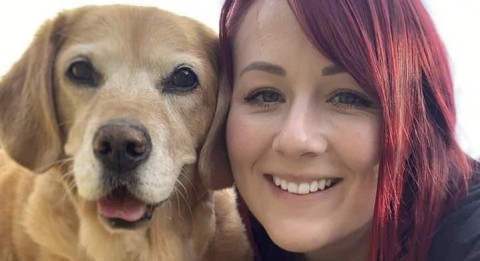 ‘I was finding it so hard to juggle the two, so I closed my business and decided to work on myself and give her the time she needs, and then the bucket list popped into my head.

‘Even though she’s always had her own health battles, one of which being a degenerative condition which affects her hind legs, Sasha has always been my rock through my own battles.

‘It’s me and Sasha against the world type of thing so I just felt that I wanted to give her back what she’s given to me whilst I had the chance.’

Megan says she has already completed much of her bucket list, including visiting the beach, getting an ice cream from an ice cream van, entering a dog show, enjoying a steak dinner and having a birthday party and sleepover with her dog friends.

But with Sasha’s death approaching, Megan is keen to tick off the remaining items, including going to Windsor Castle, visiting the butchers and going to a school to meet the kids.

‘I know losing her is going to be a big struggle for me so it kind of gives me a feeling that we did everything I could. I know she was so happy.’