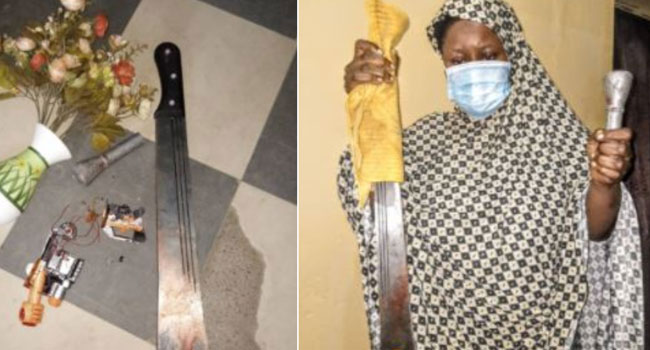 A housewife in Kano identified as Hauwa has allegedly killed two of her children after her husband, one Ibrahim Haruna Aminu married a second wife.

The deceased kids were identified as Yusuf (5-year-old) and the Zahra’u (3-year-old).

Reports suggest that the incident occurred on Saturday morning in Diso village within the Gwale Local Government area of Kano State.

He said the incident happened when the husband was away and in his new wife’s place.

According to Aminu, his brother’s eldest wife, Hauwau called him on phone in the morning, stating that there was an issue at their residence. Upon his arrival, he met the lifeless bodies of his children.

“She beat the children and used a knife to cut them. Her sister’s daughter (10-year-old) who was living with them was also another victim but she survived with a cut on her hand and she is the witness to the incident,” Sadiq stated.

The ward head of Diso, Ahmad Bello said they were all thrown into a state of shock following the incident.

Mr. Bello condemned the act saying she should have taken the matter to court instead of taking the laws into her hands and killing innocent children.

He said the suspect was in their custody, and the investigation had already commenced after the command CP ordered the case to be transferred to the criminal investigation unit.