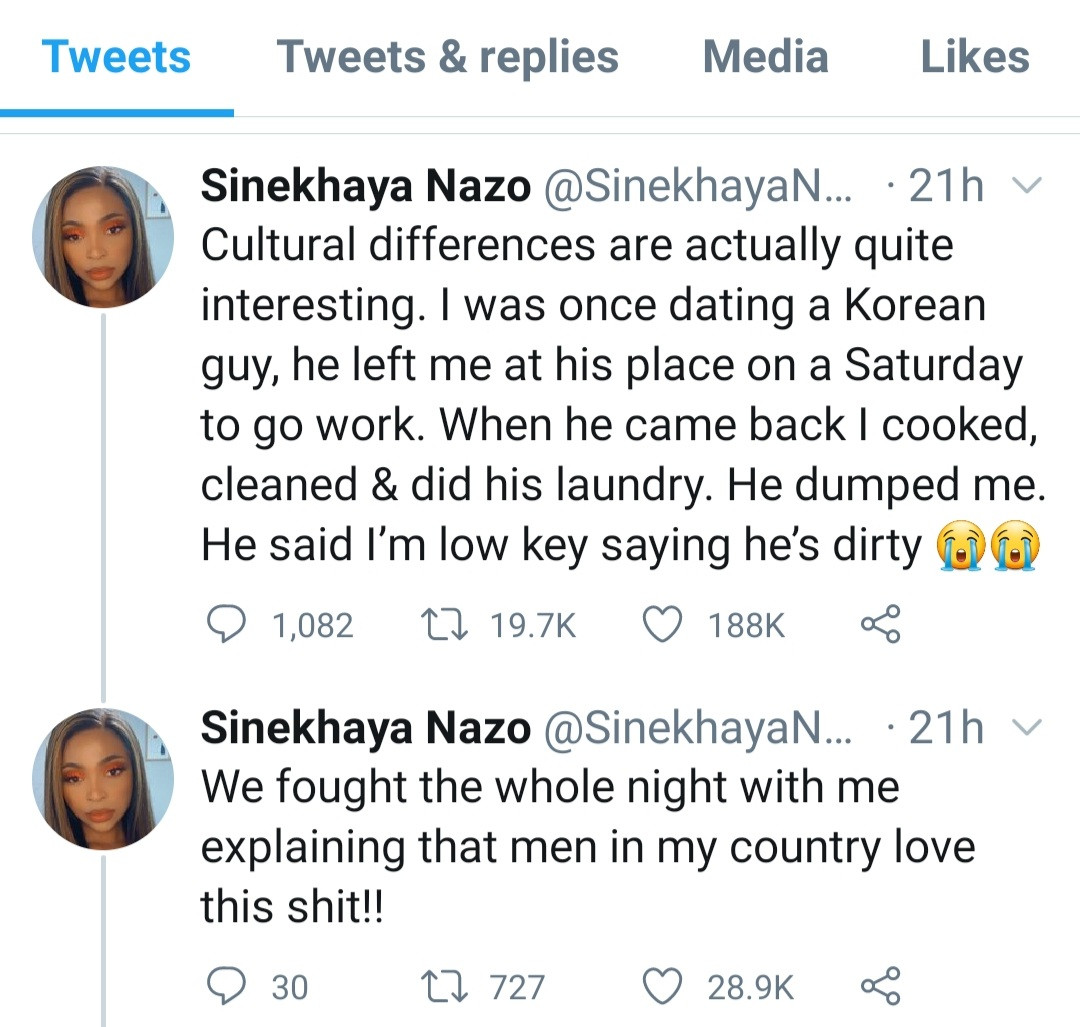 An African woman has been dumped by her Korean boyfriend after she tried to please him by doing chores at his house.

The African woman said her boyfriend left her at his house one weekend and went to work, so she cleaned up, cooked for him, and did his laundry.

She said that he took offense when he returned and asked if she’s trying to tell him that he’s dirty.

She explained to him that men in her country love things like that but the Korean man couldn’t forgive her actions so he ended the relationship.

“Cultural differences are actually quite interesting,” she wrote on Twitter as she began sharing her story. 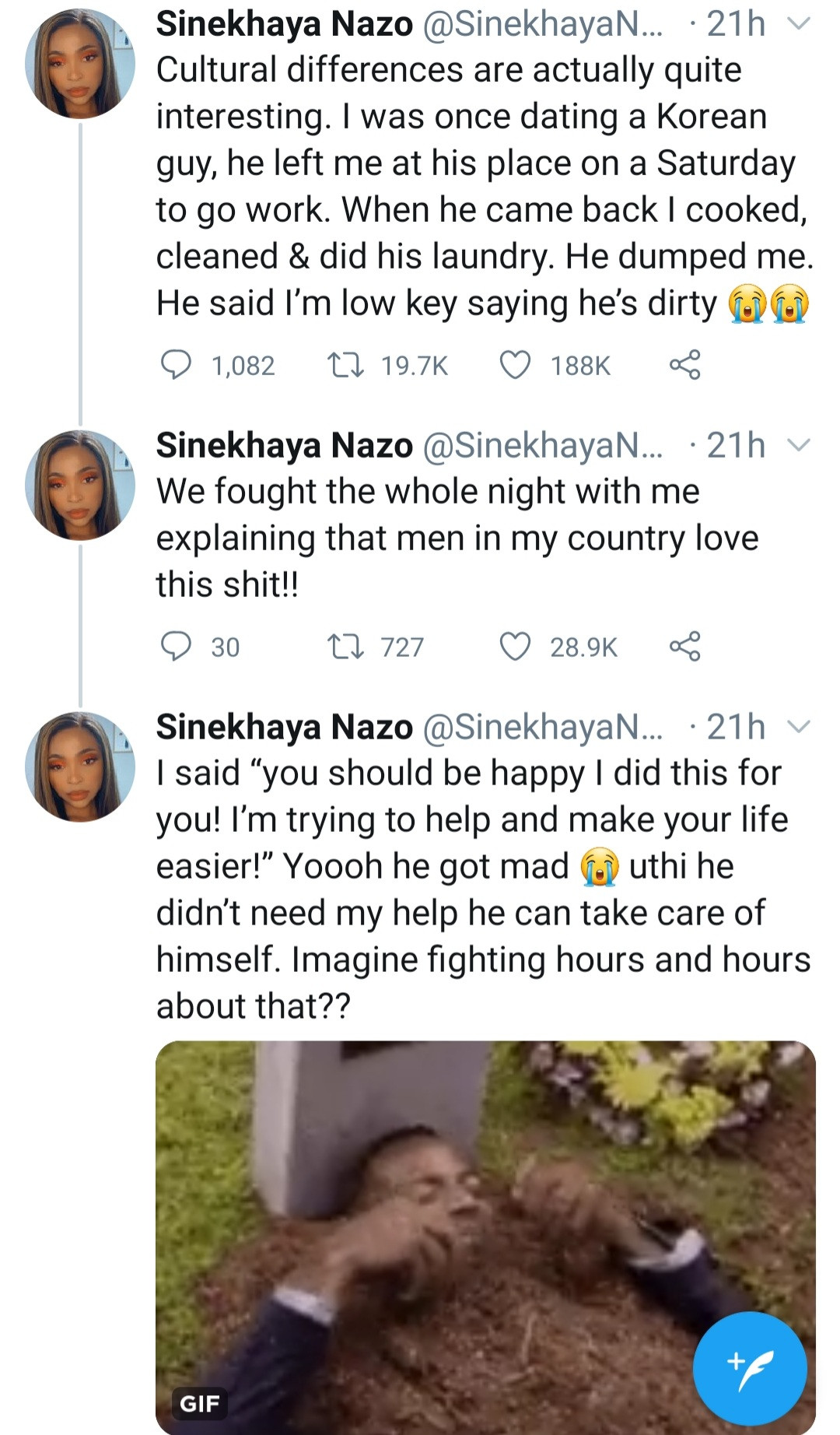 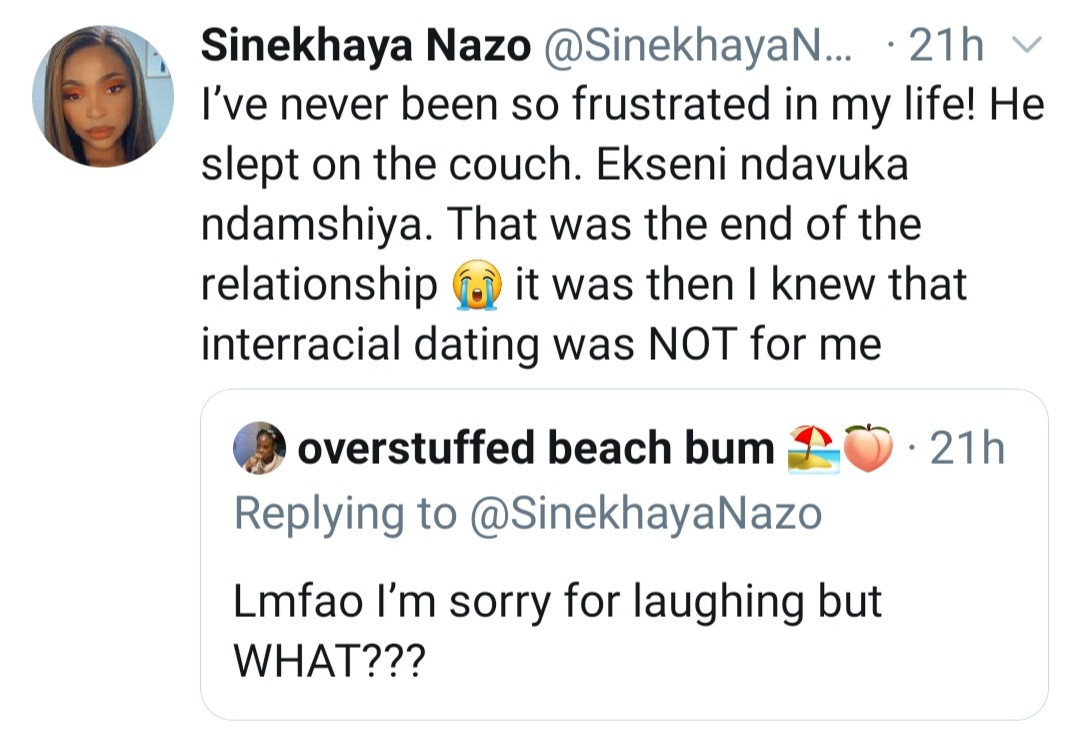 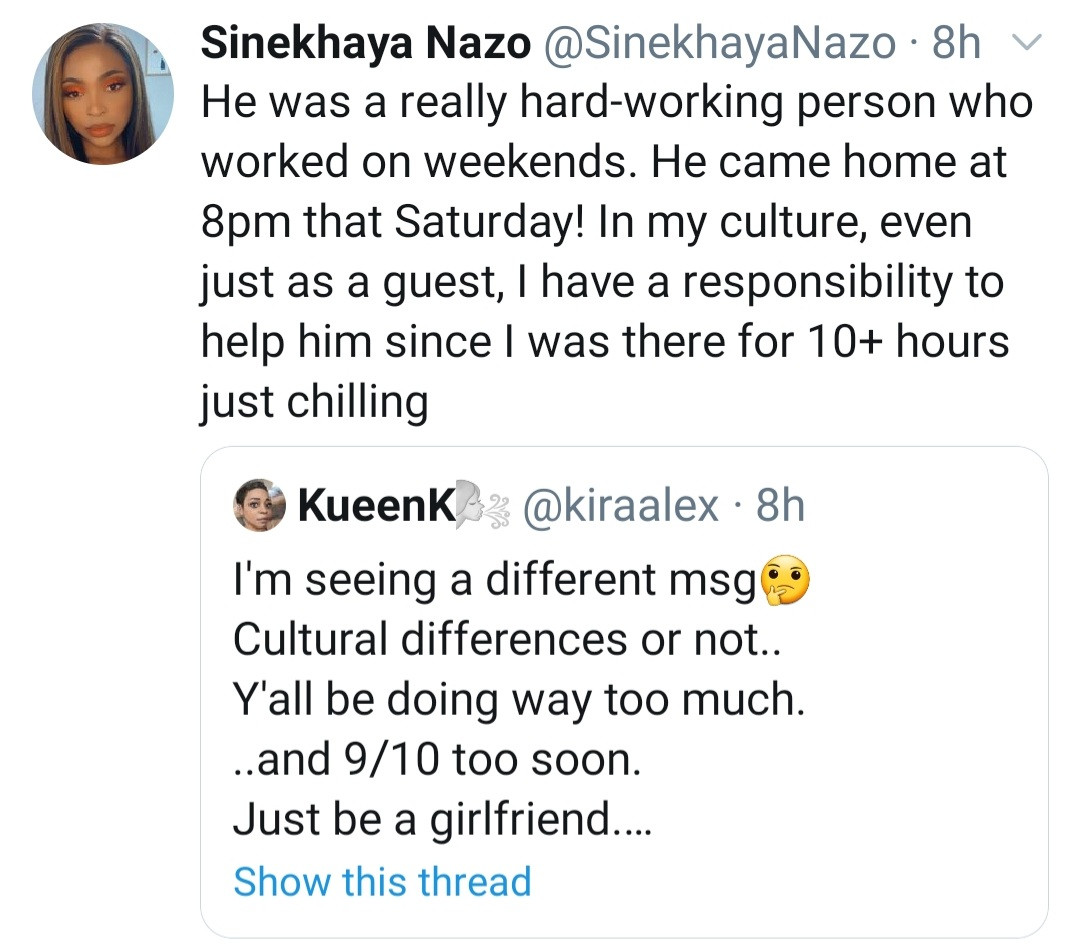 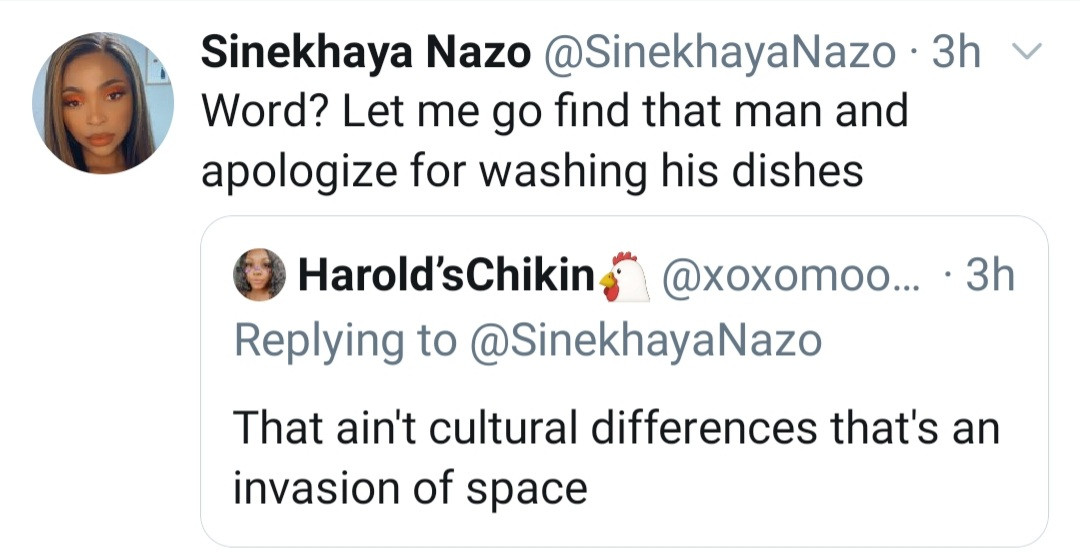 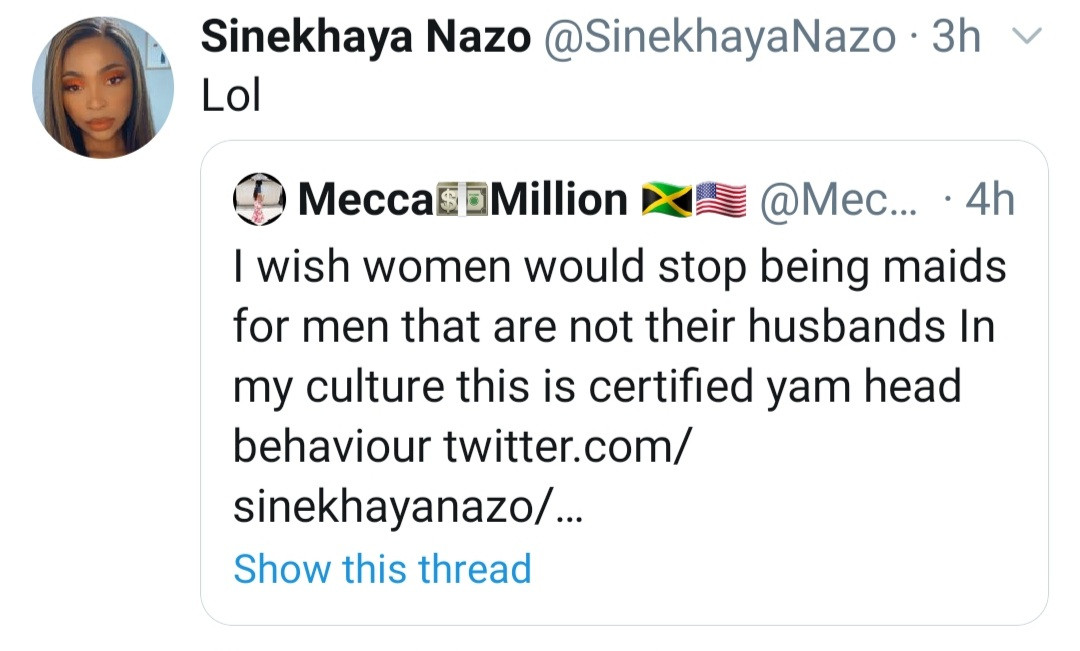