Ace Nigerian singer, Ayo “Wizkid” Balogun has said his much anticipated album, Made In Lagos, will no longer drop on October 15. 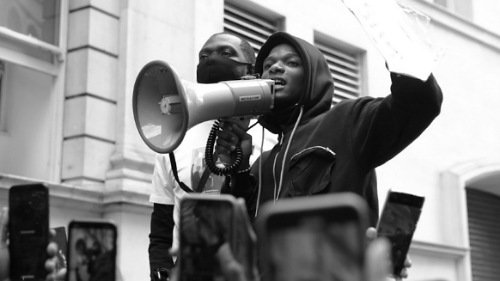 The self-styled Star Boy disclosed this in a a tweet he shared on his verified page yesterday, October 13.

This hint came after a fan asked him if he would still release his album on the said said.

The fan tweeted, “#SarsMustGoNow ……but @wizkidayo MIL go still drop?”. To this question Wizkid replied, “Not yet !! Mad times!!”

The “Mad times” Wizkid referred to seems to be the ongoing #EndSARS protests across Nigeria. He was also a part of the protest in London, where fans said he calmed an increasingly unsettled crowd in front of the British council.

Recall earlier fans had hoped the album would drop on July 16, but they got a single ‘Smile’ featuring Grammy-winning American singer, H.E.R rather.