The Championships at Wimbledon have been tense to watch this year.

From Roger Federer’s ‘thrasing’ in the quarter-finals, to watching Emma Raducanu’s remarkable first run come to an end – it’s been an eventful tournament so far.

But the final games are still to come – just as England’s football team take to Wembley for the UEFA Euro 2020 finals.

So, who’s playing in Wimbledon’s finals this year, when can you watch and where?

When is the Wimbledon final happening?

There are a number of finals happening at Wimbledon this weekend.

Exact timings haven’t been posted for all these finals yet.

Sometimes, the time of play can depend on weather conditions – so keep your eyes peeled on the official Wimbledon website.

What channel is the Wimbledon final on?

You can watch the buzzed-about Men’s Singles Final on Sunday, July 11 from 1.30pm on BBC One.

The Ladies Singles Final is on same channel and same time, 1.30pm, but the day before – Saturday, July 10.

Typically, the finals are aired on BBC One, BBC Two or can be watched online on BBC iPlayer. 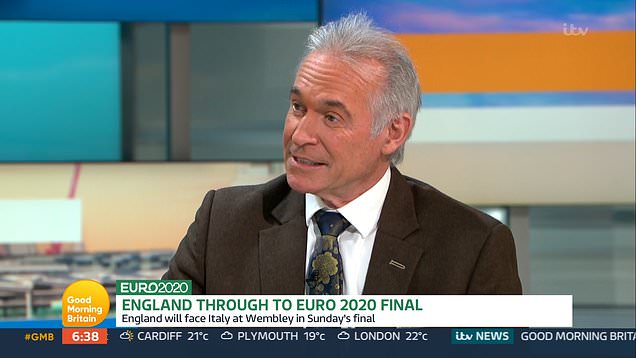 Who is playing in the Wimbledon final in 2021?

Right now, the Wimbledon semi-finals are underway, so the finalists are to be confirmed.

He is up against Denis Shapovalov (Canada) in the semi-final on Friday July 9, and we are still to see Matteo Berrettini (Italy) vs Hubert Hurkacz (Poland), too.

Fan favourites such as Serena Williams, Andy Murray, Roger Federer, and the UK’s shining young tennis star Emma Raducanu haven’t made it to the finals this year, sadly.