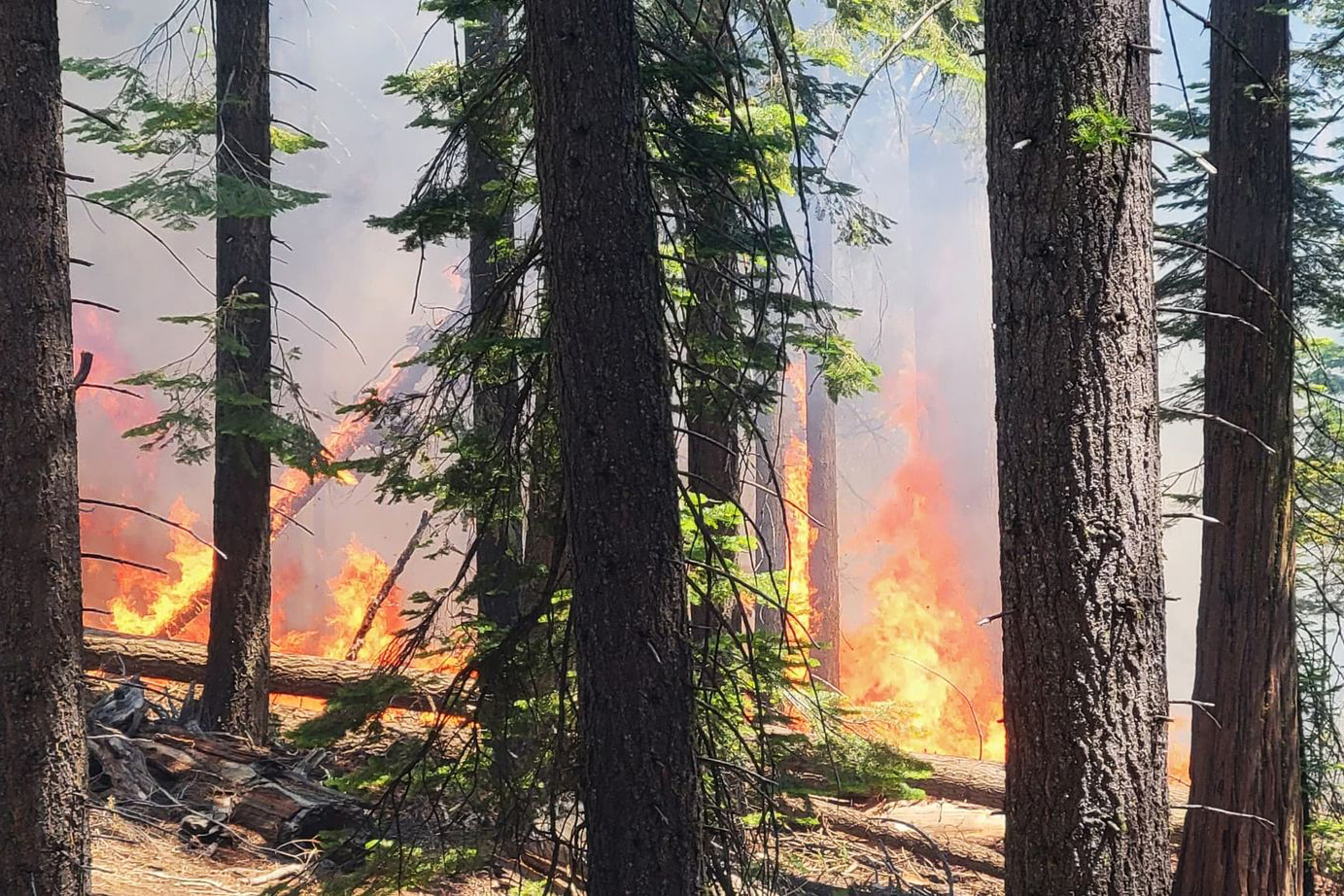 A wildfire has led to the closure of Yosemite National Park’s Mariposa Grove in California, home to over 500 towering sequoias, park officials announced Thursday.

The Washburn Fire, which is burning near the lower part of Mariposa Grove, spans 60 to 70 acres, the park said on social media.

“Firefighters are suppressing the fire from the ground and air. The Mariposa Grove is closed until further notice,” the park said. However, other areas of Yosemite remain open.

The park service shared a photo of orange flames among the redwoods.

The Mariposa Grove, a popular destination at the park, is home to “over 500 mature giant sequoias,” which can exceed 200 feet in height.

President Abraham Lincoln in 1864 signed legislation protecting Mariposa Grove as a site for “public use, resort and recreation,” according to the park’s website.

California has been ravaged by decimating wildfire seasons that last year burned more than 2.5 million acres in over 8,800 incidents and killed three people, according to Cal Fire’s 2021 data.