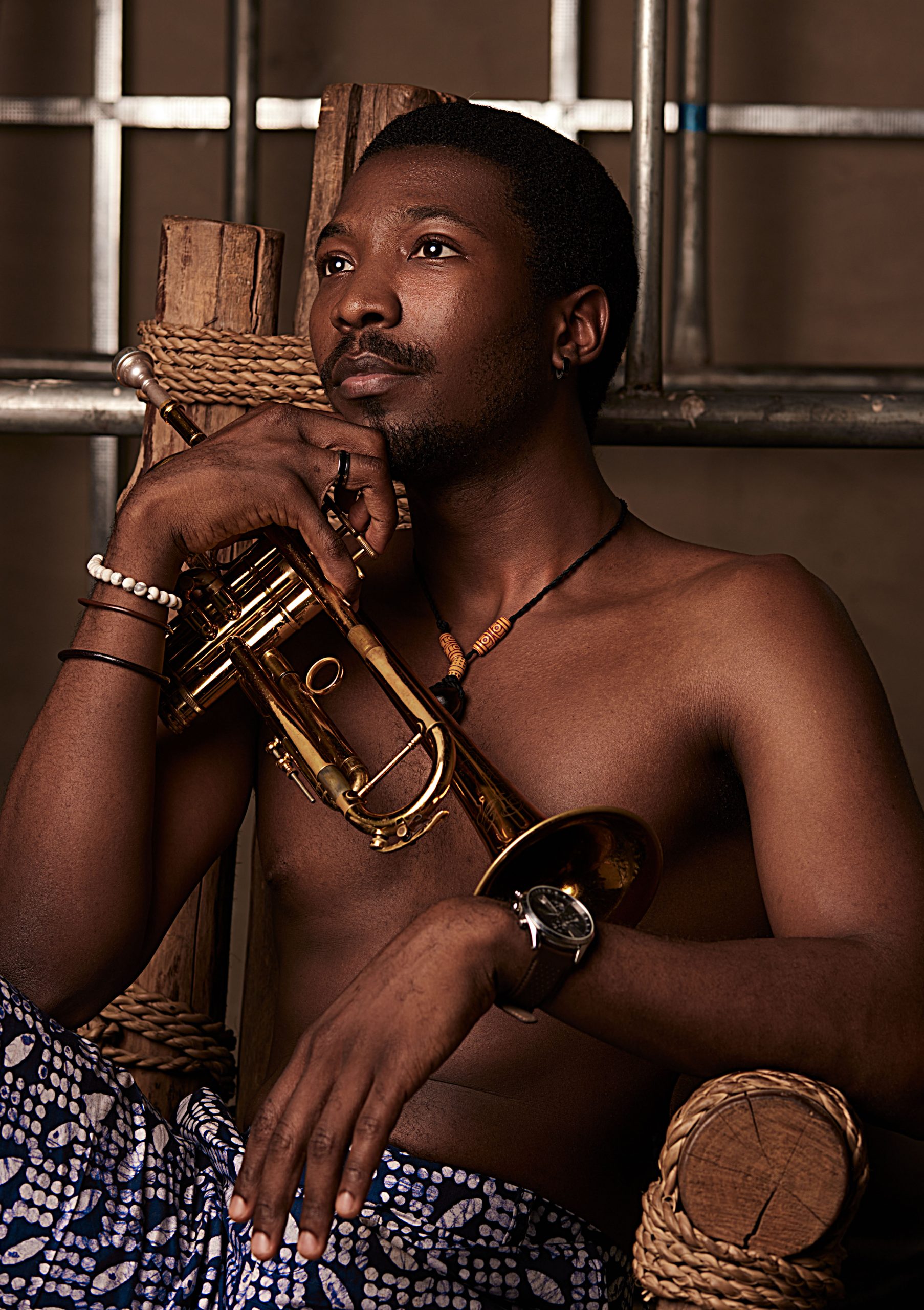 No conversation about Afrobeat would be complete without the mention of the name Fela Anikulapo-Kuti. The Kuti’s dynasty has been the driving force behind Afrobeat – the music genre that awakened the consciousness of the “Black man” in the 70’s and 80’s and as well inspired many artists and genres.

Made Kuti, Fela’s grandson and Femi’s son, is next in line to wield the baton. Made grew up in The New Afrika Shrine in Lagos, studied at Trinity Laban Conservatoire in London, and played in Femi’s Positive Force band from a young age.

On Friday, 5th of February, Made’s debut album For(e)ward alongside his father’s album Stop The Hate was released together as a two-album project titled Legacy + [<- click link to stream].

In this chat with The -, Made discusses his musicianship, the Kuti legacy and the For(e)ward album.

By reason of the Kuti’s legacy, do you feel the pressure to do conscious music?
No pressure at all. I grew up in the shrine with my father playing conscious music for four nights every week. I saw the integrity and passion he delivered every night he stepped on stage and witnessed the direct effects it had on the minds and bodies of people all over the world.
I grew up disliking the huge gap between the rich and poor and hated seeing how unjust and dysfunctional our country is. Every fibre of my being wanted to right as many wrongs as I could and I figured as a young boy what better way to contribute than by doing so with the art form I am so passionate about. Music is my weapon.

What is your favourite instrument and why?
I don’t think I have one. Each instrument allows me to express myself in different ways. Most of the instruments I play are in different families so it is difficult to compare. I really love them all.

If you weren’t doing Afrobeat, what genre would you do?
Honestly, something creative that would stylistically and artistically merge my love for jazz and rock.

Are you open to collaborating with musicians from other genres?
Yes very much so. It is interesting being taken out of my comfort zone. I learn a lot. 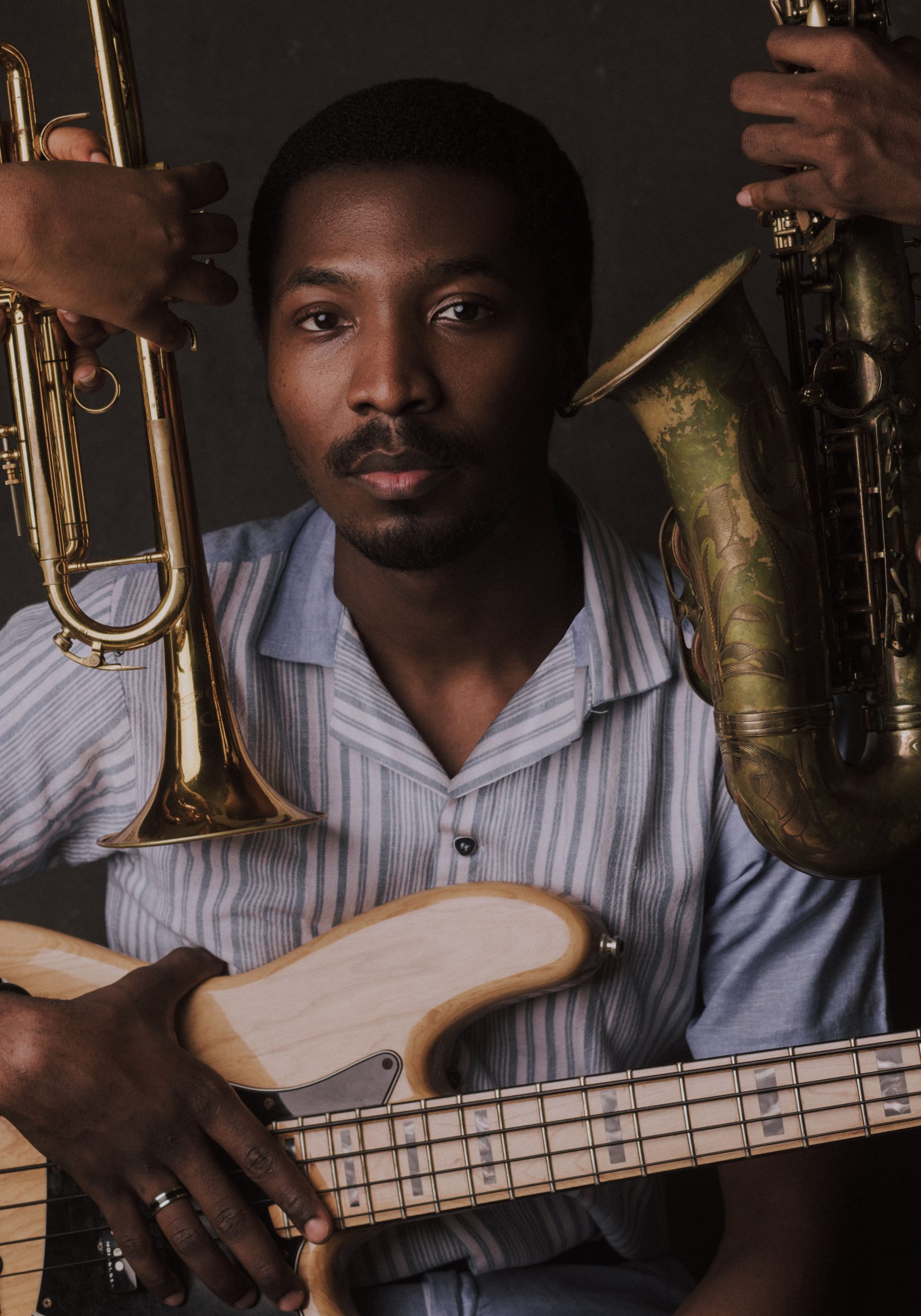 A little birdie hinted that you train up to seven hours on a daily basis, how are you able to maintain that strict schedule?
These days it has been very difficult. I have been having an average of two interviews a day and been working on preparing my band for gigs when live music makes its comeback. But whenever I have the opportunity to, I fix myself on my instruments and that is what I have been doing until things ease up a bit.

What are the factors that influence your music making process?
My concerns, my interests, my emotions, my level of musicianship, everything really. I try to express myself as purely as possible in my works. I dislike feeling like I’m deceiving people or hiding behind a mask.

Would Made have a different sound if he wasn’t a Kuti?
Not so much the name Kuti. More so the exposure and tutelage I’ve had growing up in the Kuti family. If I wasn’t informed as a young man, I might not have developed the intellect to distinguish between surface and depth.

What has been your most recent professional setback and how did you overcome it?
Every day is a challenge honestly. When you are aware of the level of musicianship around the world it either inspires or breaks you. If it inspires you, you understand just how many hours of practise and dedication that is required to master your craft.

Do you ever envy artistes who have no standard/legacy (family or otherwise) to live up to? (Maybe because they are free to create as they like)
I have never even thought of it. But now that you mention it, no I don’t. I have always considered myself to be very fortunate

Tell us about your album, For(e)ward and the inspiration behind it?
It’s about progress. Moving forward. Understanding what has been, what is, and what we can become as a people. It is about breaking the shackles of restricted education and seeing life for what it is. It’s about growth. It’s about loving ourselves but understanding progress requires effort.

How do you unwind?
I read, watch anime, play FIFA, play chess with a few strangers online. Simple things.

FG Reveals Type Of COVID-19 Vaccine To Be Given To The...

Man Sponsored To School By Davido Graduates With First Class