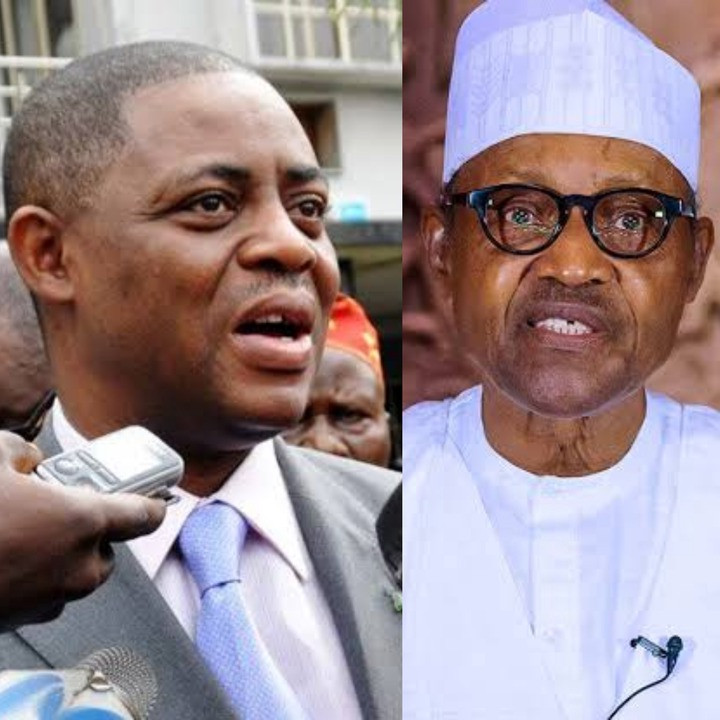 Former Minister of Aviation, Femi Fani Kayode has reacted to the recent suspension of Twitter operations in Nigeria by the federal government of Nigeria.

The federal government through the Ministry of Information announced on Friday evening that the microblogging platform has been suspended in Nigeria.

The ban came days after the platform deleted tweets from President Buhari’s handle.

Reacting to the move by Nigerian Govt to ban Twitter in Nigeria, Femi Fani Kayode described the decision as “absurd and counterproductive.” He also said that whoever advised the president to suspend Twitter is his biggest enemy.

“Suspending @Twitter from Nigeria simply because they removed a dangerous, irresponsible & insensitive tweet by @MBuhari is the most absurd and counterproductive move that the FG could have made. Whoever advised Mr. President to make this indefensible move is his biggest enemy”, Femi Fani Kayode said. 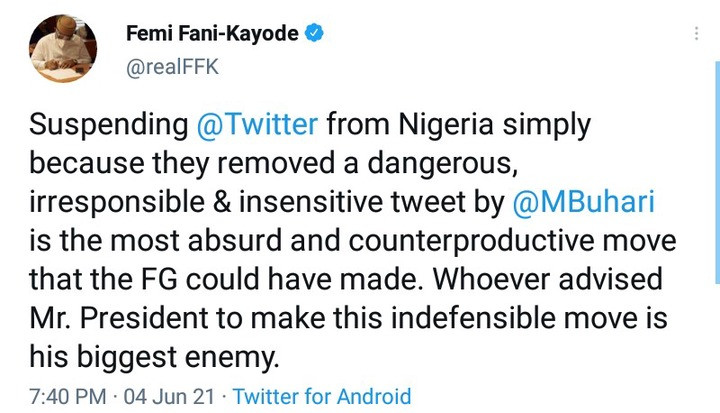