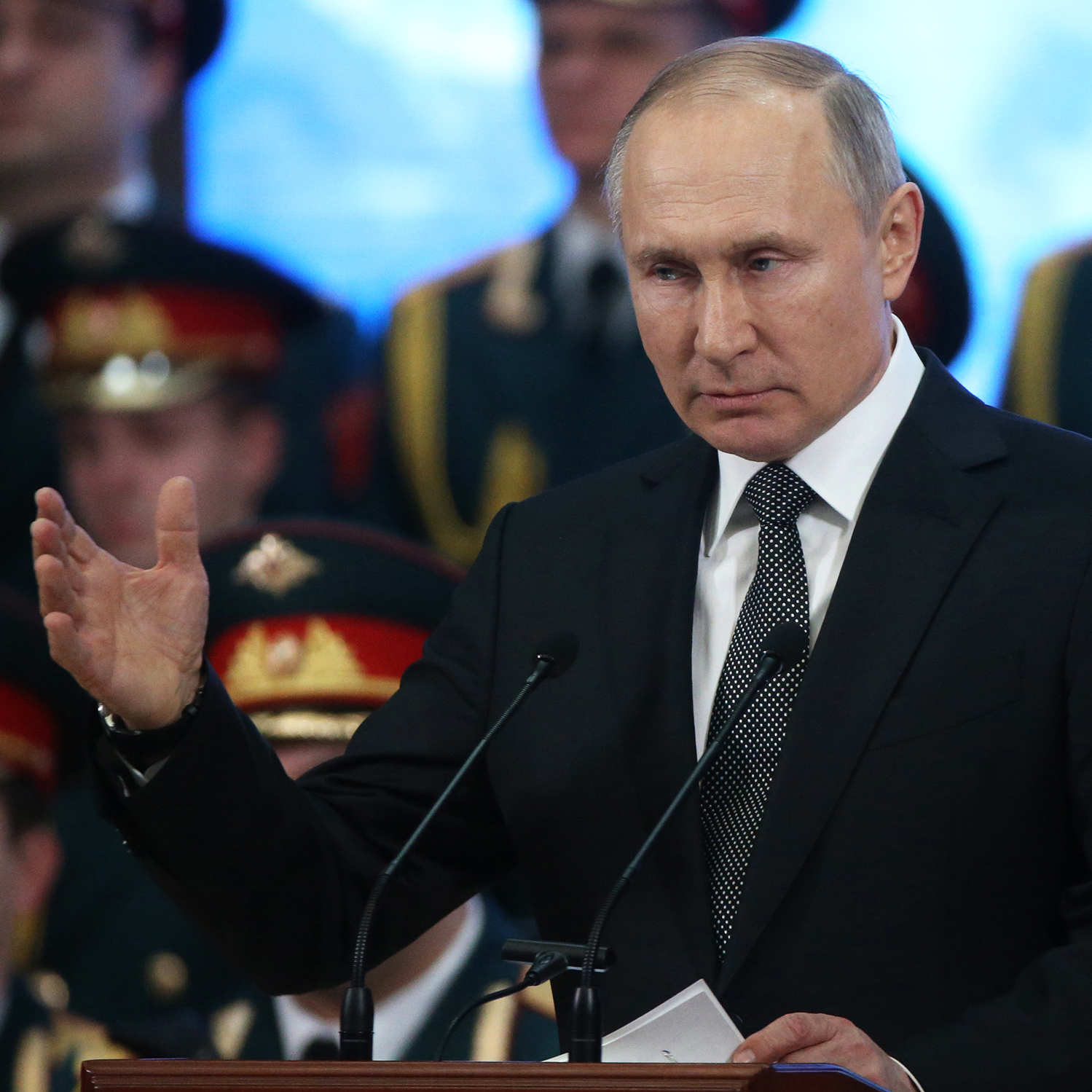 The escalating crisis on the border of Ukraine isn’t just about Ukraine; it’s the new front line in the battle between freedom and autocracy.

If Ukraine falls, what’s to stop Chinese ruler Xi Jinping from feeling sufficiently emboldened to seize Taiwan? Why would Iran give up its nuclear program?

For all of his claims that he’s concerned about NATO enlargement, what Russian dictator Vladimir Putin likely fears most is any hint of democratization in surrounding countries. As Ukraine continues to develop as a democracy, it threatens Putin’s image as Russia’s savior and invites questions about Russia’s lack of freedom that he’d rather not hear. To defend his own rule, he has an interest in preventing democracy from taking root nearby.

And Putin isn’t alone. He’s part of a network of tyrants who are united in their determination to see freedom fail. It’s clear that these autocrats and aspiring autocrats learn from one another to protect themselves and expand their power. Upon realizing that accusations of “fake news” are a great way to muddy the waters of what’s true, a steady stream of rulers with autocratic tendencies have cried “fake news” whenever their dirty deeds have come to light — from Bashar al-Assad in Syria to Nicolás Maduro in Venezuela to Viktor Orbán in Hungary.

Such tactics, of course, are merely new manifestations of a long-standing effort to combat democracy. After all, even though branding the media as the “enemy of the people” was recently popularized in the U.S. by then-President Donald Trump, it has an illustrious history in none other than the Soviet Union, where it was a formal part of the penal code used to silence dissent. Aspiring autocrats have begun weakening the foundations of democracy with groundless claims of election fraud, while some rulers who have already consolidated their power are able to engage in old-fashioned election-rigging to stay in office.

Communist, nationalist, Islamist and other authoritarian regimes often learn from and support one another not because they share an ideology, but because, in an inversion of the famous Martin Luther King Jr. quotation, the existence of freedom anywhere poses a threat to tyranny everywhere.

We saw this in 1980, when the Solidarity trade union formed in Poland, putting the country on the path toward democratization and inspiring citizens of nearby nations to challenge their communist dictatorships; the Soviet Union collapsed a decade thereafter. More recently, beginning in 2010, when the Arab Spring began, protests in Tunisia toppled the government, leading to widespread demonstrations and unrest in Egypt, Yemen, Libya, Bahrain and Syria.

Since Putin came to power two decades ago, he has done what he could to limit such change. When over 100,000 people last year rose up against the Belarusian dictator, Alexander Lukashenko, Russia propped him up. When similar protests erupted in Kazakhstan this winter, Russia sent in the troops. And in Syria, when Assad’s government was threatened, Russia (and Iran) came to its rescue.

As autocrats win these battles and advance, they turn their attention to undermining foreign democracies and extending the front lines farther from home. Russia runs disinformation campaigns in free countries. Iran supports drug cartels in Mexico through its proxy Hezbollah and plots kidnapping and murder on U.S. soil. Belarus weaponizes refugees against Europe and hijacks an Irish airliner, contracted by Poland, as it flies from Greece to Lithuania — all members of the European Union.

If Ukraine falls, what’s to stop Chinese ruler Xi Jinping from feeling sufficiently emboldened to seize Taiwan? Why would Iran give up its nuclear program when Ukraine’s predicament is a result, at least in part, of its having agreed to give up nuclear weapons in return for aid and security assurances? And what happens when Russia assesses that NATO won’t honor its treaty obligations to protect smaller members like the Baltic states?

Garry Kasparov, the chairman of my organization, the Renew Democracy Initiative, and a former world chess champion, once told me that in the early 2000s, he and former Russian Deputy Prime Minister Boris Nemtsov warned that Putin might be their problem for now, but very soon he’d be the world’s. This proved prescient, though unfortunately Nemtsov was assassinated before he could say, “I told you so.”

The free world didn’t listen back then. It failed to coordinate significant sanctions to stop Putin when the cost of doing so would have been less. Instead, Putin kept his seat in the G-8. His cronies were allowed to park embezzled Russian money in the West. And even former democratic leaders such as Germany’s Gerhard Schröder and France’s François Fillon joined Putin’s payroll.

Now, with over 100,000 Russian troops on Ukraine’s border, we can still stop Putin, but interest has accrued, and the cost has gone up. We can’t afford to delay any further.

If we truly believe, as President Joe Biden said at the Summit for Democracy in December, that the “defining challenge of our time” is autocracy versus democracy, then we must decide to actually fight! The free world must unite in defense of freedom in the same way that dictators have been uniting in support of authoritarianism.

The Renew Democracy Initiative’s Frontlines of Freedom project is a call from those who have put their lives on the line for democracy to those living in the free world to join the fight. We must use the rights that those in unfree countries wish they had to combat disinformation, support democratic reforms and vote for those who believe in democracy.

This also means demanding that our leaders stand firm against authoritarians. The Russia sanctions Congress is considering are a good start. The U.S. should also help its European allies meet their energy needs without giving Putin a Nord Stream 2-shaped knife that he can put to Europe’s throat.

Most important, we should approach dictators in a way that allows us to engage when necessary but not confer any legitimacy they didn’t earn. The Biden administration, for instance, made the right choice by excluding Turkey and China from the Democracy Summit, and now it should make the same choice not to invite Cuba, Venezuela or Nicaragua to the Summit of the Americas, which the U.S. is hosting in June.

This struggle is a time when morality and self-interest coincide. We must do the right thing not only because it is the right thing, but also because global freedom is at stake. The free world has every advantage, but to win, it must first decide to fight.