Home World News What Putin wants in the Russia-Ukraine standoff — and how he could...
Facebook
Twitter
WhatsApp
Telegram
Email 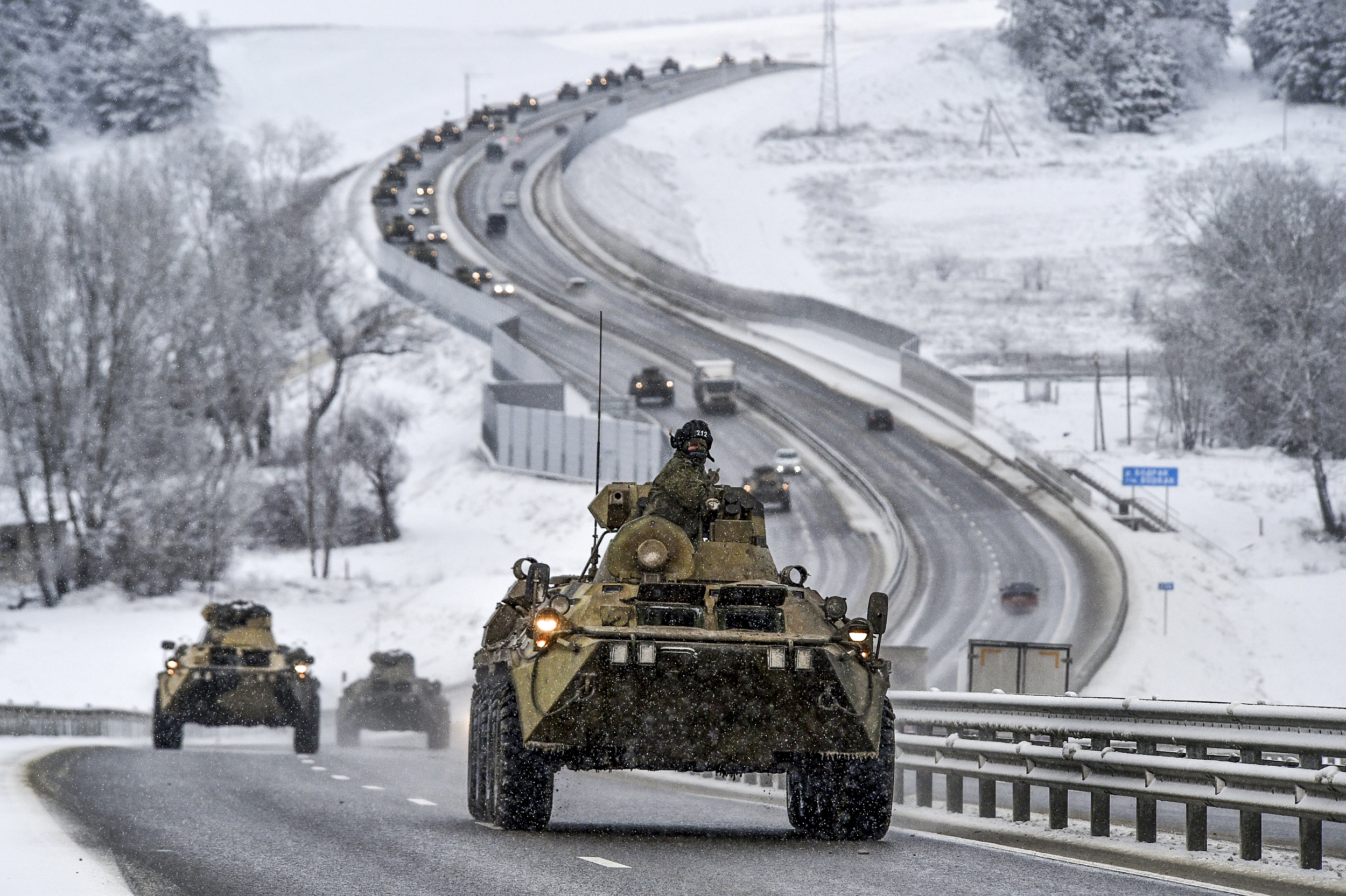 What has Putin demanded?

The Kremlin’s official line amid the current standoff centers on Putin’s demands for security guarantees for Russia that would include a stop to NATO’s expansion eastward, and a formal veto on Ukraine from ever joining the military alliance. It also wants NATO to roll back its military deployments in the region.​​ The demands would significantly redraw Europe’s security landscape and have been largely dismissed by Washington and the military alliance.

Putin’s statements on Ukraine’s history and statehood have given rise to a view among Russia observers that he sees Ukraine as “unfinished business” and wants to follow the seizure of Crimea with further action to bring the country back under Moscow’s influence, as he entertains an ambition to reconstitute a Moscow-led Eastern bloc reminiscent of Soviet times.

“He is personally, deeply and emotionally invested in recovering Russia’s former power over his neighbors,” said Keir Giles, a senior consulting fellow of the Russia and Eurasia Program at the London-based think tank Chatham House.

Seeing Ukraine slowly but surely drifting out of the Kremlin’s control and aligning with the West, Putin could be feeling that “the moment is right” to reassert his long-held claims to a greater extent of Russia’s power, Giles added.

Since Kyiv’s pro-Russian government was toppled in 2014, Moscow has wanted to bring Ukraine back into its sphere of influence. But the current crisis also comes during heightened tensions between the Kremlin and the West, sparked by Washington’s accusations that Russia meddled in the 2016 presidential election, used chemical weapons to go after its enemies abroad, and intensified a crackdown on any form of dissent at home, including imprisoning the opposition leader Alexei Navalny.

Russia has grown in both capability and confidence, and the combination seems to have convinced Putin that he is in the best possible position to reassert his demands, Giles said.

Russia’s capabilities have grown as a result of a decadeslong program to reconstitute its military power, he added, and the Kremlin’s confidence has grown because of the consistent failure of the West and Western institutions to deter its geopolitical ambitions.

While some Western officials have questioned the Kremlin’s assertion that it’s threatened by NATO, there is no doubt Russia aspires to roll back security in Eastern Europe, and remove the  U.S. and NATO as guarantors of security in the region, Giles said.

The end result would be a continent that is dominated by Russian military power and held at risk by Russian missiles, he added.

The growing number of Russian troops on the Ukrainian border and now in Belarus has been the “hypnotist’s watch” for the West, Giles said, accomplishing a Kremlin goal of “terrifying” the U.S. and its Western allies into opening negotiations with Russia on the future security of Europe — a topic that “ought to be off the table.”

Ukraine is just an “unfortunate victim and the most convenient place for Putin to mount his demands with menaces,” according to Giles.

His comments echoed those of Ukrainian lawmaker Oleksiy Honcharenko, who told Russia’s TV Rain on Saturday that Moscow was using Ukraine as a “pain point” to blackmail the West.

Putin’s motivation also could include a desire to shore up his base at home — a popular military victory as a way to distract from domestic problems.

His popularity among Russians spiked after the annexation of Crimea in 2014.

“Putin would, no doubt, be happy to be able to present a foreign policy victory over the West, whether it is real or illusory, in the run-up to his reanointment as president in 2024,” Giles said.

Putin could run for up to two more six-year terms once his current mandate expires, after a contentious legislative change in 2020.

Still, military action in Ukraine could be tricky to sell to the Russian public, especially if the standoff turns into a prolonged conflict. Secretary of State Antony Blinken appealed to that in a speech in Berlin last week, warning Russians about “a pointless war” with their neighbor and “young people who will risk or even give their lives to it.”

Maintaining tension over Ukraine also helps Putin reinforce his image of a resolute defender of Russia’s interests at home.

“He wants to elevate his own status and Russia’s status in the international area, and consolidate recognition of the exclusivity of Russia’s interests,” said Volodymyr Fesenko, a Kyiv-based political analyst and head of the Penta Center, think tank. “He wants people to feel afraid. That’s important to him.”

Will he or won’t he?

Experts and military analysts are divided on whether Putin intends to engage in a full-blown war with Ukraine. The U.S. and its allies say Russia has been massing forces around the east and south of Ukraine for months. The Russian Defense Ministry shared photos this month of its forces moving into Belarus as part of a joint military drill in February — increasing military presence near Ukraine’s northern border and heightening tensions.

A similar buildup, although on a smaller scale, unnerved the world last April, with Moscow amassing tens of thousands of troops near the Ukrainian border, but ordering a withdrawal after weeks of tensions.