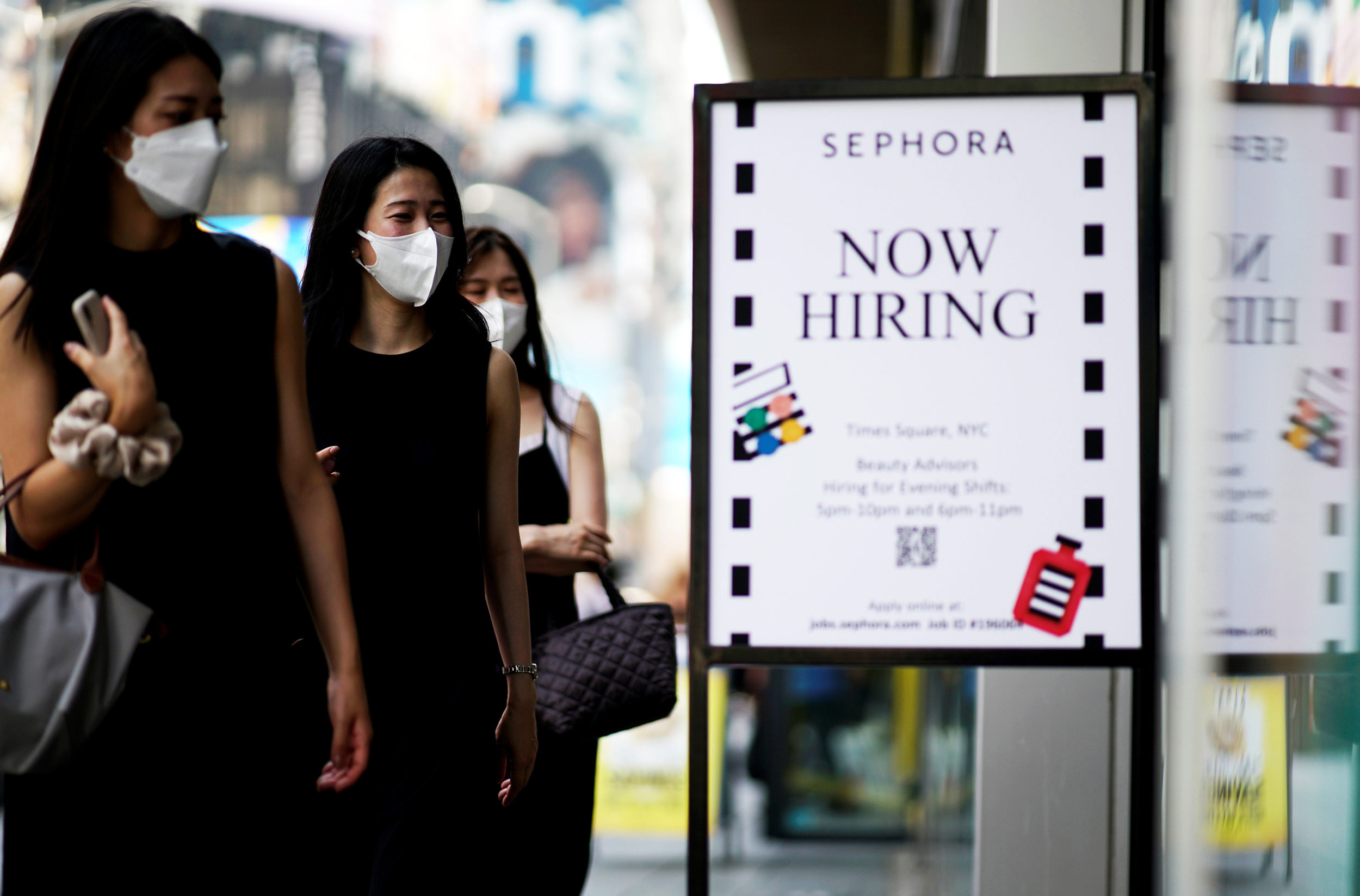 The latest weekly initial jobless claims dropped below 300,000 for the first time since the pandemic began, according to data released Thursday by the Department of Labor.

The latest number roundly beat out economists’ forecasts of 318,000, and is an indication that companies are holding on to their workers amid a tight labor market.

“A big drop in unemployment claims for the most recent week finally cracked the 300,000 barrier and is the strongest evidence yet that the Covid-19 delta wave has lost its influence on layoffs,” said Robert Frick, corporate economist at Navy Federal Credit Union. “Hopefully, we can quickly resume dropping to the pre-Covid era average of about 200,000.”

Thursday’s figure contrasts with the latest monthly employment report, which showed the slowest job growth so far this year, with just 194,000 jobs added during the month of September. That came amid hopes that the end of extended unemployment benefits, schools reopening and continued vaccinations would boost hiring.

“With so many jobs available and opportunities to work remote at least some of the time, the good news is that workers stand a reasonable chance of improving their employment situation, including better pay and working conditions. Clearly, that’s what many want,” said Mark Hamrick, senior economic analyst at Bankrate.