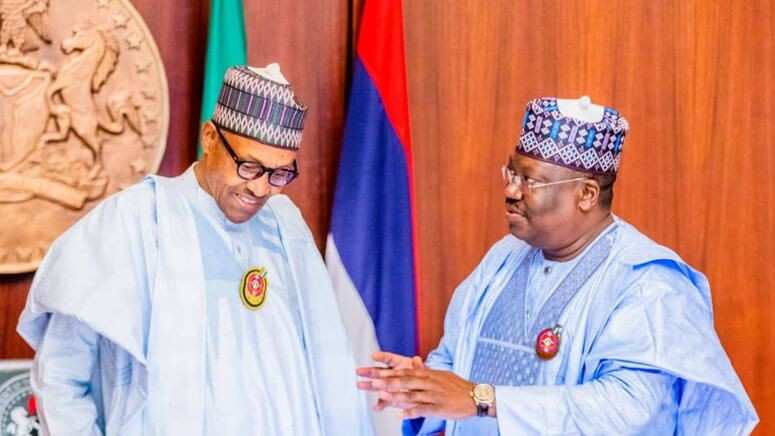 Senate President Ahmad Lawan has issued a warning to President Buhari’s appointees following the continous face-off that has been recorded between the executive cabinet members and the legislature in the last few weeks.

“I believe that should be the end of it (appointees knocking heads with legislature). We believe that we should work together.

“Mr President made it very clear that he is not going to tolerate any of his appointees doing things that are not respectable, things that have no dignity to the National Assembly.

“We are not going to tolerate that because anyone who wants to see Nigeria progress will continue to ensure that this consultative forum produces the kind of result and outcomes that will make Nigeria better in terms of governance.”

The Senate President who noted that the legislature would always perform its oversight function and check possible excesses of the executive, added that it is incumbent upon APC leaders at all levels and as a party to ensure they met expectations and aspirations of Nigerians by fulfilling the promise made to them during the electioneering campaigns.

“But we also believe that separation of powers also means there should be cooperation, consultation, coordination and partnership for the benefits of the people of this country. This is not in any way to compromise the different functions we’re tasked and scheduled to discharge.”

Dr. Dre back in the studio days after his release from hospital for brain aneurysm (Photo)