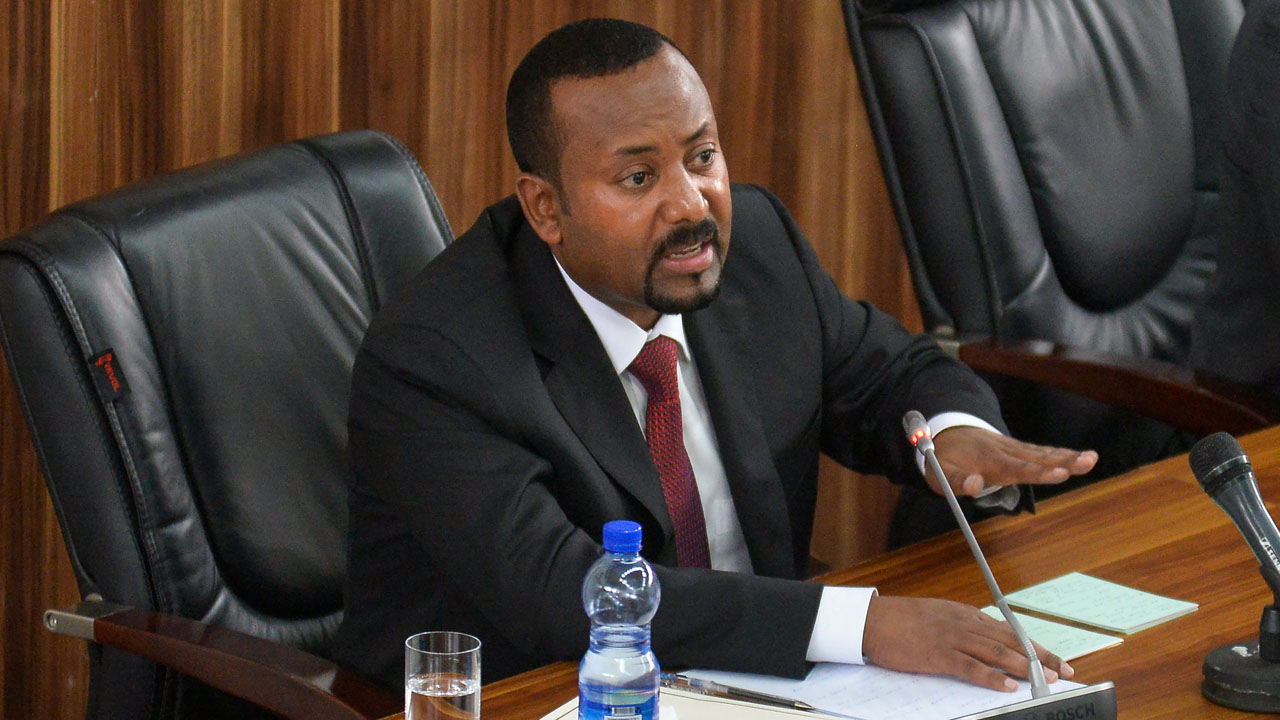 Ethiopia’s Prime Minister Abiy Ahmed delivers a speech at the House of Peoples’ Representatives of Ethiopia on the current political and economic issues of the country on February 3, 2020, in Addis Ababa. (Photo by MICHAEL TEWELDE / AFP)

Ethiopian Prime Minister Abiy Ahmed said Tuesday his country did not want war with Sudan, as tensions over a contested region along their border spark fears of broader conflict.

“Ethiopia also has many problems, and we are not ready to go to battle. We don’t need war. It is better to settle it in a peaceful manner,” Abiy told parliament in remarks translated into English for a live TV broadcast.

He stressed later that Ethiopia “did not want war” with their neighbour over this decades-old territorial dispute, describing Sudan as a “brotherly country” whose people loved Ethiopia.

The fertile farmland is claimed by both countries and has been a flashpoint for conflict, most recently as fighting in Ethiopia’s Tigray region sent some 60,000 refugees fleeing into Sudan.

As violence in Ethiopia came closer, Khartoum sent troops into the Al-Fashaqa region, “to recapture the stolen lands and take up positions on the international lines,” Sudan’s state media reported.

A string of deadly clashes followed, with both sides trading accusations of violence and territorial violations.

Sudan has in recent weeks claimed to have regained control of large swathes of the region, insisting it had always fallen within its boundaries.

Meanwhile, Addis Ababa accused Khartoum of having “invaded land that is part of Ethiopia’s territory”, warning it would resort to a military response if needed.

The tit-for-tat exchanges stoked fears of a wider conflict erupting between the regional rivals.

It comes amid tension over the Grand Ethiopian Renaissance Dam, a mega-dam on the Blue Nile, which downriver Khartoum and Cairo view as a threat to their water supply.