Home News We Don’t Have Power To Alter All Parts Of The Constitution –...
Facebook
Twitter
WhatsApp
Telegram
Email

Deputy Senate President, Ovie Omo-Agege says all parts of the current constitution cannot be altered as many would have it modified.

Senator Omo-Agege who on Thursday was a guest on Newspot’s Politics Today urged all those agitating for a new constitution to mount pressure on their representatives at the National Assembly.

Constitution amendment and review has been an issue of debate in Nigeria for quite a while with many calling for the total repealing of the present charter.

The proponents of the repeal process argue that the 1999 Constitution upon which the nation currently operates is not a ‘peoples constitution’. According to these advocates, the present canon is flawed and was forced upon Nigerians by the military. 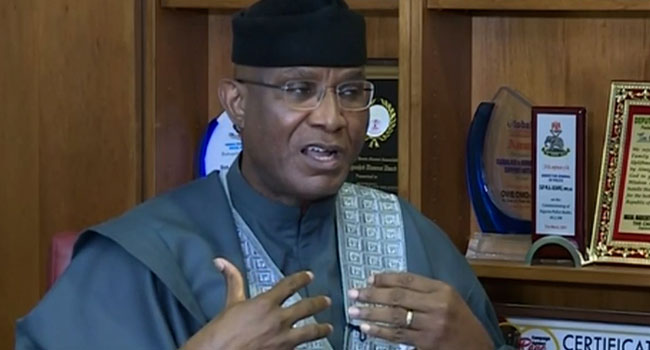 For those who seek to repeal the Constitution, an amendment will not suffice, however, Senator Omo-Agege in his interview stated that the legislators “do not have the power to write a new Constitution,” adding that the only power invested in the legislature is the ability to alter.

According to him, the extant legal order only provides for alterations, not a total overhaul.  He stressed that Section 9 which some often quote, envisages that any provision of the constitution can be altered, but not all at once.

Omo-Agege further disclosed that for a rewrite of the constitution to be done, then Section 9 would have to be amended, however, for this section to be revised, then four-fifth vote in the Senate which is about 88 Senators out of 109 and about 288 members of the House of Reps.

The Deputy Senate President said a bill needs to be put forward to effect an amendment of Section 9, however, noted that it is very difficult to muster the vote needed for a revision of the section that could give the power needed to have the present constitution repealed.

The lawmaker assured Nigerians that President Muhammadu Buhari is interested in the constitutional review process and will assent to any bill that emanates from it.

He also promised that the Senate will work towards an inclusive amendment of the constitution free from the manipulations of political actors.