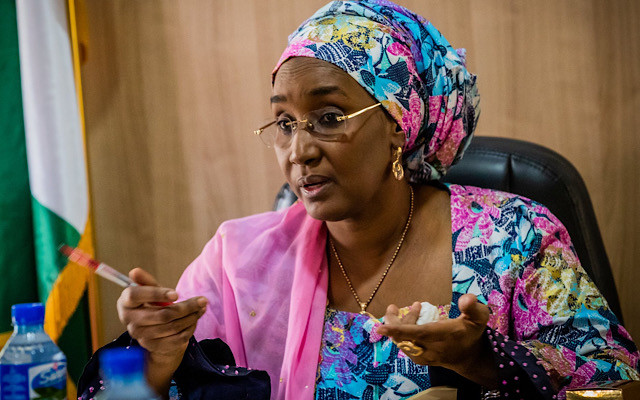 Minister of Humanitarian Affairs, Disaster Management and Social Development, Sadiya Umar-Farouq on Tuesday October 27 revealed that her ministry has disbursed over N6 billion to poor households in six out of the 14 local government areas of Zamfara under the 2020 Conditional Cash Transfer (CCT) scheme.

Speaking during the flag off of Grant for Rural Women Project in Gusau, Sadiya said the programme was launched to address deficiencies in capacity and lack of investment in human capital of poor and vulnerable households.

The Minister said 130,000 beneficiaries from Anka, Bungudu, Birnin Magaji, Kaura Namoda, Tsafe, and Talata Mafara local government areas received between N30,000 and N80,000, based on the dates each beneficiary was enrolled into the programme.

“The programme is designed to deliver timely and accessible cash transfers to beneficiary households.

“And sets to support development objectives and priorities, to achieve improvement in health and nutrition, school enrolment and retention, environmental sanitation and empowerment among others.”

On the Grant for Rural Women programme, Sadiya said;

“It is designed to provide a one-off grant to some of the poorest and most vulnerable women in rural Nigeria.

The Minister who noted that these programmes were launched in line with President Buhari’s plan of lifting 100 million Nigerians out of poverty in 10 years, commended the women empowerment initiative of Zamfara Governor, Bello Matawalle, which she noted was worthy of emulation by others.

Parler Could Return To App Story With Reforms, Says Cook –...