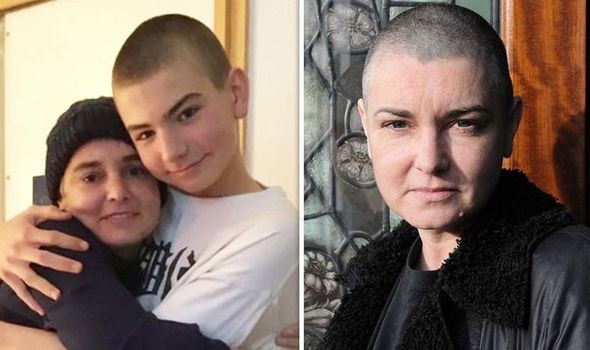 Sinead O’Connor has shared more tweets in which she made scathing accusations that her 17-year-old son was discharged from Child and Adolescent Mental Health Services (CAMHS) just one month before his death despite making ‘detailed funeral plans’.

Yesterday, the Irish singer took to social media yesterday to attack CAHMS, the child and family agency Tusla, and the Irish state for ‘failing’ Shane, 17, who took his own life by hanging himself after he escaped from the hospital last week.

The heartbroken mother, 55, confirmed Saturday on Twitter that her ‘beautiful’ son Shane, who she described as ‘the light of her life’, had ‘decided to end his earthly struggle’.  But O’Connor went on a tirade in which she promised Tusla ‘a storm is coming’ and said the only contact she had received from the agency was from the media office trying to ‘avoid negative publicity’.

She went to warn the younger generation by declaring that ‘suicide will not bring you peace’ and said ‘the next poor well-meaning sod who says to me about my son “at least he is at peace now” is going to get their lights punched out’.

The Irish singer also alleged her son said he learned how to make the noose he used to commit suicide on the computer in the child’s psychiatric ward at Linn Dara hospital. 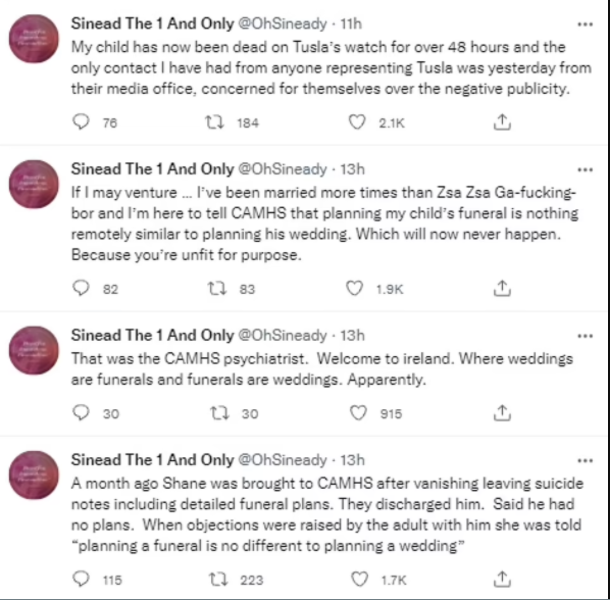 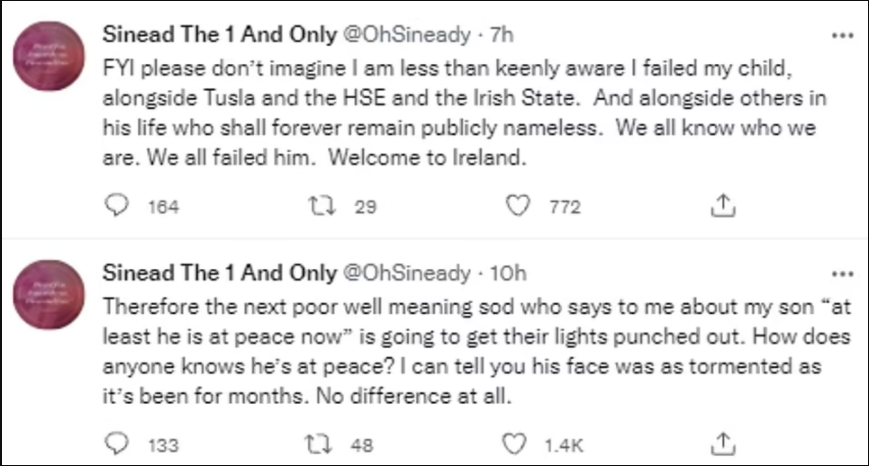 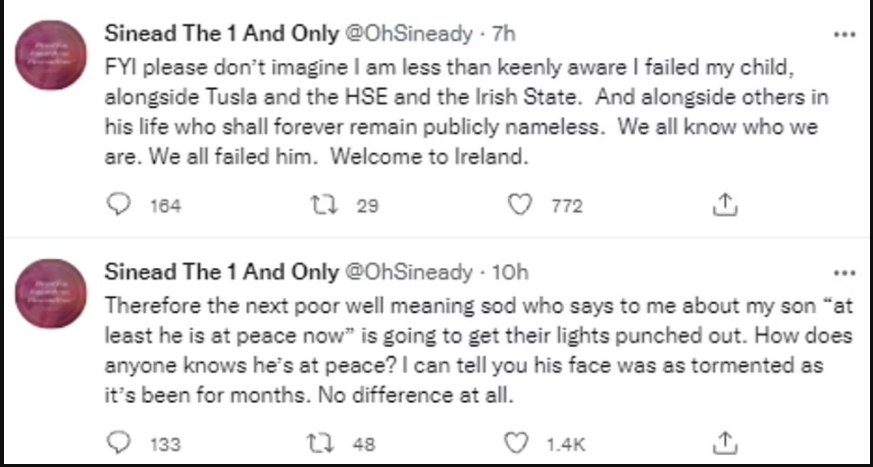