The West African Examination Council (WAEC) has conducted the 2020 Senior School Certificate Examination (SSCE), in Chibok Local Government, Borno State, the first time since the abduction of over 200 schoolgirls in the area by Boko Haram insurgents, six years ago.

The 7 Division, Nigerian Army, disclosed this on Thursday.

Schools in the local government were closed by the Federal Government following the abduction of the girls from the Government Girls’ Secondary School Chibok on April 14, 2014.

Six years after the incident which led to the formation of the Bring Back Our Girls (BBOG) advocacy group, the school has now been converted into a mixed school (for boys and girls).

Out of the 219 schoolgirls abducted by the insurgents, 107 have regained freedom after various rescue efforts and mediated negotiations between the Federal Government and the terrorists.

President Muhammadu Buhari who rose to power on a three-pronged agenda of fighting insecurity, ridding the country of corruption and revamping the economy, had at various fora restated his resolve to rescue other schoolgirls still in captivity.

“Diverse efforts are being intensified to secure the release of the Chibok Girls, along with all hostages in Boko Haram captivity, including Leah Sharibu who was kidnapped from her school, Science Secondary School, Dapchi, Yobe State, on February 19, 2018,” the Nigerian leader said in commemoration of the fifth anniversary of the abduction of the Chibok girls.

Below are photos of students sitting for the WAEC examination in Chibok: 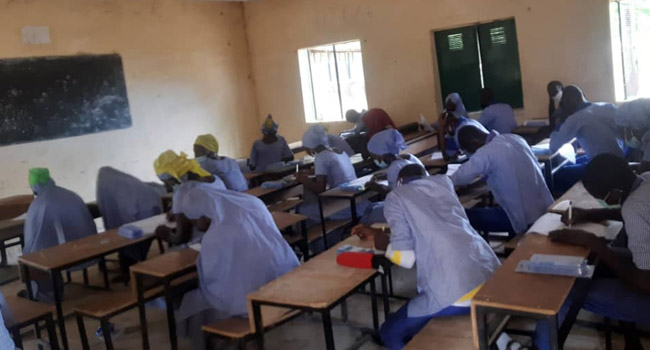 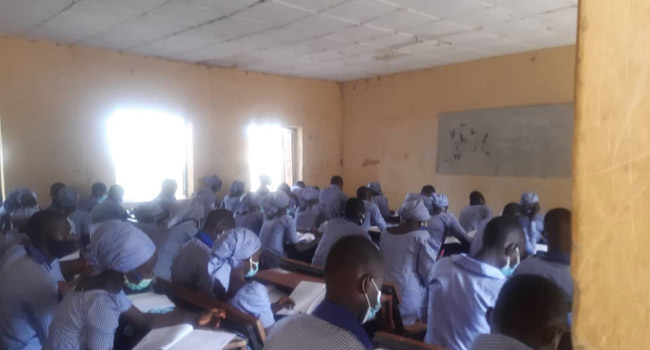 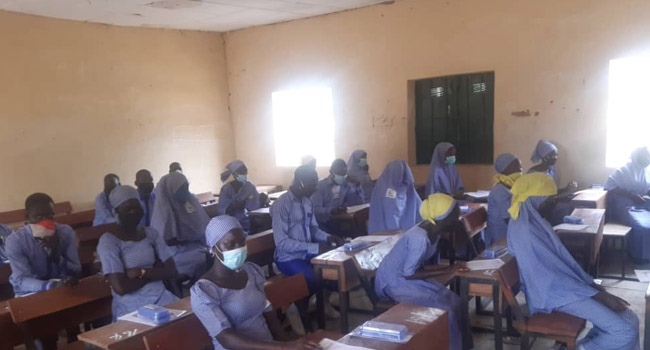 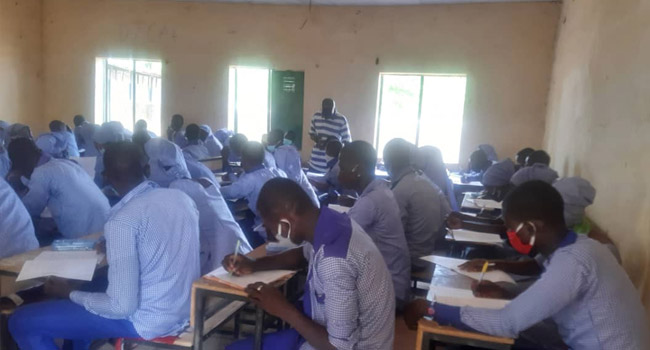 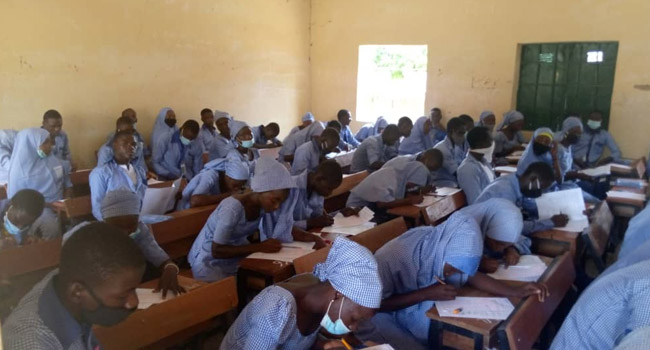