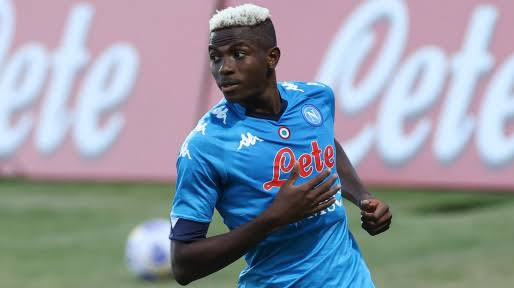 Nigeria international striker, Victor Osimhen has made his European football debut for new club Napoli as he was handed a starting role by the Italian club in Thursday night’s clash against AZ Alkmaar. 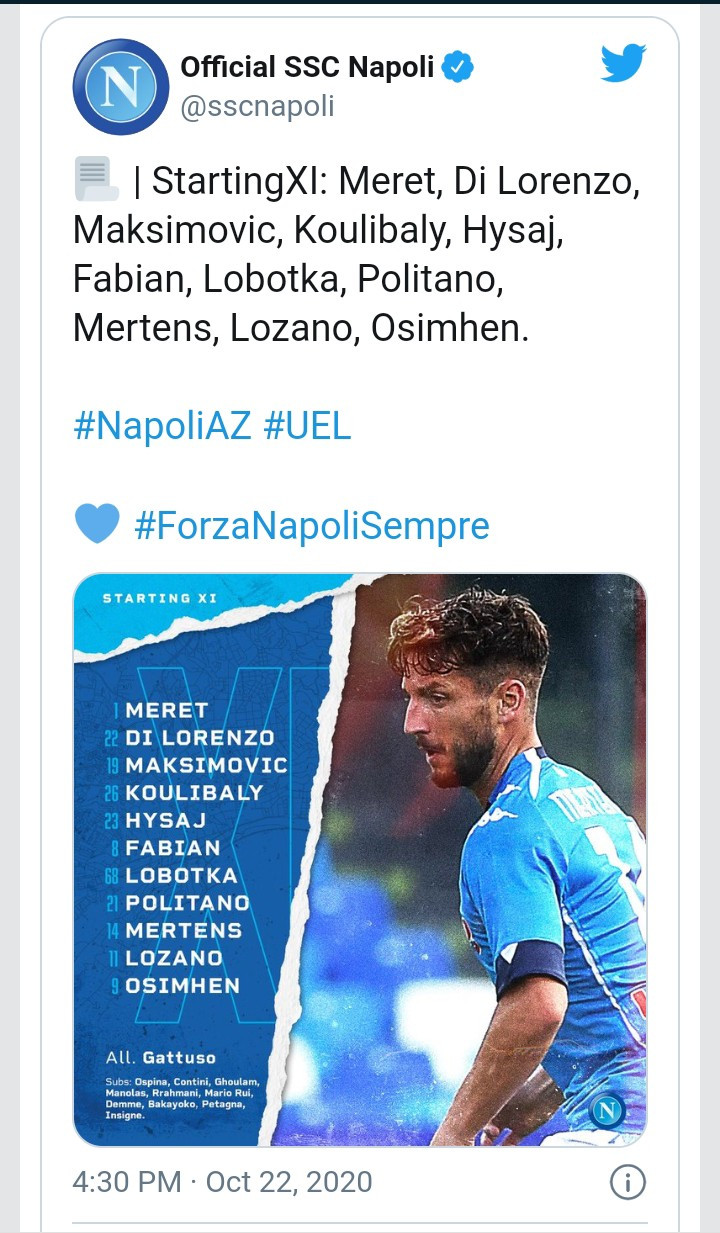 Osimhen scored 18 goals in 38 appearances for Lille in the 2019-20 season, before moving to Napoli in a deal reported to be worth €50 million (£45m/$59m), making him Nigeria’s most expensive player in history.

The team coached by Gennaro Gattuso’s are in Group F alongside Rijeka, and La Liga giants Real Sociedad.