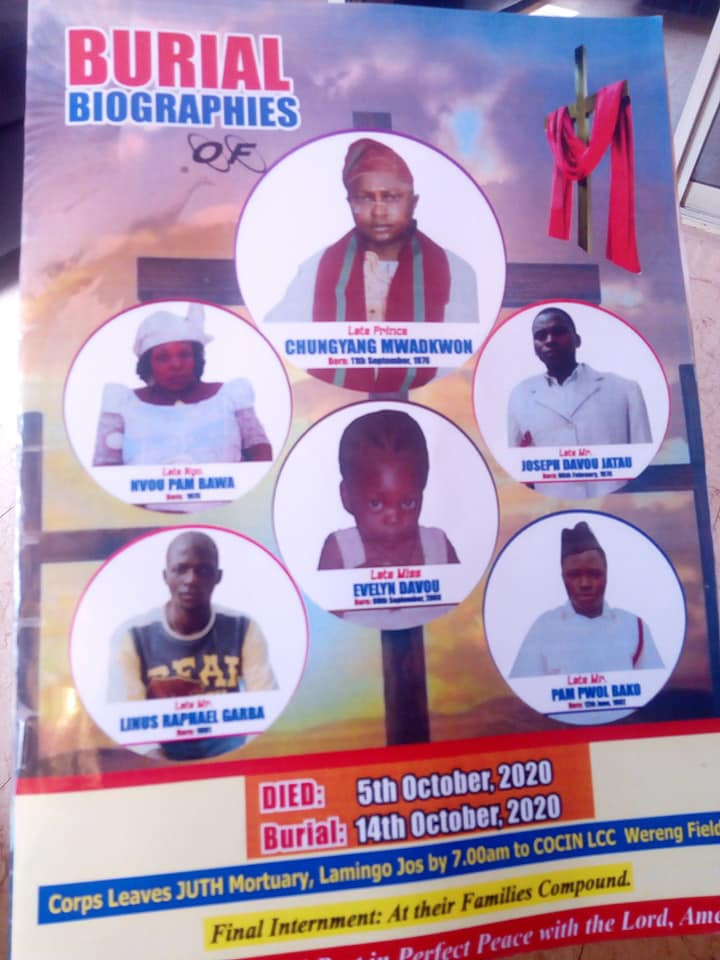 Wednesday, October 14th was a sad day for the people of Wereng community in Riyom Local Government Area of Plateau State as they laid to rest, Prince Chungyang Mwadkwon, a little girl and four others that were gruesomely killed by suspected Fulani militia.

Recall that the Prince Mwadkwon, who was awaiting coronation and other victims were murdered by the suspected militia on October 5, 2020. Many others were injured in the attack. See previous report Here 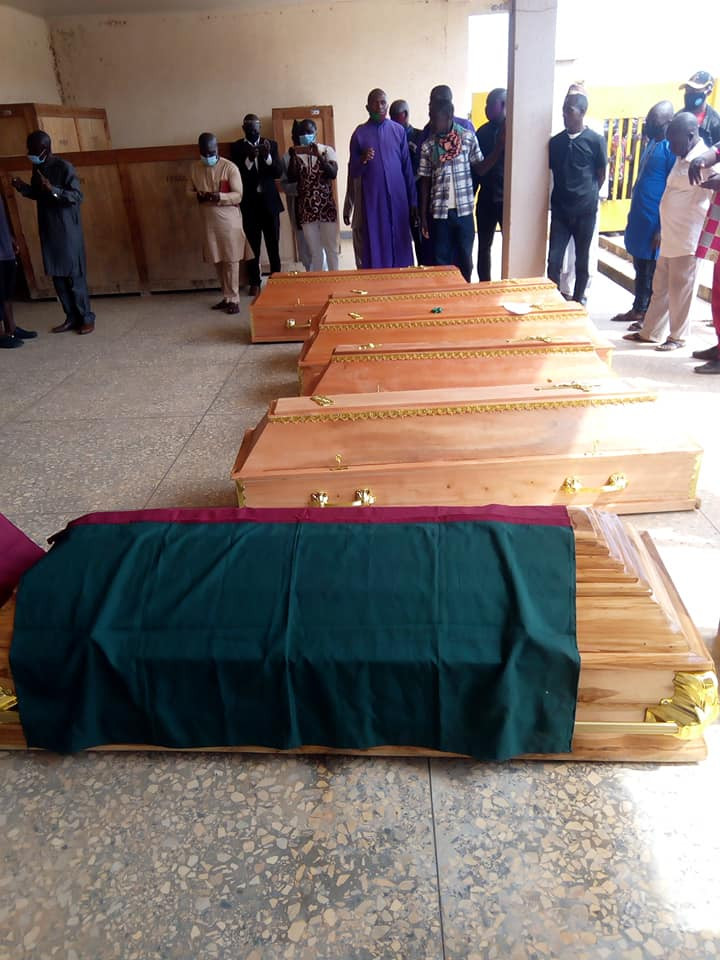 Condoling with the people of the community, the Transition Committee Chairman, Riyom LGC, Hon Mafeng Gwalson assured them that the perpetrators of this act will surely be arrested and be made to face the full wrath of the law and that the attackers are known.

He thanked the security apparatus within the LGA for what they have done so far in arresting some of the killers of these innocent souls.

Gwalson also advised the people of Riyom LGA never to take the law into their hands but continue to be law abiding citizens by reporting any suspicious movement or any stranger cited within the communities to the security personnel.

More photos from the burial below… 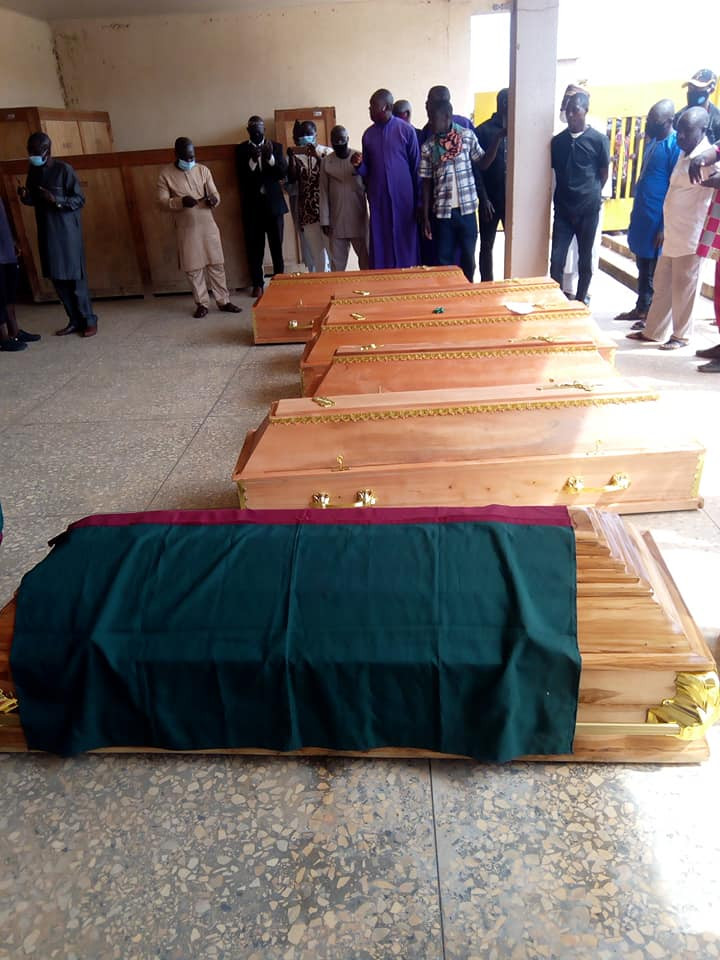 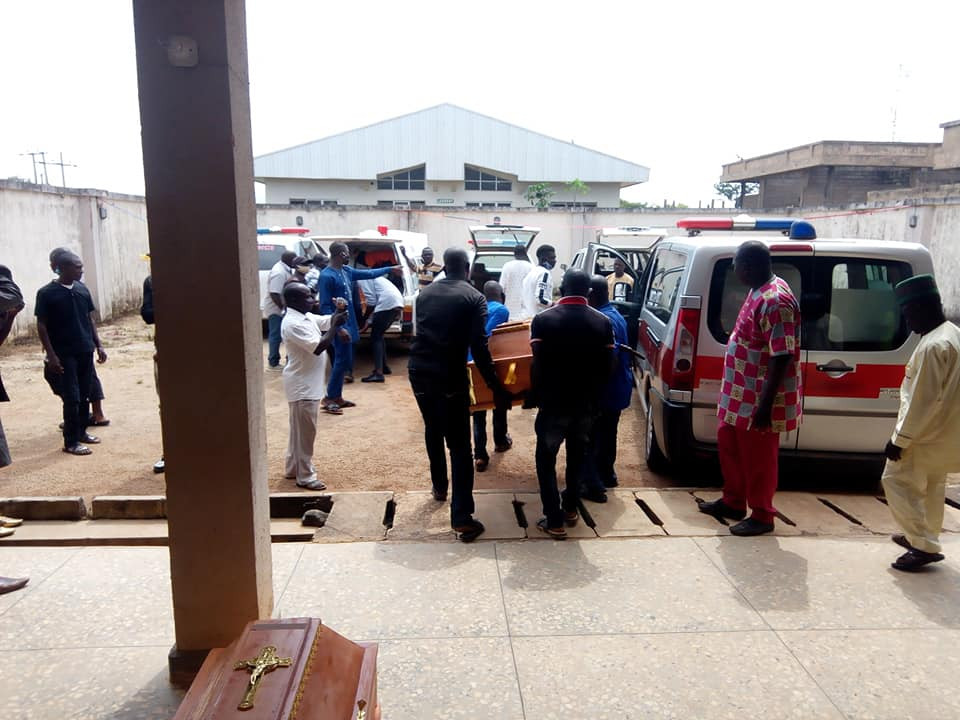 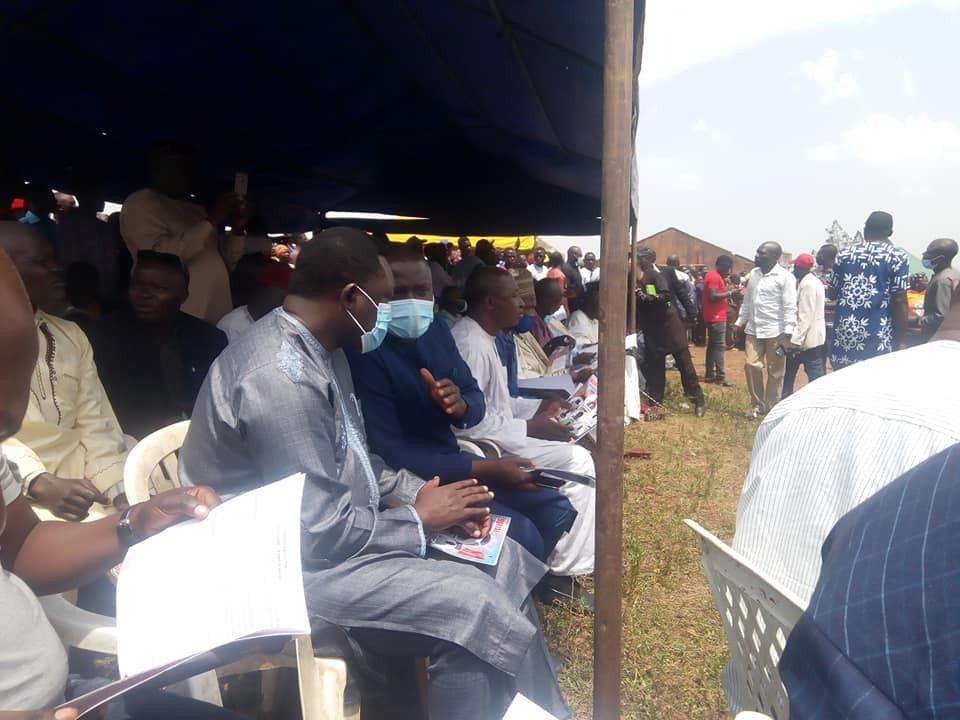 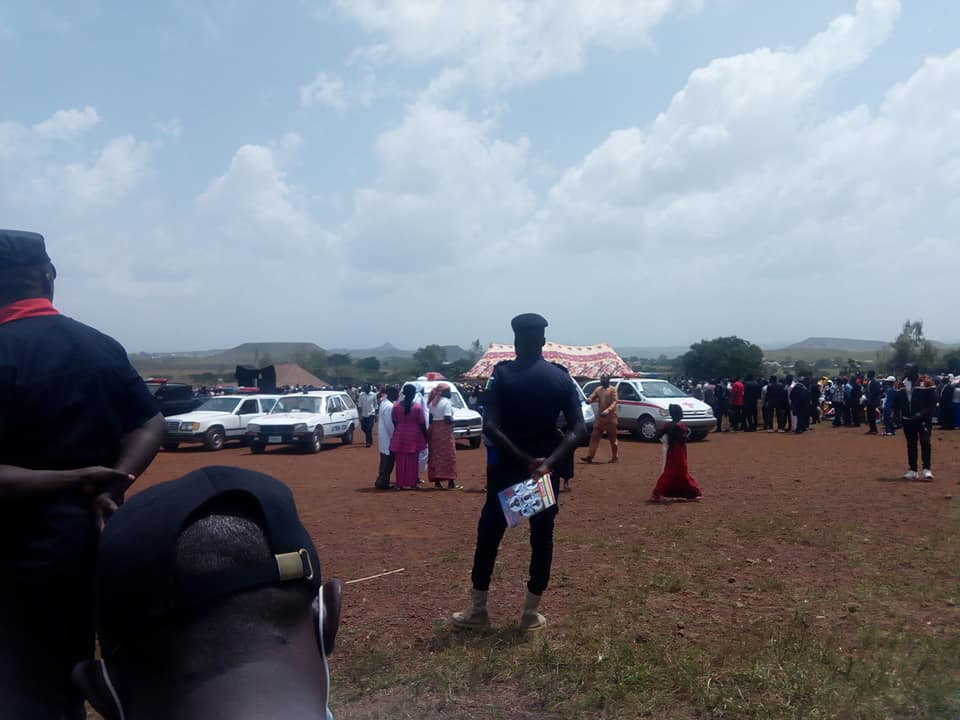 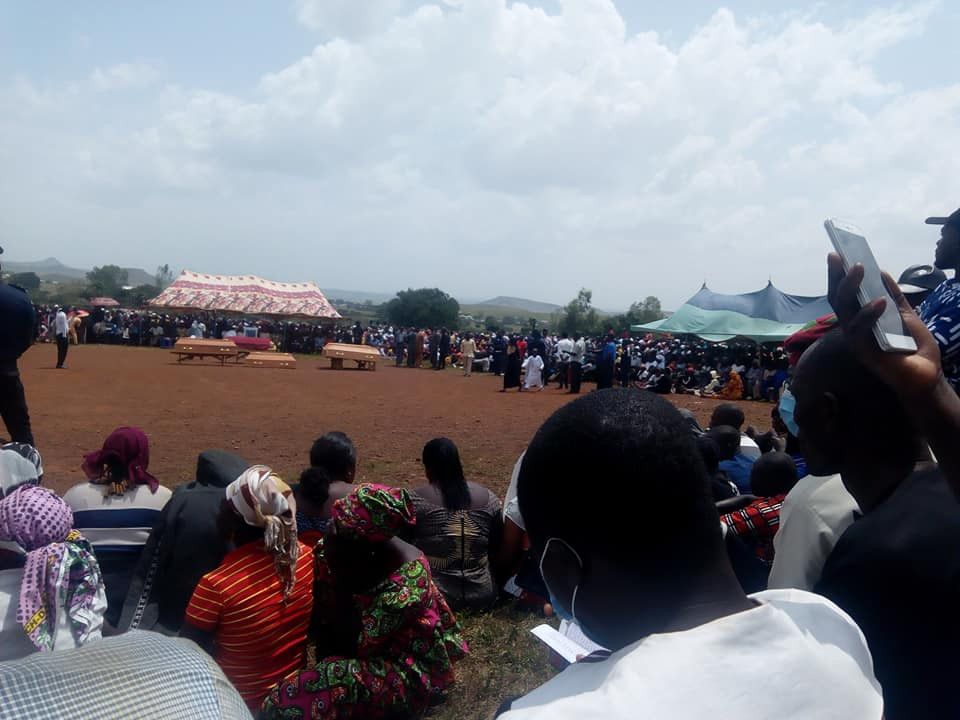 For a fan to go as far as tattooing your name on his/her body, that’s love

IPOB: Why Herdsmen Are Rejecting Forest In North For South –...