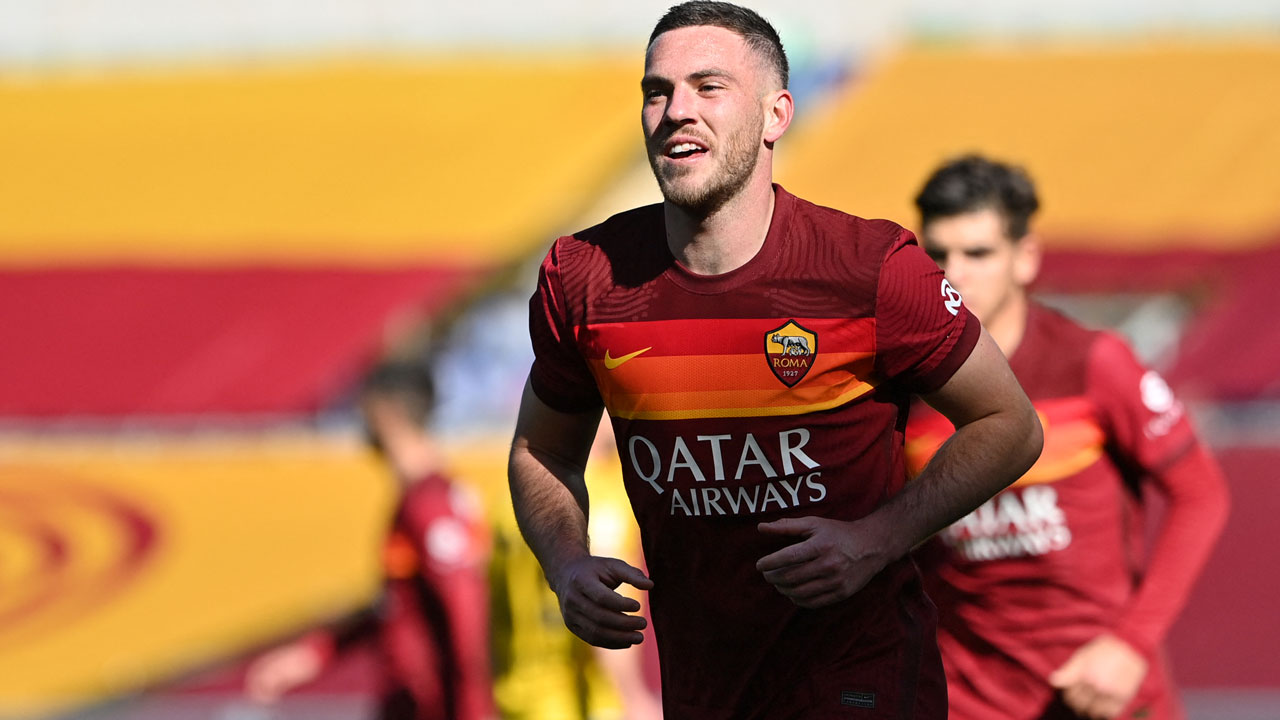 Roma’s French midfielder Jordan Veretout celebrates scoring a penalty and his second goal during the Italian Serie A football match AS Roma vs Udinese on February 14, 2021 at the Olympic stadium in Rome. Alberto PIZZOLI / AFP

French midfielder Jordan Veretout struck twice on Sunday as Roma beat Udinese 3-0 to climb back to third in Serie A.

One week after losing to Juventus, who jumped into third, Roma took advantage of the reigning champions’ loss to Napoli on Saturday night.

Roma continued their strong form at the Stadio Olimpico even without Edin Dzeko, who returned from his brief exile when he came on for the last 21 minutes. They are the only team in Serie A unbeaten at home this season.

Veretout put Roma ahead after five minutes, racing forward to meet a cross from Gianluca Mancini with a powerful header.

It was Veretout’s fourth succesful penalty and ninth league goal of the season.

With 15 league goals (and 17 in all competitions) since his arrival in Rome from Fiorentina in 2019, the former Aston Villa and Nantes player has overtaken Vincent Candela as Roma’s top-scoring French player.

Roma moved a point ahead of Juventus and three points clear of Napoli, though those teams have a game in hand, against each other.