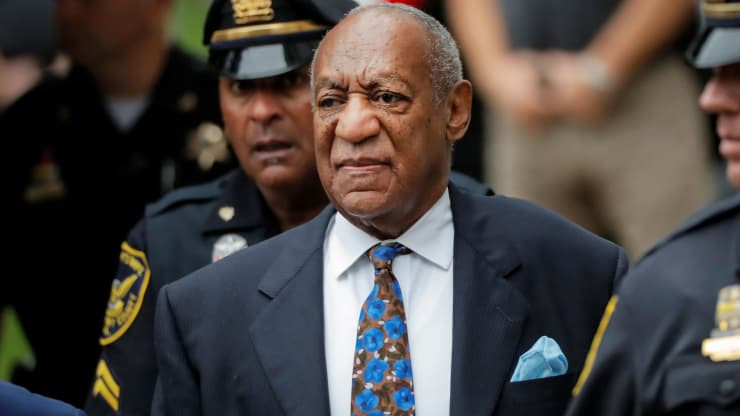 Prosecutors in Pennsylvania on Monday November 29, asked the U.S. Supreme Court to review a lower court’s ruling that overturned the sexual assault conviction of Bill Cosby.

Cosby, 84, had served about three years in prison after being found guilty in 2018 of drugging and sexually assaulting a Temple University staff member more than a decade earlier.

But the Pennsylvania Supreme Court ruled in June that a “non-prosecution agreement” with a prior prosecutor should have precluded him from being criminally charged in the case. Cosby was released from prison on June 30.

The District Attorney’s Office in Montgomery County, Pennsylvania, filed a petition for the high court to consider whether that agreement in which then-prosecutor Bruce Castor promised not to file criminal charges against Cosby if the comedian would testify in a civil lawsuit — should be treated as “a grant of immunity.”

The petition is “the right thing to do because of the precedent set in this case” by the Pennsylvania Supreme Court, Montgomery County District Attorney Kevin Steele said in a statement.

“This decision as it stands will have far-reaching negative consequences beyond Montgomery County and Pennsylvania. The U.S. Supreme Court can right what we believe is a grievous wrong,” Steele said.

According to USA TODAY, the high court does not have to accept the petition. Under court rules, it could take up to six weeks for the court to act once a petition has been filed, responses received, the case is circulated among justices and a case is scheduled for consideration at one of the justices’ private Friday conferences.

Andrew Wyatt, Cosby’s spokesperson, issued a statement to USA TODAY saying the petition is “pathetic” and a sign of the prosecutor’s “fixation” on Cosby.