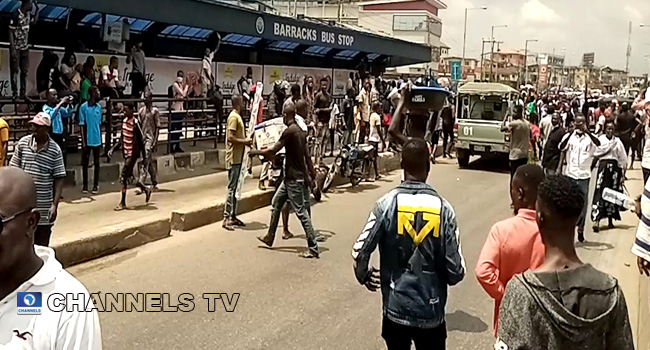 One person has been killed in the ongoing protest against police brutality and extra-judicial killings in the Surulere area of Lagos State.

The victim was hit by a stray bullet after the police officers reportedly shot indiscriminately to disperse the protesters.

Efforts by the medical team at the scene of the protest to resuscitate him proved abortive. Some other protesters were hit by gunshots.

Although the police are yet to confirm the incident, numerous videos have emerged showing sporadic shootings with the protesters scampering for safety.

The protesters have earlier blocked the entrances of the Murtala Muhammed Airport and National Stadium Surulere in a bid to express their grievances against police brutality.

Find below tweets showing videos of violent scenes from the protest…