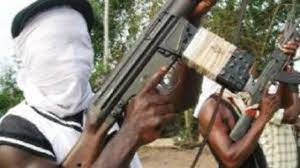 According to reports, the Chief was shot dead on Sunday January 9, at his residence in Okwagbe. The gunmen stormed his home and opened fire on him, killing him instantly.

Confirming the incident, the Delta State Police Command’s spokesman, DSP Edafe Bright, said there was no detail yet.

“I just got confirmation, but no details yet.”he said