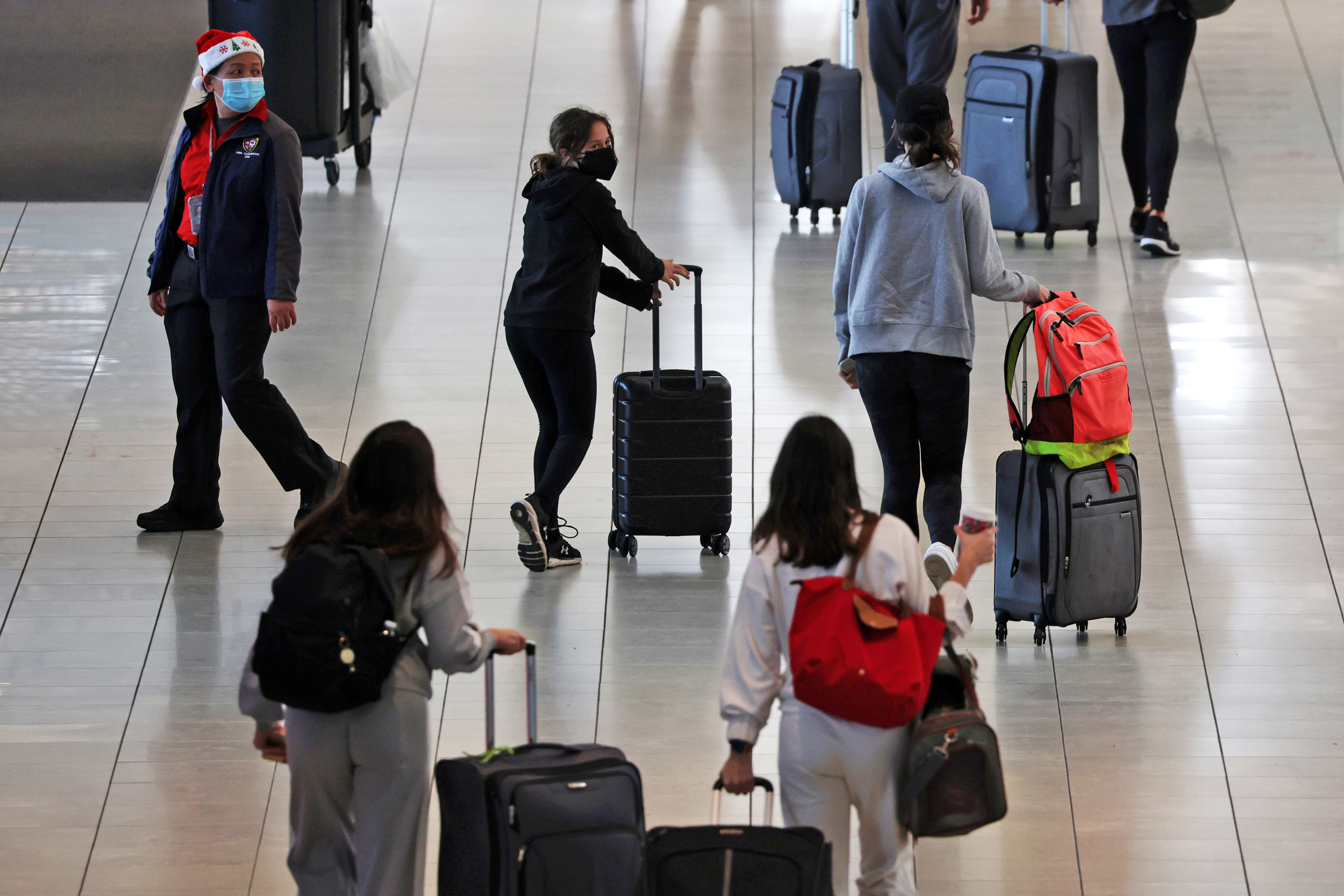 Several airlines said Thursday that they have been forced to cancel hundreds of Christmas Eve flights as the rapidly spreading omicron variant of the coronavirus has affected employees and crew.

United Airlines said it cut 112 flights from its Friday schedule as the omicron variant spread across the country and affected its workforce.

“The nationwide spike in omicron cases this week has had a direct impact on our flight crews and the people who run our operation,” the airline said in a statement.

It said it would rebook as many travelers as possible.

“Delta teams have exhausted all options and resources — including rerouting and substitutions of aircraft and crews to cover scheduled flying — before canceling,” the airline said in a statement Thursday.

Alaska Airlines canceled 17 flights Thursday after some employees reported possible exposure to Covid. Additional cancellations were possible Friday “during this dynamic situation,” the airline said in a statement.

An American Airlines spokesperson said no cancellations were planned. Other airlines did not immediately respond to inquiries about Friday’s schedule.

Although the holiday season brings more air travelers, Christmas Eve is usually one of the slower days of the stretch, according to the trade group Airlines for America.

AAA said Dec. 14 that holiday air travel would nearly triple compared to last year, when the pandemic’s deadly spread discouraged flights and tourism. An estimated 109 million U.S. residents were expected to travel in planes, vehicles and other forms of transportation this month.

After millions of people made December travel plans, the omicron variant quickly grew to account for nearly three-fourths of Covid cases and triggered new pandemic measures, including travel restrictions around the world.

Lindsey Pipia is a researcher for NBC News’ newsgathering desk.