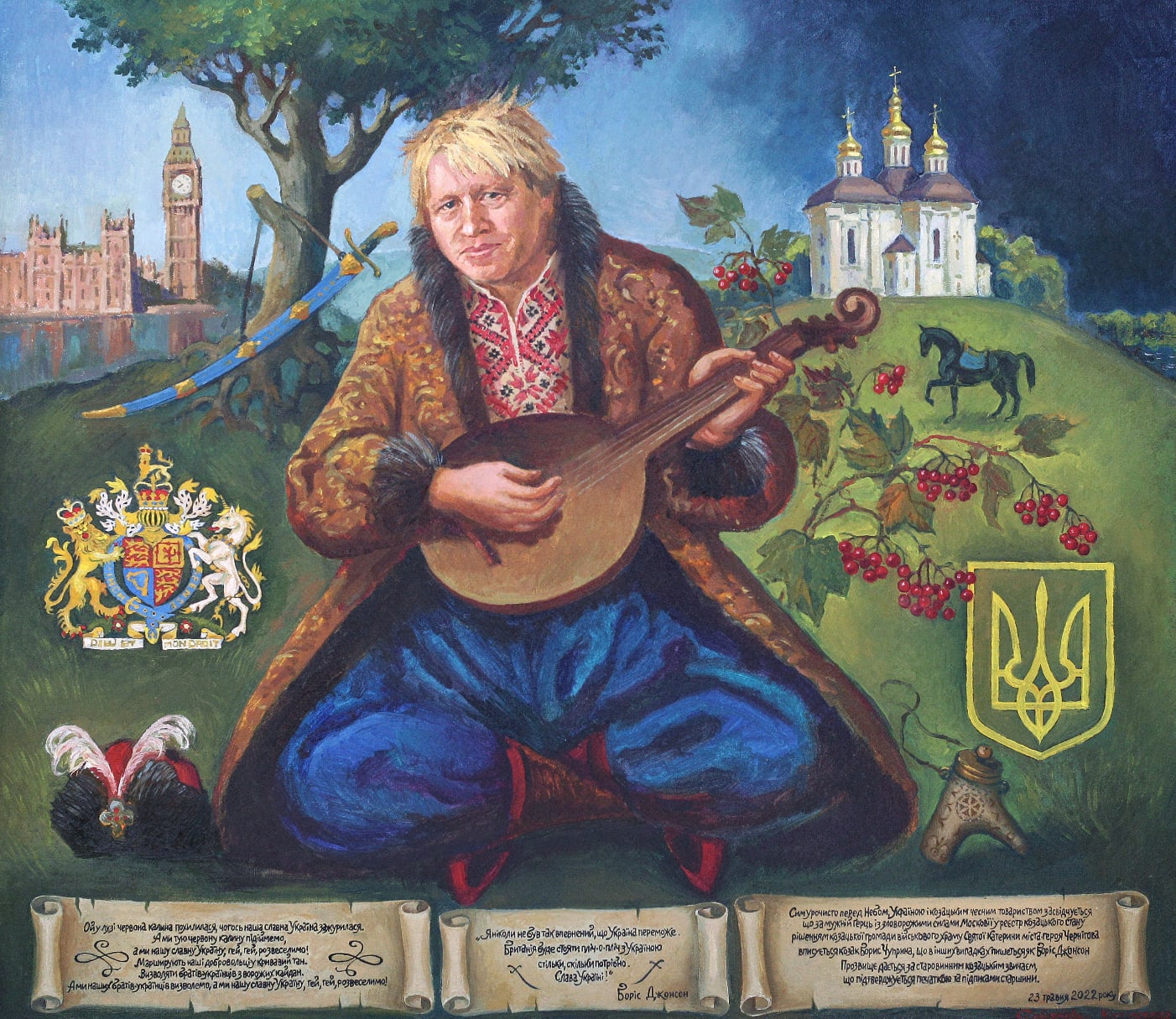 As Johnson became increasingly embattled by scandal after scandal, critics accused him of using Ukraine to deflect and distract from his woes at home. But the Ukrainians don’t seem to care if this support had a dual-function for a domestic audience. Few actions in politics don’t.

Memes have gone viral showing the prime minister as a Medieval knight with Ukrainian colors on his arm. Another, in the format of “woman yelling at a cat,” features a play on words of “Johnson U.K.” looking like “Johnsoniuk” — the Ukrainian version of his name.

Ukraine’s national railway service made a statement Thursday calling the prime minister the “#1 ally of Ukraine and a true friend of the railway.” It went a step further, creating a version of its logo adorned with his iconic, blonde explosion of hair.

“Macron is the boyfriend who calls all the time but never does anything; Johnson is the guy who would travel 3,000 miles just to see you,” explains Hanna Shelest, a director at the Foreign Policy Council “Ukrainian Prism” think tank.

That reflects a frustration that France and Germany have often been seen to equivocate in their support for Kyiv. Macron caused outrage by saying that the West should be careful not to “humiliate” Russia. And Germany has been accused of being slow to deliver weapons.

“Johnson is one of the most popular politicians in Ukraine because he was very clear from the start and his words are always followed by actions,” Shelest said. And while his norm-busting style has worn thin for many Brits, “his image as an extravagant man was something that was seen as positive by Ukrainians,” she said.

Britain has pledged 2.3 billion pounds ($2.75 billion) of military aid, the second-highest after the United States. Most notably it supplied some 6,500 NLAWs — next generation light anti-tank weapons — which have been credited with destroying countless Russian tanks.

The Cossack community in the northern Ukrainian city of Chernihiv has inducted Johnson into its order, giving him the name “Boris Chuprina,” meaning “a long lock of hair.” And it commissioned a painting depicting him as the folkloric hero Cossack Mamai, playing a local stringed instrument called a “kobza.”