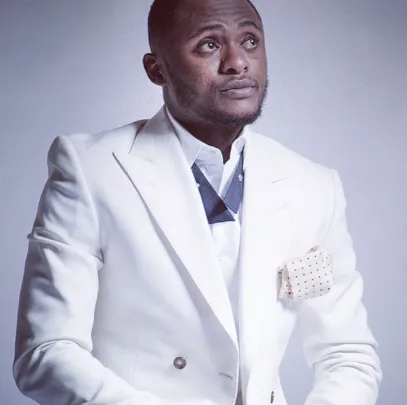 Ubi Franklin has publicized the vile messages he received from a follower, goading him to commit suicide.

Ubi Franklin, who opened up in 2020 that he contemplated suicide because of cyberbullying, was subjected to same again after his baby mama, Sandra Iheuwa, and his alleged girlfriend, Adesuwa Renee, got into an online fight and dragged him into it.

The fight is still on, with allegations and receipts emerging.

In the midst of it all, a follower went to his instagram DM to tell Ubi multiple times to just commit suicide.

See the vile messages below. 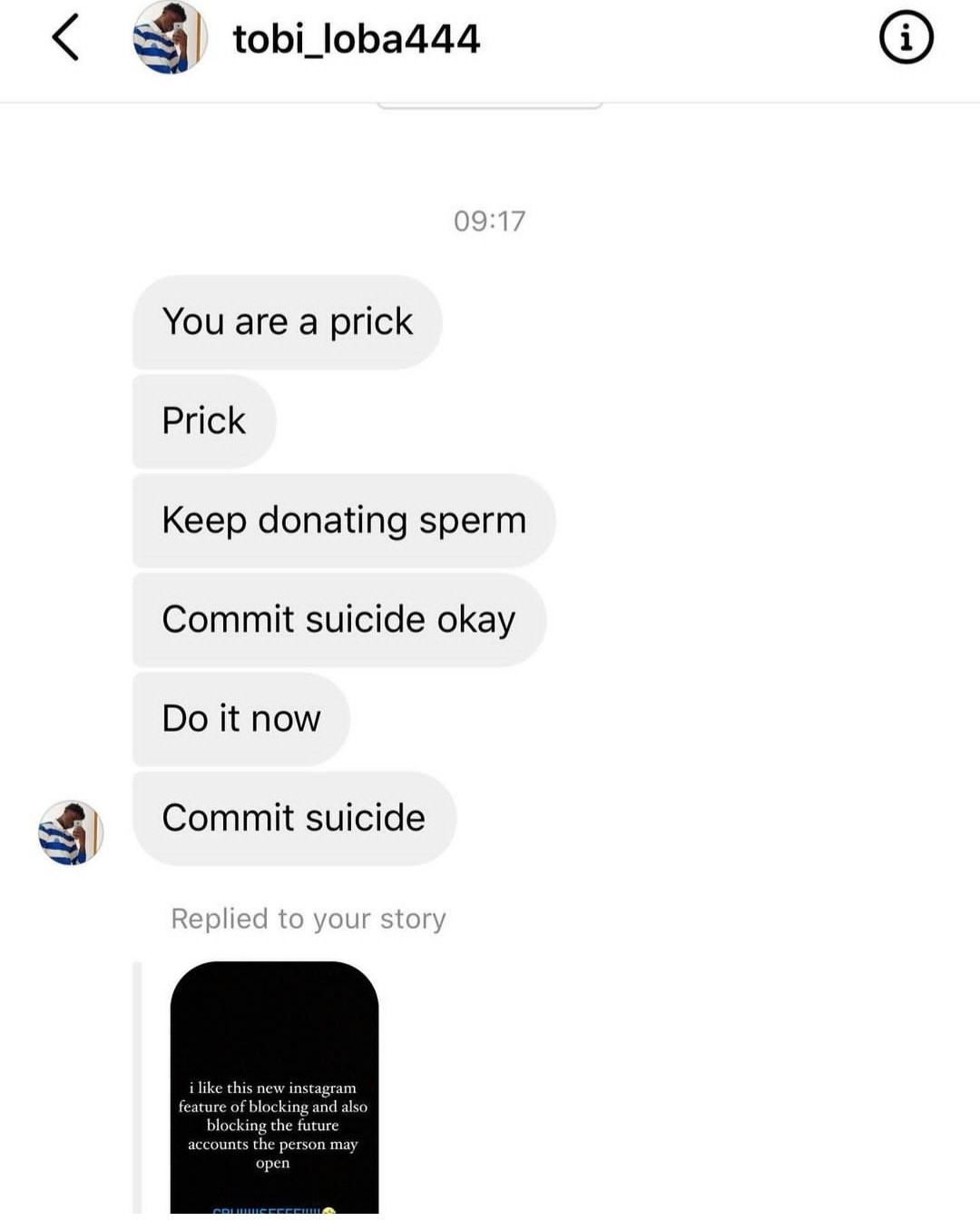 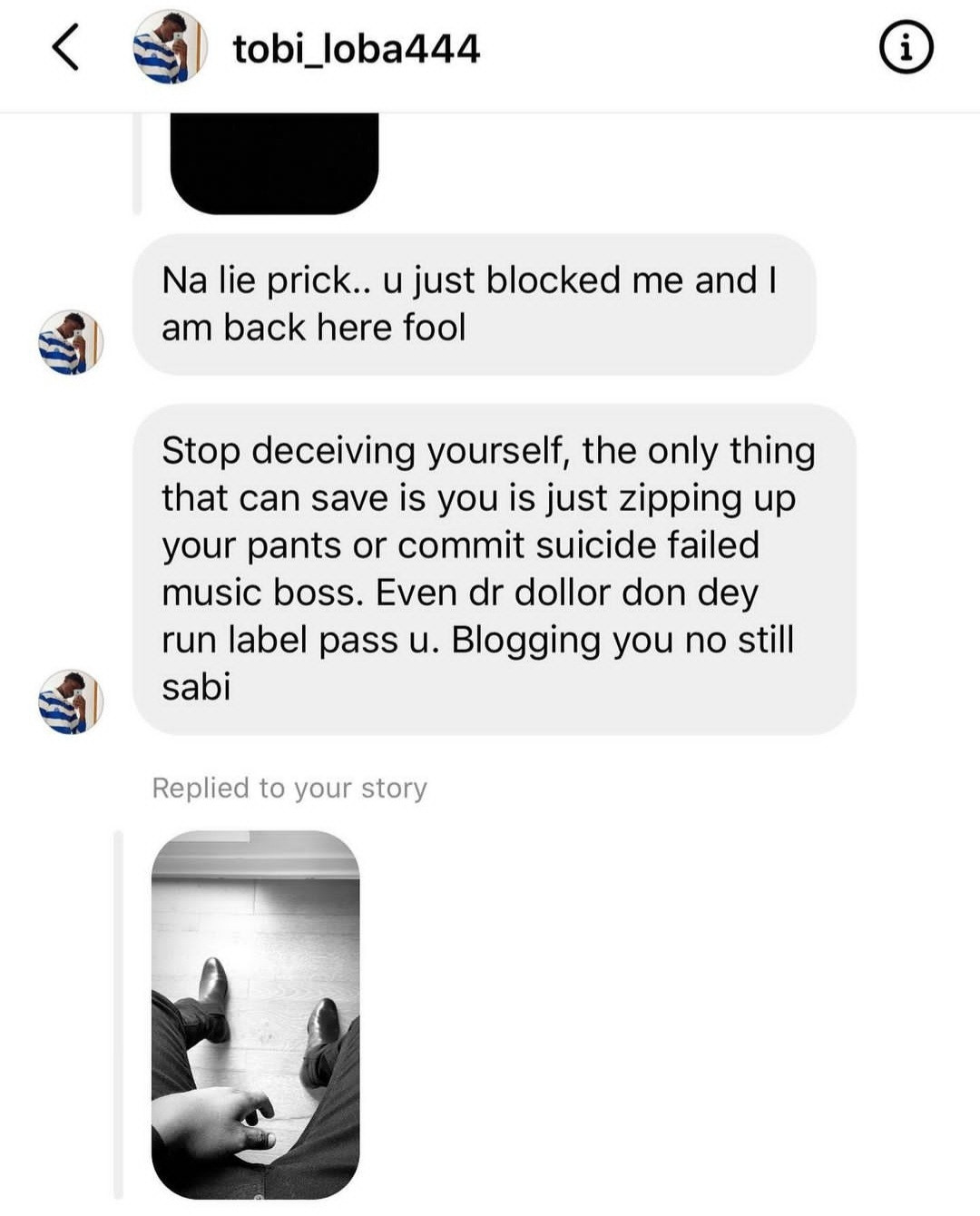 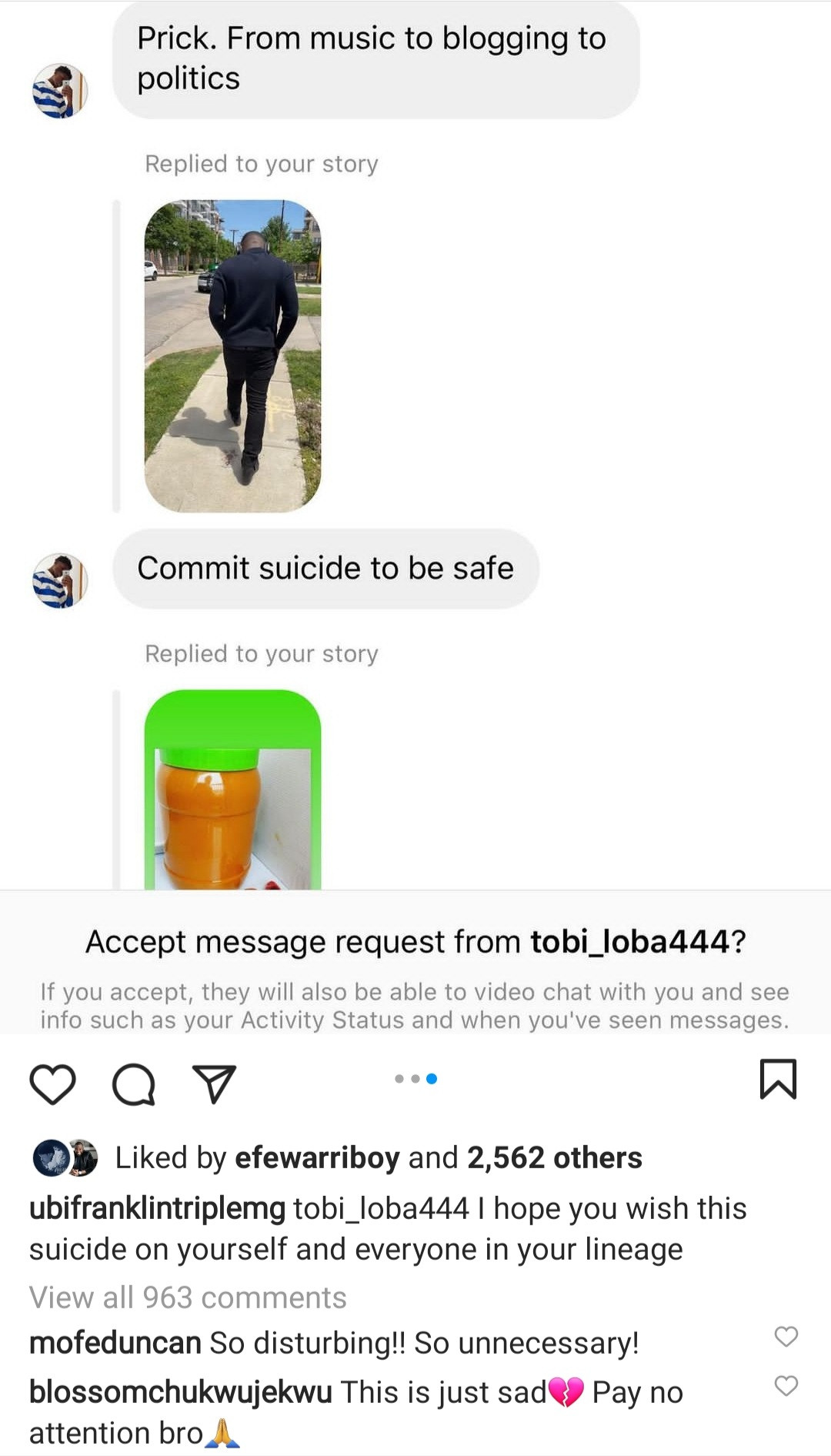