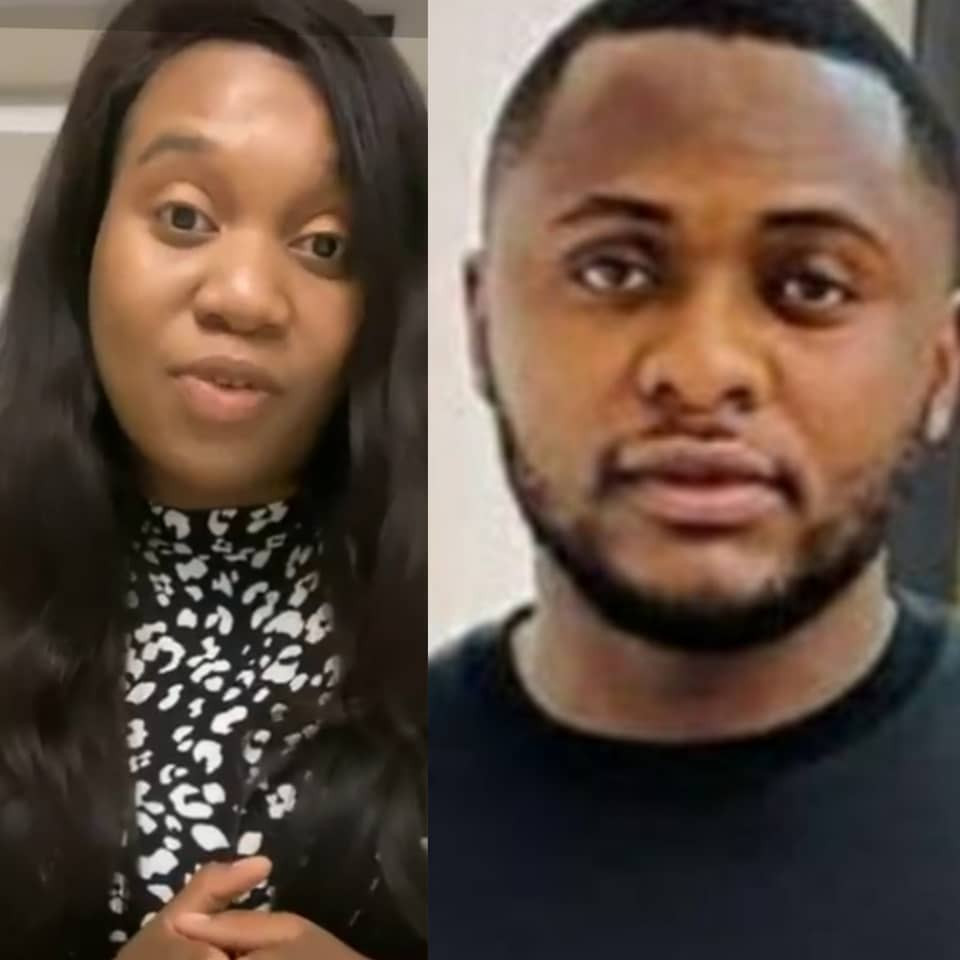 Ubi Franklin has denied Sandra Iheuwa’s claim of sponsoring his trip to Dubai in December 2020.

Sandra shared a video on her IG page this morning claiming she and her boyfriend sponsored Ubi’s trip to Dubai, upgraded his phone and his ticket as well as spent about 40 to 50 thousand dollars on him. She also accused Ubi of cloning her card and using it to go on shopping spree. Read here.

Ubi has now denied the claim. Speaking to LIB, the music executive said he got to Dubai from London and had a restriction placed on his account by his bank when he wanted to do a transaction. He said he offered to give Sandra Naira in exchange for dollars to use while he was in Dubai but she declined. He said he was left with the option of transferring money to her account and using her own card.

He shared screenshots of the bank transfers he made to Sandra’s account on December 22, 2020 while they were in Dubai. He also shared a screenshot of the over 1 million Naira he sent to Sandra which he said was for the purchase of the ticket for his first babymama, Jennifer and daughter Zaneta, to join them in Dubai for the vacation.

He also released screenshot of Sandra thanking him for the vacation and making it worthwhile. See the screenshots below… 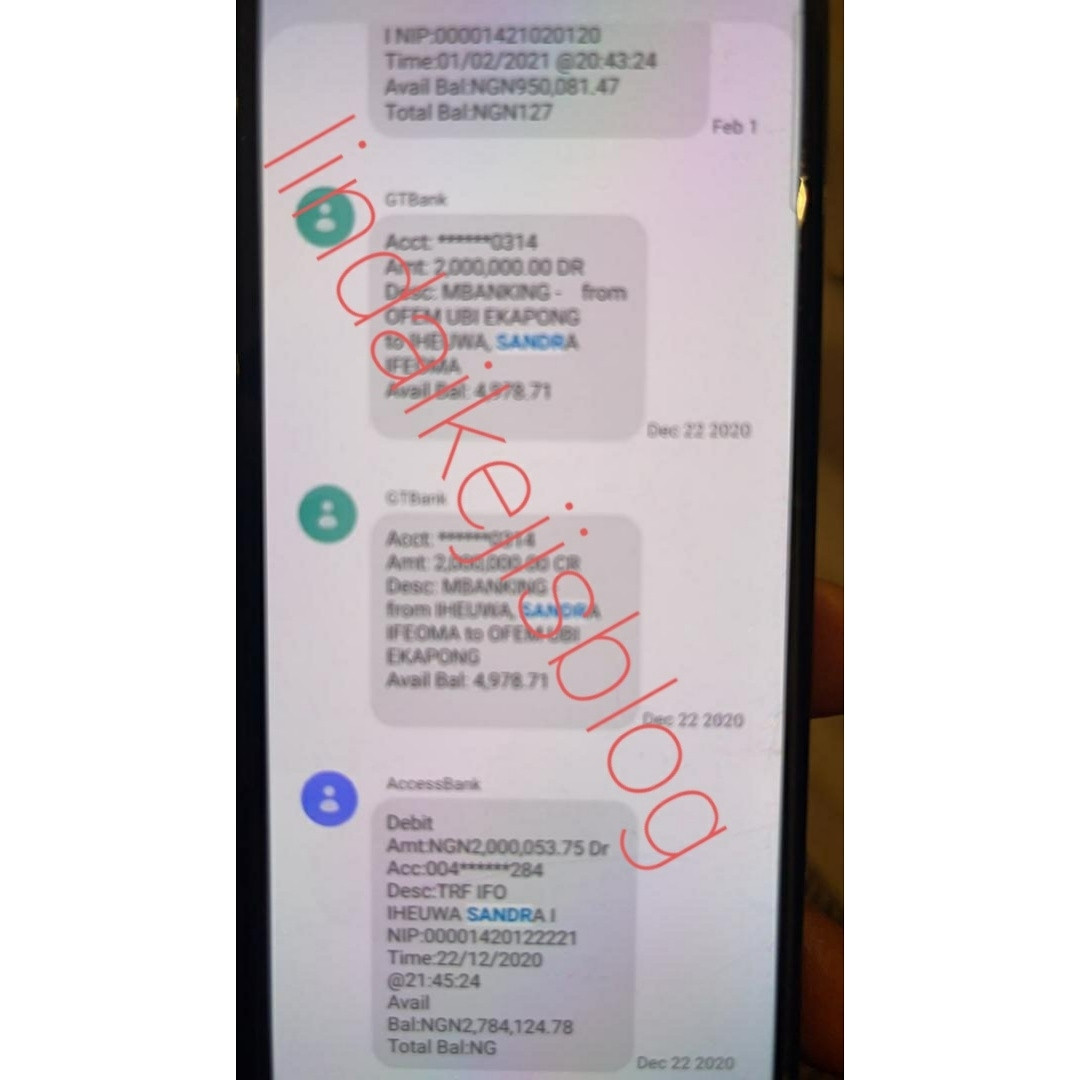 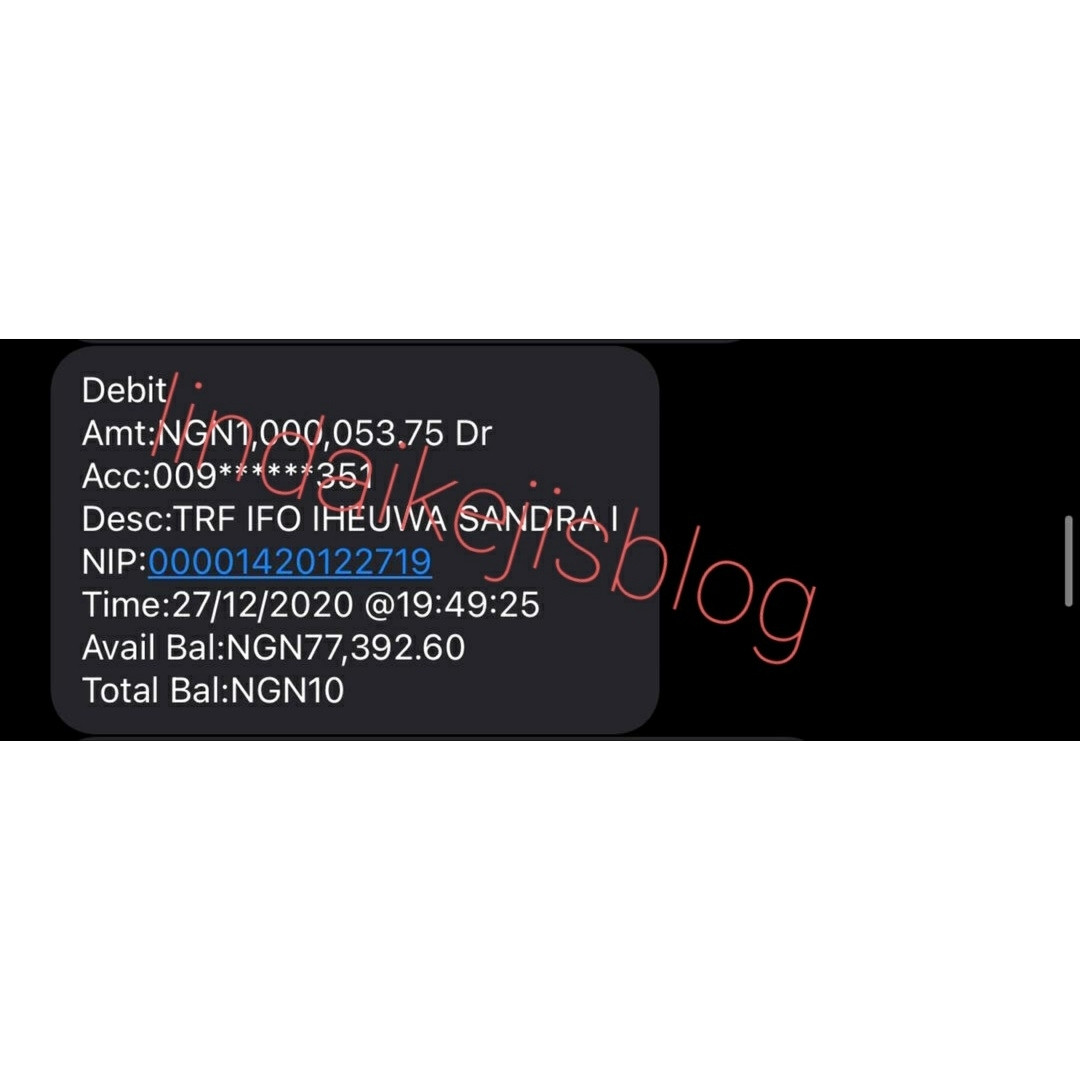 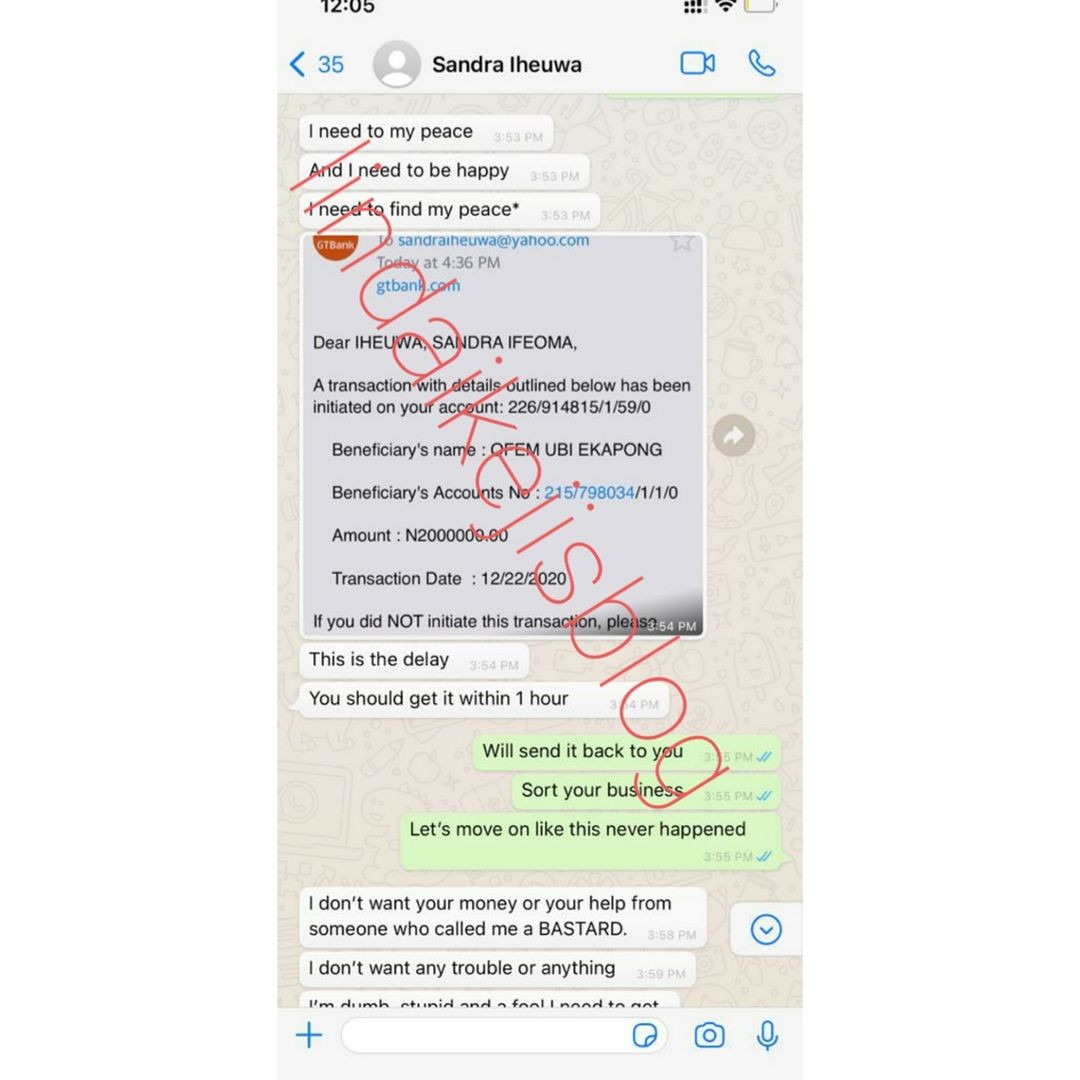 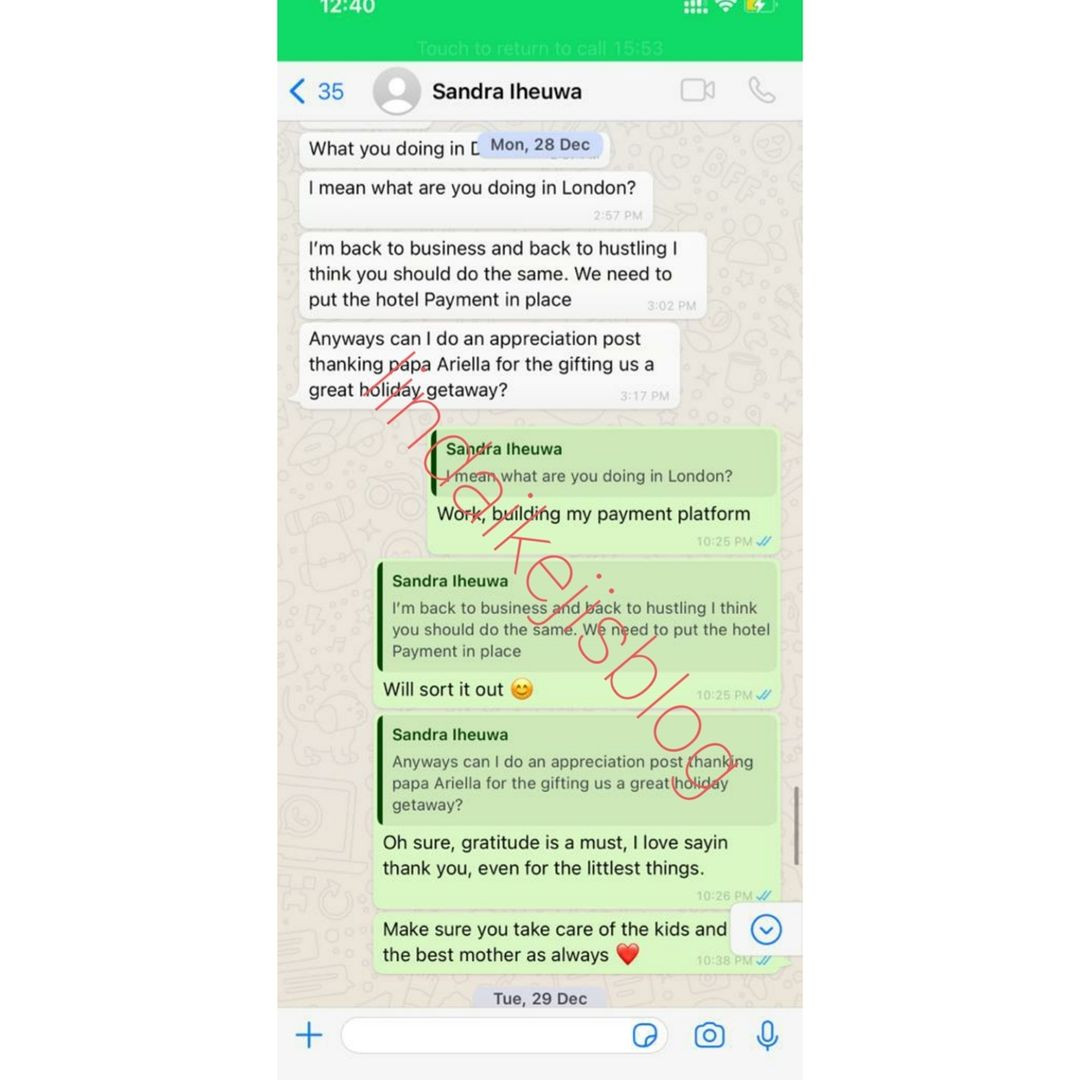 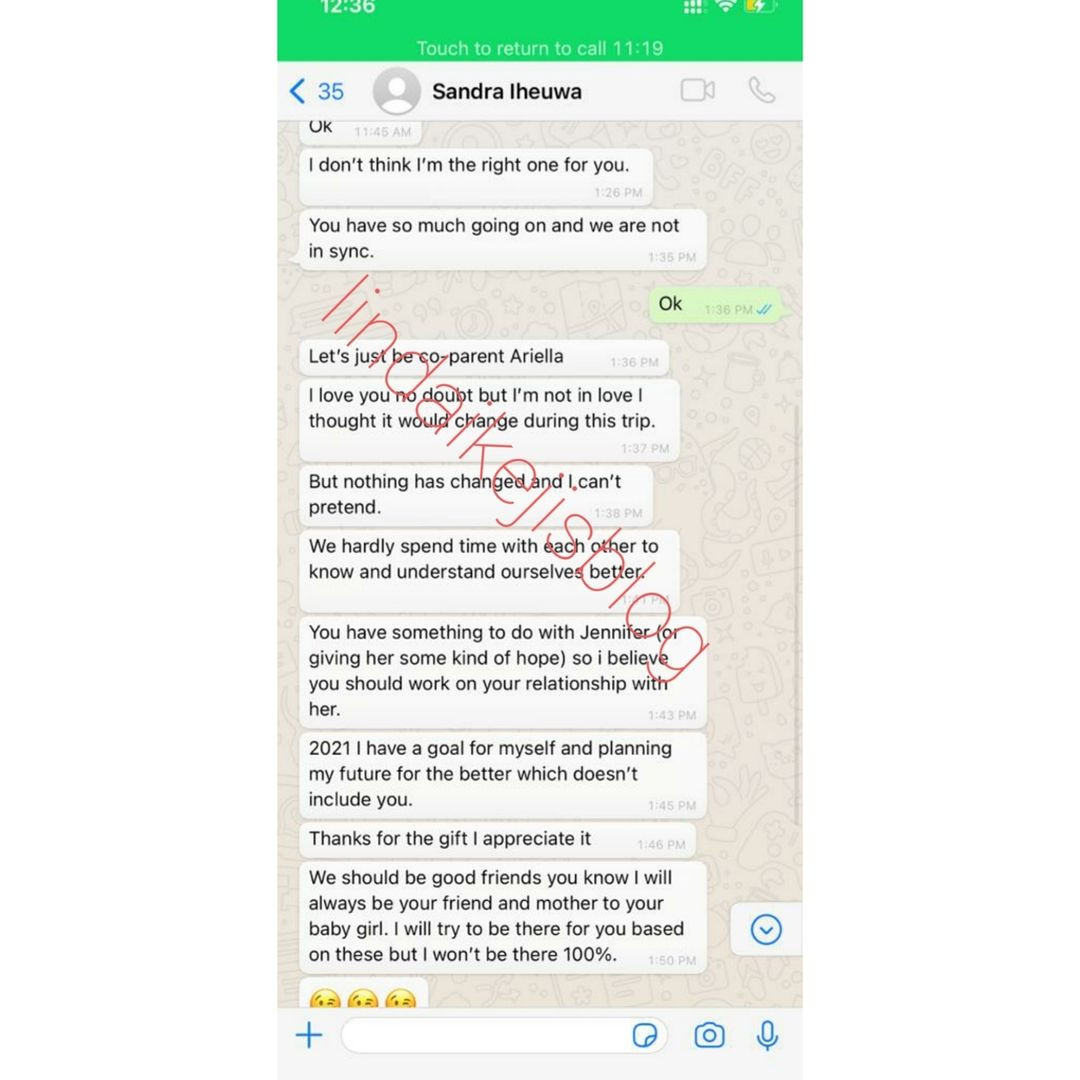