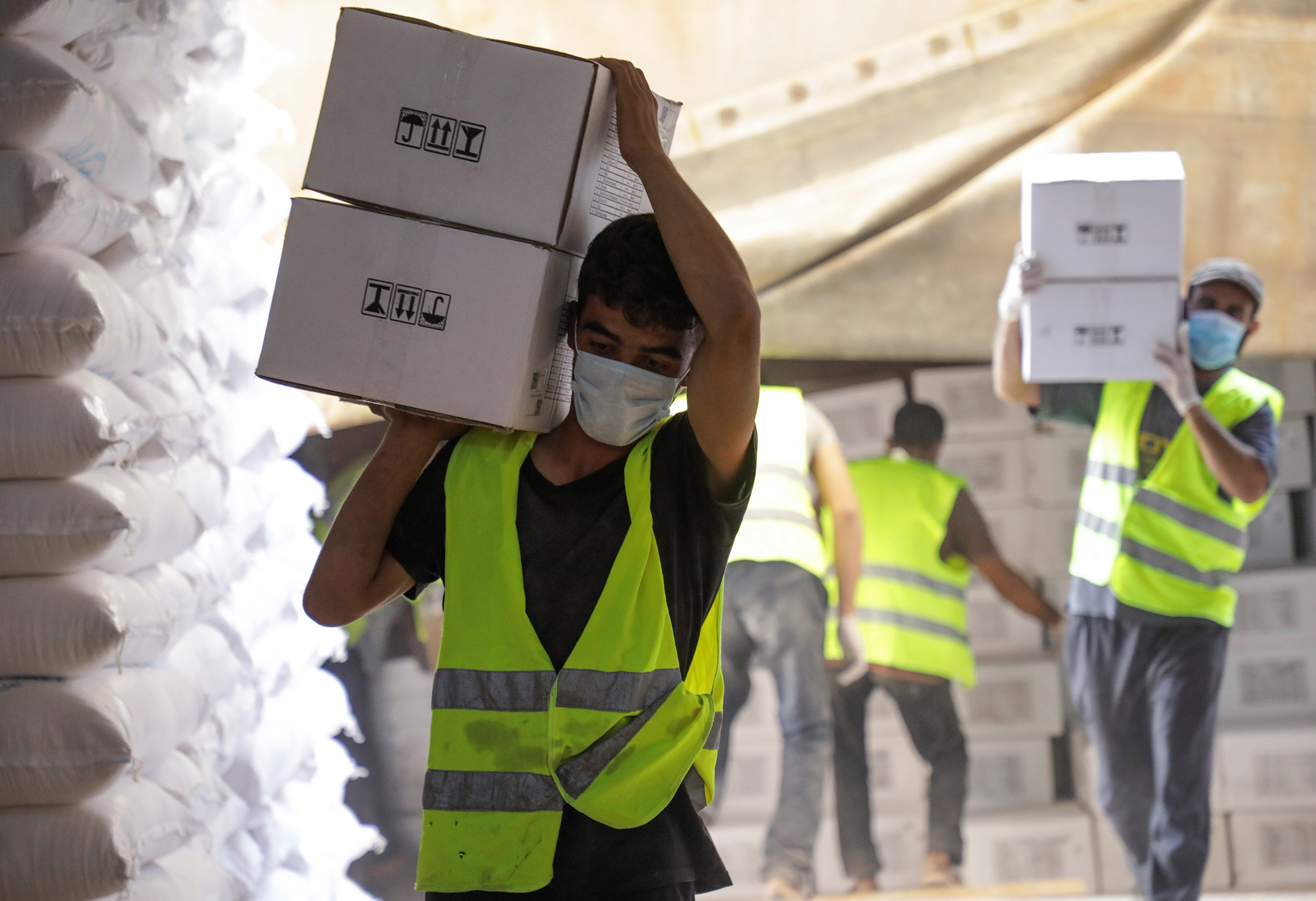 Far removed from the lakeside Swiss mansion where Presidents Joe Biden and Vladimir Putin met last month, rock-bottom relations between Washington and Moscow could have life-or-death consequences Friday for the world’s most vulnerable people thousands of miles away.

The United States, Russia and other members of the United Nations Security Council are voting on whether to maintain a humanitarian aid corridor into Syria — a lifeline to millions already ravaged by a decade of civil war. Friday is a key test of the rivals’ ability to agree on at least one issue.

If these vying world powers don’t reach an agreement, Syrian civilians could go without food, medicine and other supplies, with aid agencies warning that many won’t survive.

“If they close the crossing people will die,” said Mohamed Salam Khan, 45, who lives in the rebel-held enclave of Idlib. “Everything comes through the crossing,” he said, adding that people felt “under a siege from everywhere” and that “people are exhausted.”

The fate of Khan and millions like him might depend on whether last month’s summit in Geneva between Biden and Putin yielded an improvement in the hostile relationship between the two countries, said Jonathan Eyal, international director at the Royal United Services Institute, a think tank in London.

“Will we see the summit being translated into something concrete?” he said.

Syria’s civil war erupted in 2011 and has claimed at least 380,000 lives, according to the Syrian Observatory for Human Rights, a British-based monitoring group. The fighting has left large parts of the country in ruins, displacing more than 13 million people internally and abroad, with the same number inside the country now in constant need of humanitarian assistance to survive.

International backers have lined up behind different sides in this multifaceted conflict. Russia and Iran have backed Syrian President Bashar al-Assad, while the U.S. and some of its allies have at various points given their support to the rebel groups and Kurdish and Arab militias opposing him.

Assad’s forces have now exerted their control over much of the country, though Kurds, Turkey-backed rebels and jihadist fighters still hold some areas in the north.

In 2019 and 2020, Russia and China vetoed a series of U.N. Security Council resolutions that would have kept open other border points allowing supplies to pass into Syria. Only the Bab al-Hawa crossing remains, and the U.N. mandate to keep it open expires at midnight Saturday.

A resolution drafted by Ireland and Norway proposes to extend the mandate by 12 months. Russia proposed its own text suggesting a six-month extension, diplomats said according to Reuters. A plan must win nine votes from the 13 Security Council members. And any permanent member — the U.S., Russia, China, the United Kingdom and France — can veto a proposal outright.

“The dispute over the humanitarian crossing is part of a broader Russian attempt to say: The war is over, our man has won, and Western powers need to negotiate directly with Assad in Damascus,” Eyal said. “The idea of sending aid to the Syrian population but bypassing the Syrian government is unacceptable to Russia.”

Not only would people go without food, the hospitals that are still managing to operate would risk running out of even basic supplies. It would also imperil the fragile Covid-19 vaccination campaign that has seen tens of thousands of doses delivered to the northwest despite the conflict.

“The situation is already quite dire,” said Juliette Touma, regional chief of communications for UNICEF, the U.N. children’s aid agency. “We are dreading reaching that situation” where the border crossing agreement expires, she added. “These are some of the world’s most vulnerable people — if not the most vulnerable.”

In an interview with NBC News’ Andrea Mitchell at the Bab al-Hawa crossing last month, U.S. Ambassador to the United Nations Linda Thomas-Greenfield said she felt “a sense of desperation” witnessing what was happening there.

“I spoke to a number of NGOs,” she said, referring to nongovernment organizations, “and they talked about the desperation of people on the other side of the border, and that they know that if this does not continue, that they stand a chance of dying.”

Alexander Lavrentyev, Putin’s special envoy for Syria, on Wednesday called the crossing “an anachronism,” according to Russian state media. “Of course, the international humanitarian law should be respected, and normal operations of this mechanism should be restored via the legitimate authorities, via Damascus.”

Biden raised the issue with Putin at their meeting last month, with the U.S. president urging him to keep aid moving “so that we can get food — just simple food and basic necessities to people who are starving to death,” he said afterward.

Putin did not mention that aspect of the talks. But U.S. national security adviser Jake Sullivan told reporters that it was a “constructive conversation” between Biden and Putin and the White House believes “that there is scope for the U.S. and Russia to work together on a positive outcome so that resolution gets passed.”