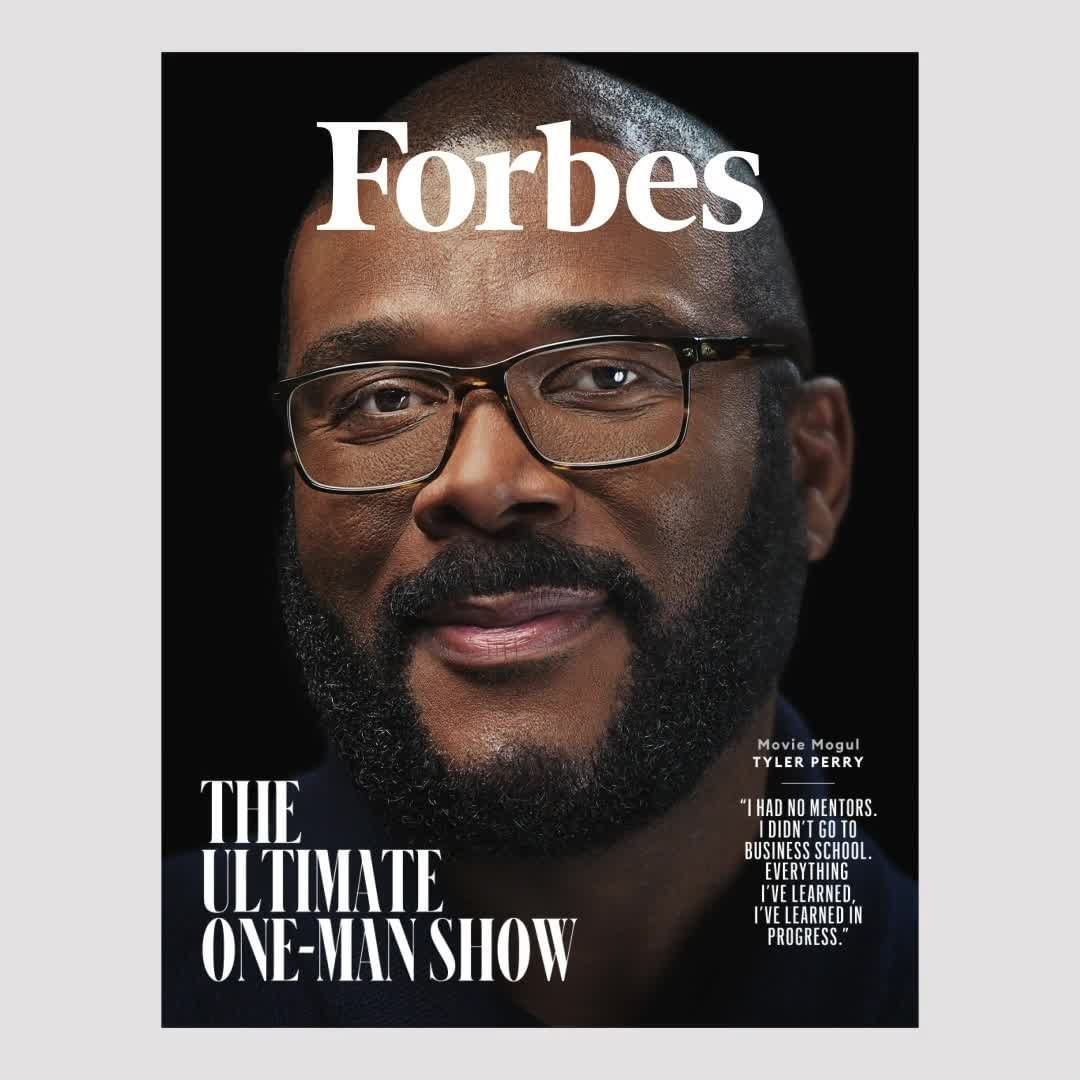 According to Forbes, Tyler Perry is officially a billionaire.

The details of his success are written in a long-form article entitled “From “Poor As Hell” to Billionaire: How Tyler Perry Changed Show Business Forever“. The filmmaker owns the entirety of his creative output, including more than 1,200 episodes of television, 22 feature films and at least 2 dozen stage plays, as well as a 330-acre studio lot at the edge of Atlanta’s southern limits.

Here’s a breakdown of how Forbes is calculating Tyler’s milestone net worth:

Well, his movies alone have grossed nearly $1 billion to date, and he owns the rights to all of them.

The film mogul told the magazine that he learned the value of ownership at a young age. He said:

Ownership for me was easy because I was underestimated. They said, ‘Sure, you can own it.’ They didn’t think it’d be worth anything.

On lack of diversity in his movies:

I wanted to foster an environment where minorities and women and LGBTQ, anybody who wanted to come and work and do a great job was welcome. What I found is, if you invest in the underdog, if you invest in the people who haven’t had the opportunity, the level of gratitude and understanding for what is happening for them is so powerful. It’s just wonderful.

Forbes also reports that Perry has earned in excess of $1.4 billion since 2005. “I love when people say you come from ‘humble beginnings,’ ” he said to the outlet. “[It] means you were poor as hell.”

According to Forbes, Perry used his ownership of all his creative output to broker a deal with ViacomCBS that pays him $150 million a year for new content and gives him an equity stake in BET+, the streaming service it debuted last September. He has homes in Atlanta, New York, Los Angeles and Jackson Hole, Wyoming, as well as two private jets.