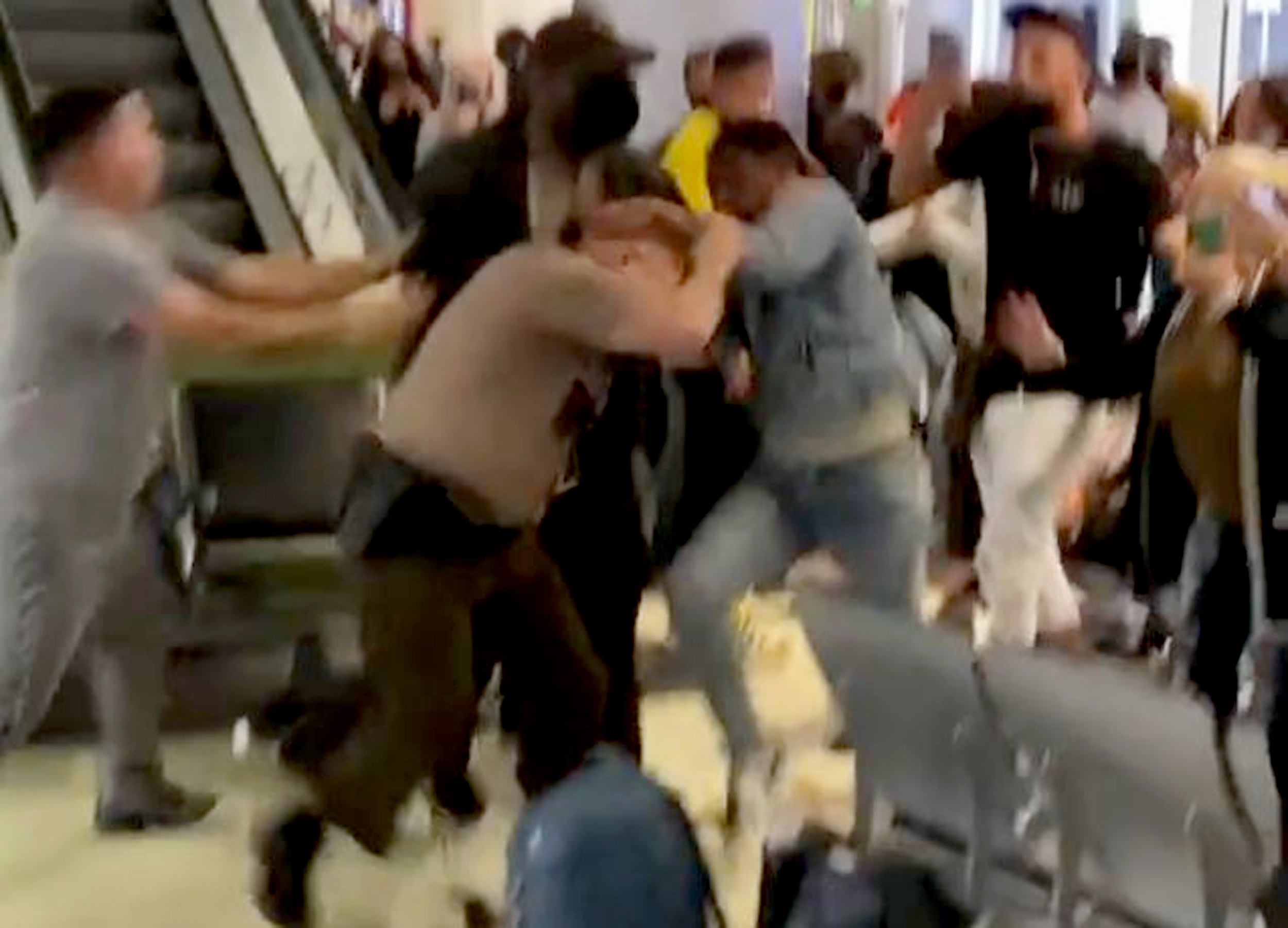 The scuffle broke out after police were called to gate H8 shortly after 6:30 p.m. over a disturbance surrounding a delayed charter flight, the Miami-Dade Police Department told NBC Miami.

Officers found an “unruly passenger” who appeared to have taken the keys to an airport golf cart and was refusing to let a worker leave, police said.

In video footage shared on social media, a large crowd can be seen surrounding an officer who appears to have his arm around a man’s neck in an apparent chokehold.

At least two people start to intervene, appearing to try to release the man from the officer’s grip as onlookers shout and capture the skirmish on their mobile phones.

Once released, the man appears to chase after the officer, striking him multiple times.

The officer can then be seen backing away, before appearing to pull out a weapon, prompting another person in the crowd to hold up their hand in an apparent bid to deescalate the situation.

It is unclear what exactly unfolded in the moments that led up to the scuffle and the circumstances around the officer’s withdrawal of a weapon are being investigated, Miami-Dade Police said.

The force added that two people were taken into custody following the incident. Information on their identities and any potential charges they may face has yet to be released.

“Unfortunately, that passenger growth has come with a record-high increase nationwide in bad behavior as well, such as the incident this evening at MIA.”

“Please travel responsibly by getting to the airport extra early, being patient, complying with the federal mask law and airport staff, limiting your alcohol consumption, and notifying police at the first sign of bad behavior by calling 911,” he added.