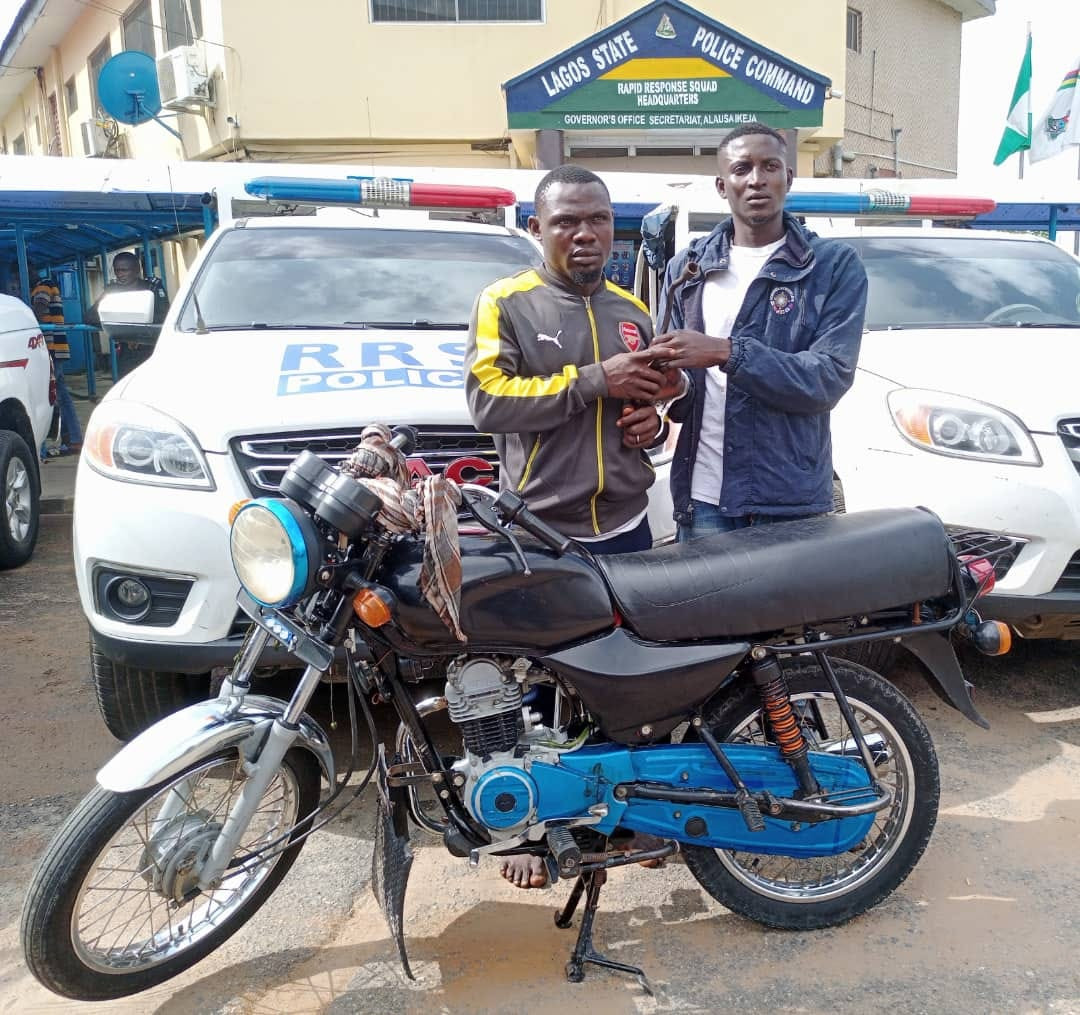 The suspects, Ayo Taiwo ‘m’ aged 25, Jude Prince Ovat, ‘m’ aged 21 and Daniel Chibuike, ‘m’ who is still at large, were arrested at about 2300hrs on May 8, after they dispossessed a motorcycle rider of his motorcycle.

Spokesperson of the Lagos State Police Command, SP Benjamin Hundeyin, in a statement on Tuesday May 10, said preliminary investigation reveals that the suspects Prince Ovat and Chibuike Daniel boarded the motorcycle from Obalande to Parkview Estate, Ikoyi where Ayo Taiwo was waiting for them.

On arriving the destination, Chibuike Daniel hit the rider on the head with a wheel spanner and dispossessed him of his motorcycle.

People around the area who witnessed the rather quick incident raised the alarm which drew the attention of the Rapid Response Squad (RRS) officers on patrol in the area.

The suspects who confessed to have stolen several motorcycles in similar manner disclosed that they sold each stolen motorcycle for One Hundred and Fifty Thousand Naira (N150,000).

The Lagos State Commissioner of Police, CP Abiodun Alabi, has directed the Commander RRS, CSP Olayinka Egbeyemi to transfer the suspects and exhibit to the CP’s Special Squad for further investigation that would lead to the arrest of the fleeing gang member, their possible criminal receiver(s); and eventually prosecution.