A school bus driver has been arrested following an unfortunate incident that left two school children dead, and others unconscious, in Lagos state.

The driver identified as Odunsa Mandala was reportedly conveying the students back home after the close of school on Friday, July, 8 when the children complained about not being comfortable. However, Mandala was said to have allegedly ignored their complaints and continued the trip until most of them lost consciousness. 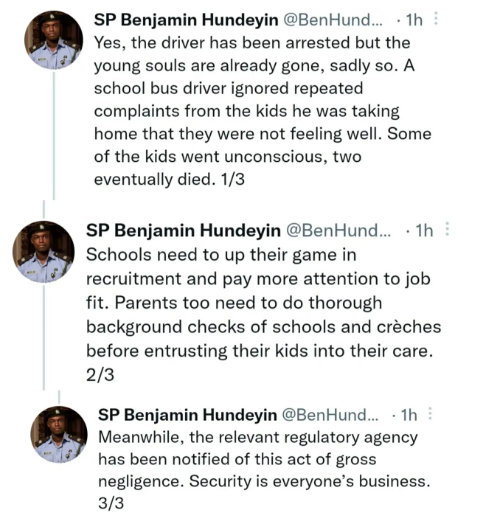 He then raised an alarm when he saw the condition of the pupils before they were rushed to a nearby hospital where it was confirmed that two of the children had already lost their lives.

Job Vacancy: Team Leader – Partnership for Learning for All in Nigeria (PLANE)

Job Vacancy: Team Leader – Partnership for Learning for All in...

Job Vacancy: Team Leader – Partnership for Learning for All in...