A photo released by the Lagos State government on January 19, 2022, shows the two newly acquired trains.

The two new high-speed trains recently purchased by the Lagos State government will be on track latest by the fourth quarter of the year, Governor Babajide Sanwo-Olu has said.

Governor Sanwo-Olu disclosed this on Friday during an interview on Sunrise Daily where he outlined efforts being made by his administration to address the gridlock on Lagos roads.

“Lagosians will be actively moving with trains by the fourth quarter of this year. If we don’t bring passengers on, it will be for security reasons.

On Wednesday last week, the state government announced that it had acquired two new sets of 10 cars Talgo 330kmph trains for its Red Line rail project, as part of efforts to improve traffic management and transportation. 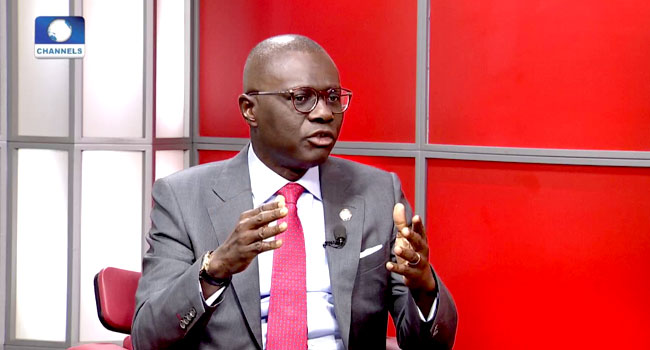 The governor completed the acquisition deal of the two new speed trains on January 18 at an event held inside the Milwaukee facilities of Spanish train manufacturer, Talgo Incorporated in the United States.

He had informed the audience at the event that the trains would be heading to Lagos for the 37km track rail project expected to have 11 stations and be the first operational metro system in West Africa when completed.

Giving further insights into the operations of the trains during Friday’s interview, Governor Sanwo-Olu explained that the government would be completing testing of the coaches soon.

According to him, they are also in the process of ensuring a seamless process for residents whereby they will use just one card to pay for their rides either by road, water, or rail.

“We will probably be doing some test runs by the end of this (fourth) quarter and if we can’t start getting people on, you will see tickets being issued on our rail tracks,” said Governor Sanwo-Olu.

“So, we can continue to now start implementing the transportation master plan for Lagos where rails work, the BRTs will continue to increase in number, and the waterways infrastructure will be [operational].

“The beauty of it is that we are trying to have a common system where it will be with one card that you can hop in and hop off on all of these networks … and that is almost happening now with the cowry card being used on the buses.”