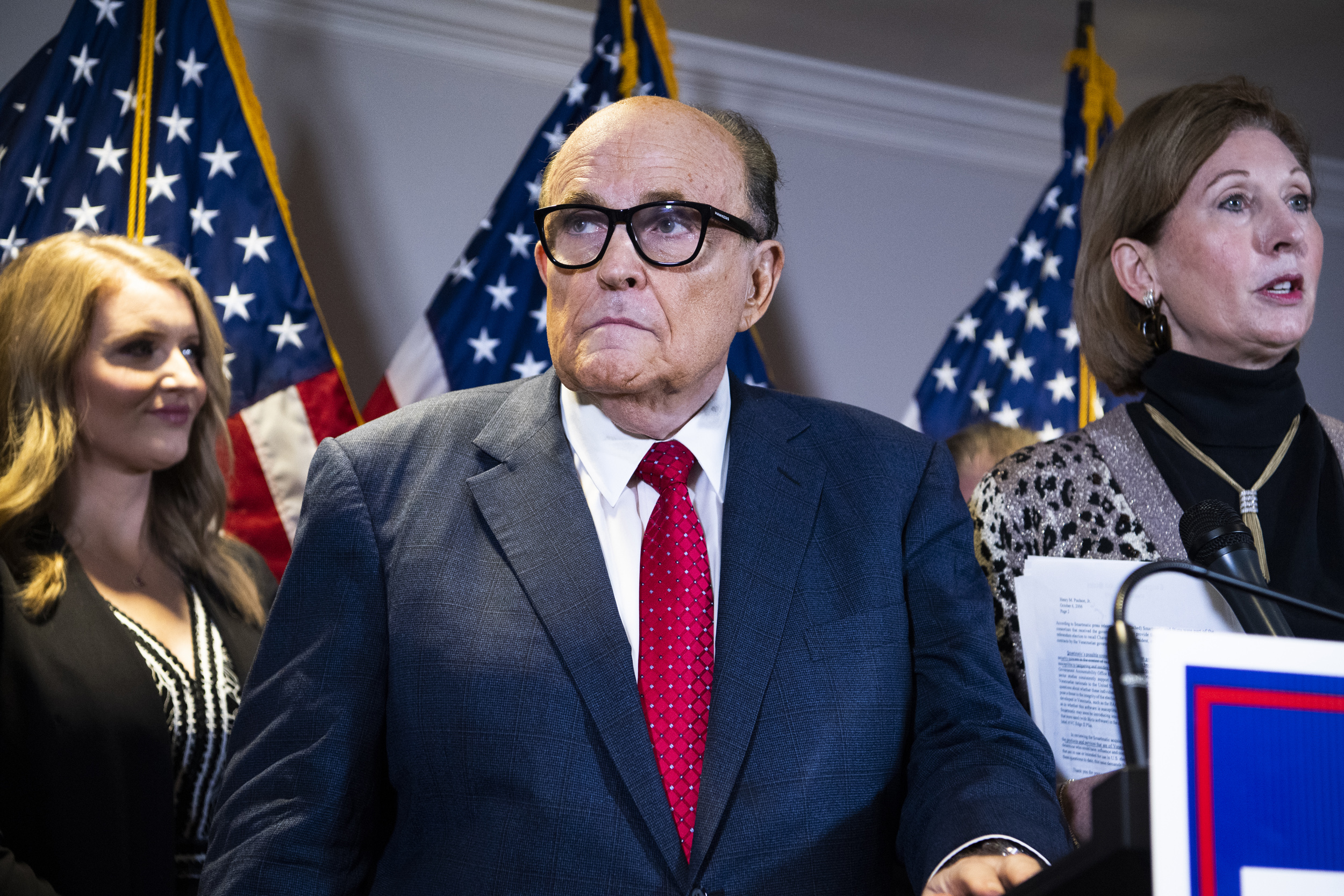 Two Georgia election workers who were the target of vote-rigging conspiracy theories have sued the One America News Network, its top executives, and former President Donald Trump’s ex-lawyer Rudy Giuliani for allegedly spreading lies about them.

The defamation lawsuit was filed on Thursday in federal court in Washington, D.C., by Wandrea “Shaye” Moss, a voter registration officer in Fulton County, and her mother, Ruby Freeman, who was a temp worker for the 2020 election.

Giuliani, Trump’s former personal lawyer, was also named as a defendant. Giuliani has frequently appeared on OAN’s programs and has been one of the biggest promoters of Trump’s false claims that voter fraud cost him the 2020 election.

The complaint alleges that OAN broadcast stories in which Moss and Freeman were falsely accused of conspiring to produce secret batches of illegal ballots and running them through voting machines to help then-candidate Joe Biden defeat Trump.

There is no evidence to support such claims, which have been repeatedly debunked by Georgia election officials.

In a brief interview, OAN chief executive Robert Herring Sr. told Reuters he was not concerned about the lawsuit and that his network had done nothing wrong.

“I know all about it and I’m laughing,” he said of the lawsuit. “I’m laughing about the four or five others who are suing me. Eventually, it will turn on them and go the other way.”

Charles Herring, Rion and Giuliani did not immediately respond to a request for comment.

The defamation lawsuit is the second filed this month by Moss and Freeman, who also sued the Gateway Pundit, alleging the far-right website’s unfounded reports incited months of death threats and harassment against them.

In addition to removing the reports about Freeman and Moss from OAN’s websites and other media channels, the lawsuit seeks compensatory and punitive damages.

The OAN and Gateway Pundit lawsuits both revolve around false allegations first raised by a volunteer Trump campaign attorney at a Dec. 3 hearing of Georgia state legislators. Freeman and Moss worked in heavily Democratic Fulton County, which includes Atlanta, where a strong showing by Biden helped give the Democrat a narrow Georgia victory.

Trump, a Republican, and his surrogates used surveillance video of the vote count at State Farm Arena to falsely accuse Freeman and Moss of processing “suitcases” full of fake ballots for Biden late at night on Election Day, Nov. 3, 2020, after most poll workers and election observers left.

According to the complaint, Giuliani then “amplified the video by posting about it on social media,” while “OAN, its hosts, and its staff” took Giuliani’s assertions and “published them to millions of its viewers and readers.”

State officials including Republican Secretary of State Brad Raffensperger quickly and forcefully denied the allegations, explaining that the “suitcases” were standard ballot containers and the votes were properly counted under the watch of an independent monitor and a state investigator.

Giuliani has falsely claimed that the video footage showed the two women engaging in “surreptitious illegal activity” and acting suspiciously, like drug dealers “passing out dope.”

In early January, Trump himself singled out Freeman, by name, 18 times in a telephone call in which he pressed Georgia officials to alter the state’s results. He described Freeman as a “known political operative” who “stuffed the ballot boxes.”