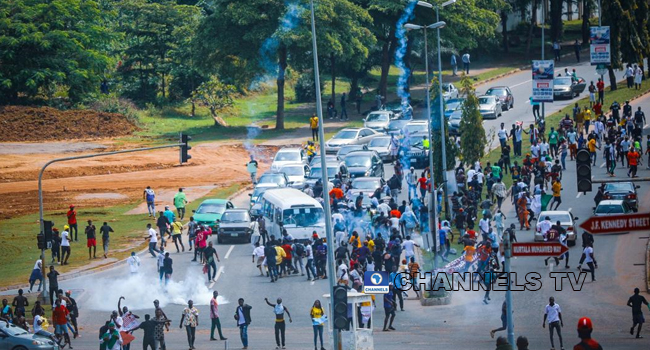 The FCT police command has confirmed the death of two persons following an attack by Pro-SARS demonstrators on #EndSARS protesters around the Apo Mechanic Village area of the Abuja metropolis.

The brutal attack also led to the burning of several cars.

In a telephone interview, the deputy police public relation officer Mariam Yusuf says the police has launched an investigation into the incident.

The police spokesperson said the hoodlums attacked people randomly and set ablaze several vehicles that they thought belonged to the #ENDSARS protesters.

The thugs are said to have been armed with machetes, sticks, and other crude weapons and attacked the protesters and anyone else in sight.

They also invaded some shops, houses, and anything else they could lay their hands on.