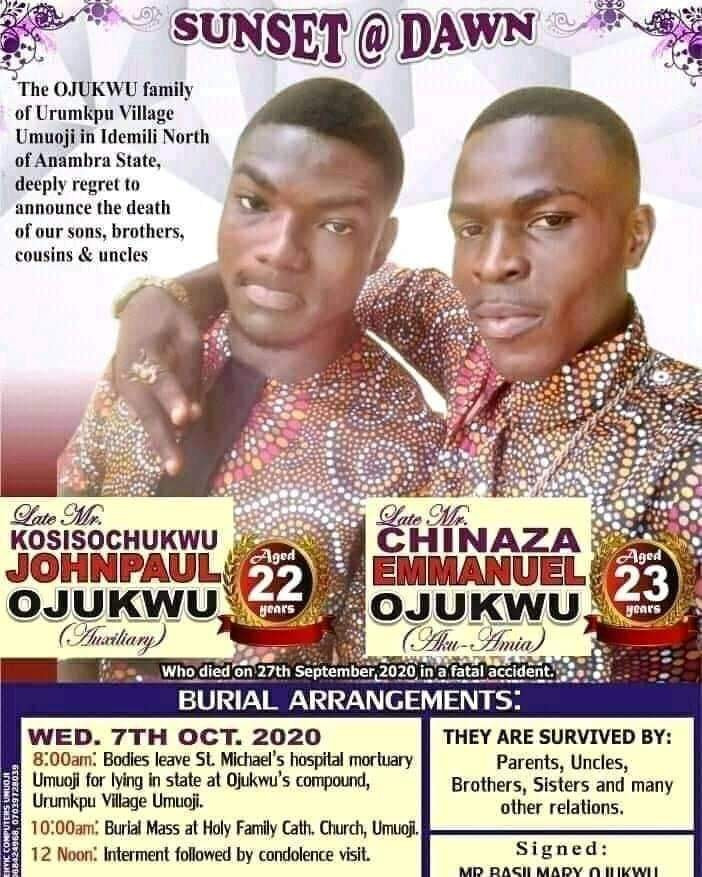 Two young brothers who died in a ghastly motor accident will be laid to rest on in Anambra State on Wednesday, October 7.

It was gathered that Kosisochukwu Johnpaul, 22, and Chinaza Emmanuel Ojukwu,23, were killed in an auto crash which occurred on Sunday, September 27, 2020.

The brothers will be laid to rest in their hometown Urumkpu village in Umuoji, Idemili Local Government Area of Anambra State.

Taking to Facebook on Monday, the brothers’ grieving sister Amaka Ojukwu shared the obituary and described the death as unbearable.

“When I heard the news I thought it was a dream, I have been hoping that the days will reverse back for the news not to be valid but yet the day keeps moving forward. Chaii! Ariri julu m obi,losing two people at once,nawooo. I love u guys but God loves u guys more. Rest in peace brothers. It’ss quite painful but God knows the best” she wrote. 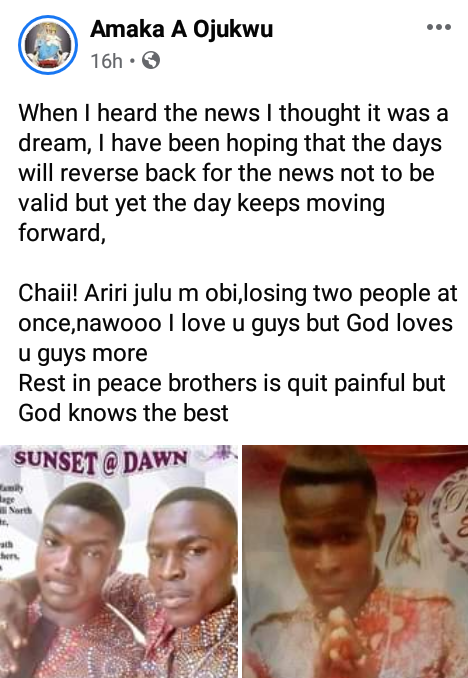 See more photos of the deceased brothers below. 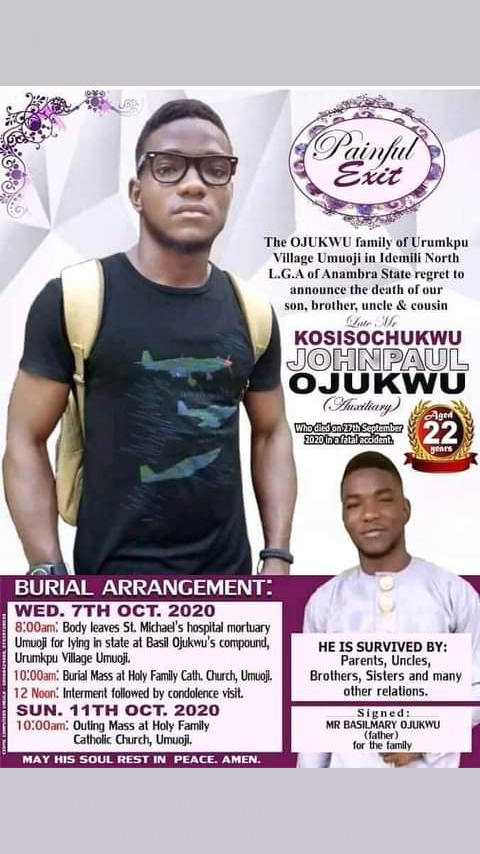 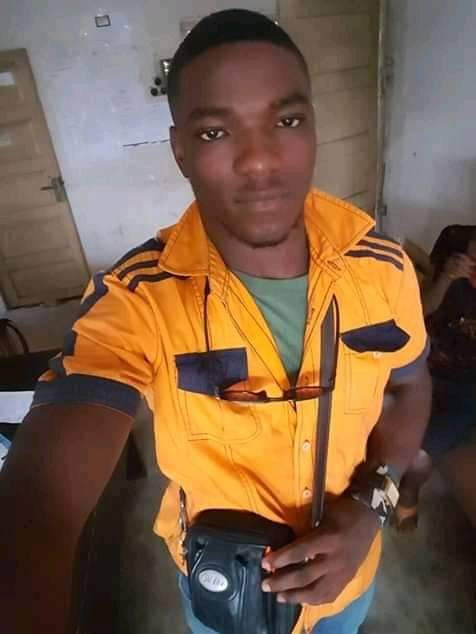 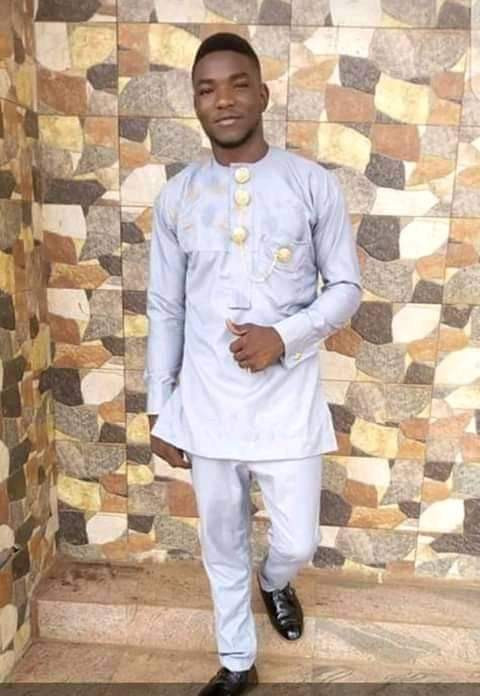