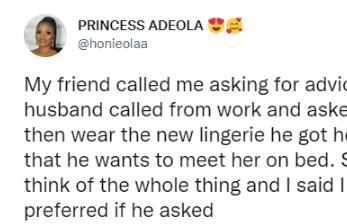 Twitter users are reacting to the story of a wife who called her friend for advice after receiving a call from her husband.

The friend was displeased by the husband’s suggestion and said she would have preferred he called to take his wife to dinner.

”My friend called me asking for advice, she said her husband called from work and asked her to go shower then wear the new lingerie he got her then lay on bed that he wants to meet her on bed.

She asked what I think of the whole thing and I said I would have preferred if he asked Her to bath and dress up then he picks her up for dinner. Anyways I said she should listen and do whatever her husband wants, open your shop for him whenever he wants to shop. Shikena.”

Nigerians are angry at the friend for having an opinion on how the man wants to have fun with his wife. While some berated the wife for calling her friend to discuss such a thing, others say she probably wanted to speak to someone due to her lack of experience.

See the different reactions below… 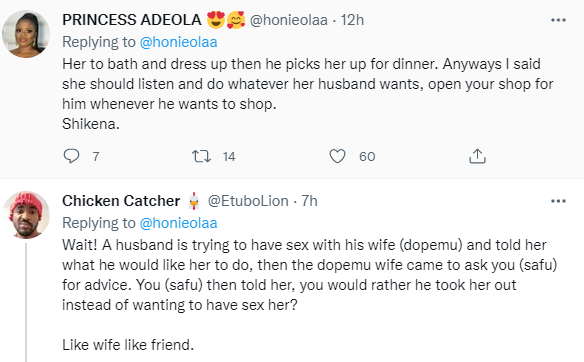 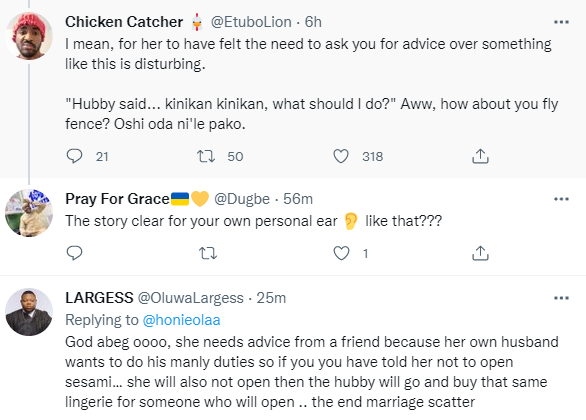 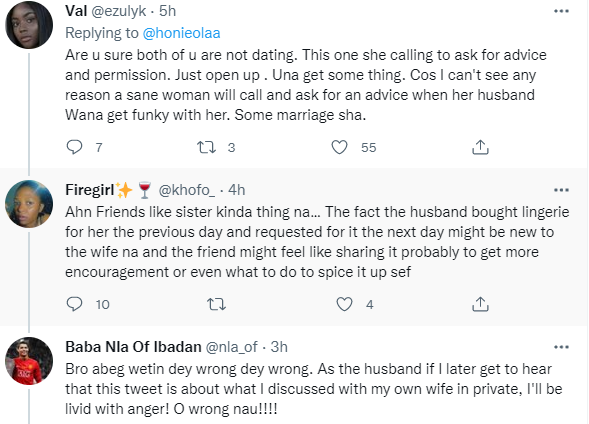 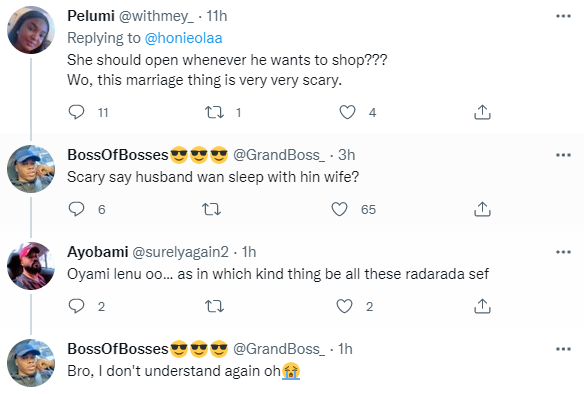 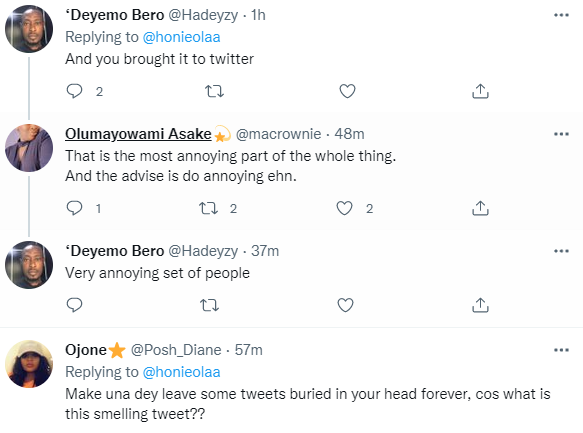 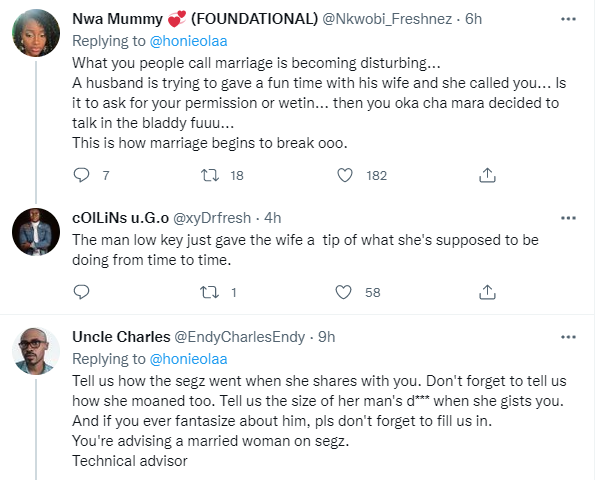