In the wake of the gruesome murder of 200-level student of the Shehu Shagari College of Education Sokoto on Thursday May 12, a Twitter user has shared sad stories of how some Nigerians were also killed by mob actions,.

In a Twitter thread, the user recounted how his family friend was killed in front of his children after he was wrongly accused of attempting to steal his own child.

According to Barade, the deceased went to the mosque to pray with two of his children. While at the mosque, one of the children began to cry because he wanted his father to buy him sweet. He said suddenly someone shouted he was about to steal the children and he was immediately mobbed and killed.

Read the thread below… 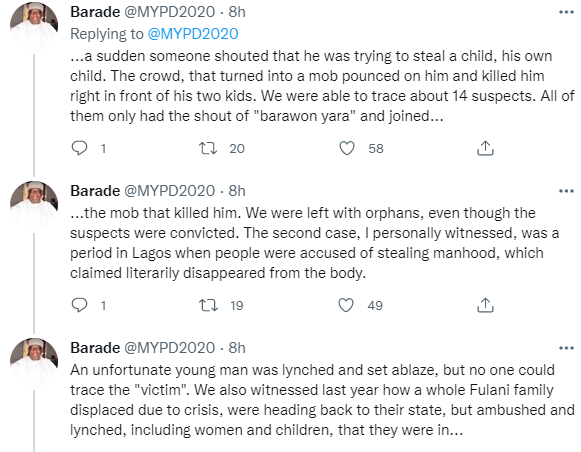