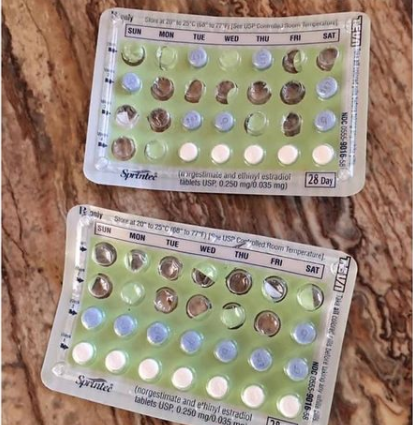 A Twitter user has taken to the platform to share photo of a drug which he found in his younger sister's bag.  The Twitter user who was seeking for advice on what to do, stated that he already wanted to beat her. 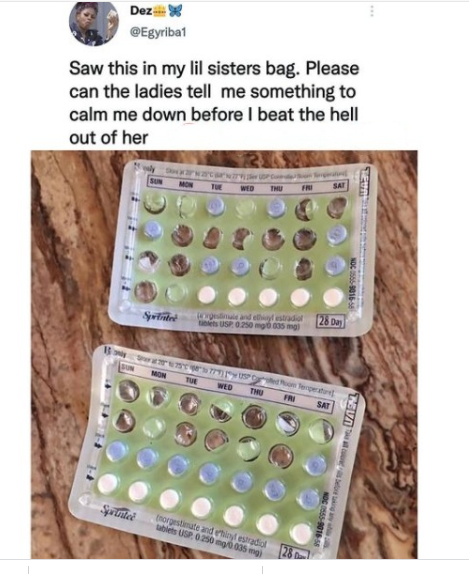