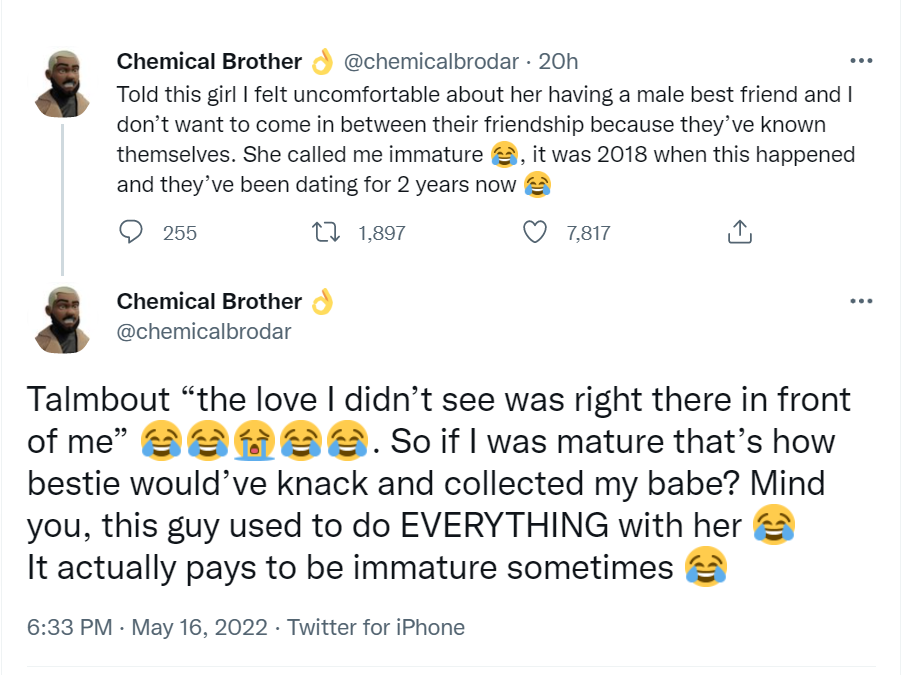 A Twitter user has narrated how a lady who told him he’s immature for telling her he’s uncomfortable with her having a male bestie, started dating the said ‘bestie.’

According to @chemicalbrodar, this happened in 2018 and the lady has been dating her bestie for two years now.

Told this girl I felt uncomfortable about her having a male best friend and I don’t want to come in between their friendship because they’ve known themselves. She called me immature, it was 2018 when this happened and they’ve been dating for 2 years now

Talmbout “the love I didn’t see was right there in front of me” So if I was mature that’s how bestie would’ve knack and collected my babe? Mind you, this guy used to do EVERYTHING with her  It actually pays to be immature sometimes