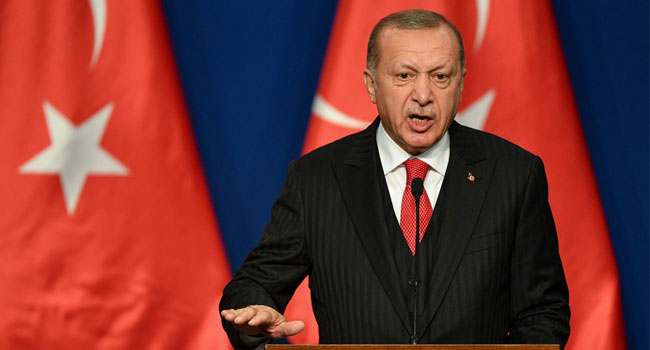 President Recep Tayyip Erdogan on Tuesday said the peace drive to end the conflict in Libya since 2011 should not be wasted, in a video conference with German Chancellor Angela Merkel.

There has been increased hope since the two main warring factions separately announced in August that they would cease hostilities, which was followed by a series of UN-backed talks.

The two main factions are based around the UN-recognised Government of National Accord (GNA) in Tripoli and a parliament in the eastern city of Tobruk.

German Foreign Minister Heiko Maas on Monday voiced “cautious optimism” over efforts to end the conflict in Libya, after co-chairing talks with the United Nations that involved the warring Libyan sides.

Erdogan told Merkel that “the opportunity that emerged thanks to the calm sustained on the field in Libya should not be wasted,” the Turkish presidency said.

Erdogan on Sunday expressed “full solidarity” with the GNA after a meeting in Istanbul with its head Fayez al-Sarraj.

₦ 105 billion jackpot is up for grabs in US Mega Millions this Friday; Nigerians can play the draw online