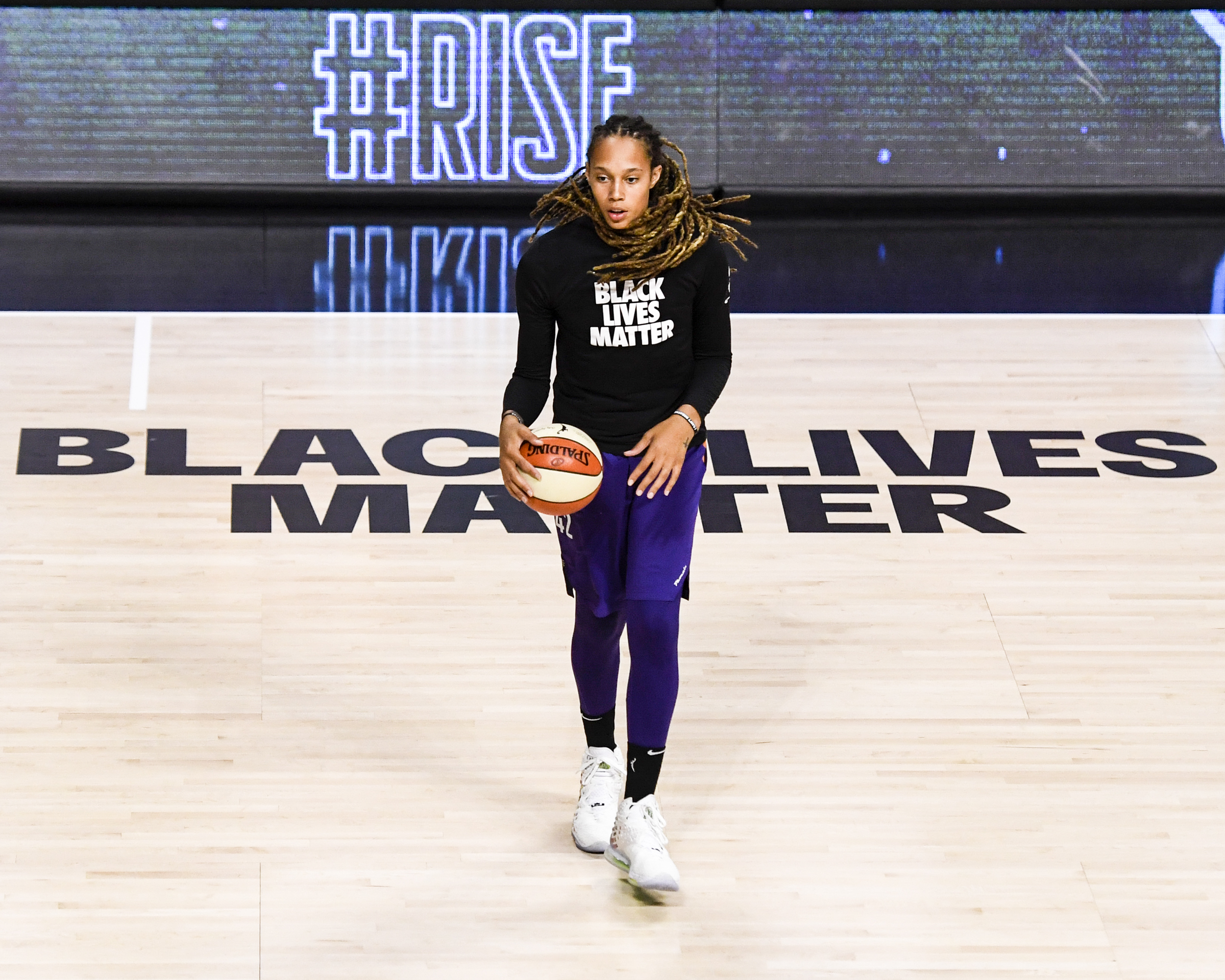 On the morning of July 7, the wrongfully detained WNBA star Brittney Griner pleaded guilty to the charges she is facing in Russia. The most severe charge, equivalent to narcotics trafficking, carries a maximum sentence of 10 years in prison. Griner’s four-month-and-counting detainment in Russia has highlighted critical differences between the Russian and American legal systems — and salary imbalances between WNBA and NBA players. Adding insult to injury, her case is now being used by the GOP and its supporters to leverage Black suffering for their political benefit and worse, amusement.

Since Griner’s arrest in Moscow’s Sheremetyevo Airport in February, her plight has become a highly publicized piece of American domestic political discourse. Initially, Griner’s family and team asked for privacy as they waited for the wheels of the State Department to work toward her release. Yet in the past few weeks, as her family and supporters have increased their public pressure on the Biden administration for her freedom, Republicans and conservatives have started to take advantage of the situation.

Fox News’ front page features stories on Griner’s wife, Cherelle, with angles focusing on the Biden administration’s perceived failures. Republicans in Washington, meanwhile, have used her detainment to promote themselves — and their former boss Donald Trump. The House Judiciary Committee tweeted an article on Phoenix Mercury coach Vanessa Nygaard — and then used Nygaard’s comments to boast that Trump would have gotten Brittney released faster.

Whoever runs that account seems to have conveniently forgotten that Americans Paul Whelan and Trevor Reed were imprisoned throughout Trump’s tenure in office, and neither were released. Reed was released in April after a prisoner exchange with Russia. He has actively worked in media appearances to combat GOP attempts to leverage his ordeal in Russia for pro-Trump messaging.

Even as Republicans and Trump supporters use Griner to boost their agenda, they have also indulged in some classic victim-blaming. Besides buying into the Russian charges of “narcotics trafficking,” these people have used Griner’s previous activism, particularly her critical stance on playing the national anthem before WNBA games, as a justification for her continued imprisonment in a hostile state.

Popular Black conservative documentarian Errol Webber portrayed Griner as a hypocrite for turning to the American government to aide her. Conservative commentator Todd Starnes went so far as to argue that Biden should keep Griner in Russian custody until she publicly repudiates her stance on the anthem.

Conservative commentator Todd Starnes went so far as to argue that Biden should keep Griner in Russian custody until she publicly repudiates her stance on the anthem.

Memes abound, including one showing Griner’s mugshot, and she has been purposefully misgendered by tweets saying things like “leave him where he’s at.” In this vein, Griner slots neatly into the classic stereotype of the Black criminal — a trope that has long served the GOP. (Remember George H.W. Bush’s infamous Willie Horton ad from the 1988 election?)

Such Republican and conservative opinions are clearly cruel, and wildly unhelpful. But do they matter in the larger scheme of American public discourse? I’d argue yes. Because they highlight how the GOP, like Russia, often seeks to capitalize on the suffering of Black people and other minorities for political gain. Across Twitter, people have referred to Trump’s maneuvering to get rapper A$AP Rocky released from a Swedish jail as proof that he could have done the same for Griner. They make these claims even though Sweden and Russia are two fundamentally different political systems, and the charges Griner faces are more severe. Never mind that A$AP Rocky maintains that Trump’s involvement made his release a little more difficult.

Thus, Brittney Griner represents a perverse sort of Schrödinger’s minority to the GOP and their supporters. They can argue that Trump would have gotten her released on social media because there is no cost to them for doing so. They support Black and LGBTQ individuals — as long as they are not in the United States. Griner’s life matters to them because she is not in America.

In reality, she is representative of multiple demographics targeted by the GOP: Black Americans, LGBTQ individuals and women. It is not a coincidence that cynical GOP tweets about Griner garner responses that are anti-Black, anti-gay and anti-trans.

As Griner faces another hearing on July 14, the American public continues to litigate her case on social media and the internet. She and her legal team are fighting for her life and future in Russia while the communities she represents are fighting for their rights in her home country — and neither of them can afford to lose.

Kimberly St. Julian-Varnon is a Ph.D. student at the University of Pennsylvania. Her research focuses on race and Blackness in the Soviet Union, Russia and Ukraine.