US Democratic Party presidential candidate, Joe Biden mistakenly referred to US President, Donald Trump as ‘George’ during a live interview, mistaking him for George Bush in a new gaffe.

The 77-year-old made the gaffe as he spoke to supporters during an ‘I Will Vote Concert’ virtual event alongside his wife Jill.

“What kind of country we’re gonna be? Four more years of George, ah, George…,” he said before Mrs Biden corrected him under her breath. Quickly correcting himself, he continued: “Gonna find ourselves in a position where if Trump gets elected we’re going to be in a different world.”

“Joe Biden called me George yesterday. Couldn’t remember my name. Got some help from the anchor to get him through the interview. The Fake News Cartel is working overtime to cover it up!” 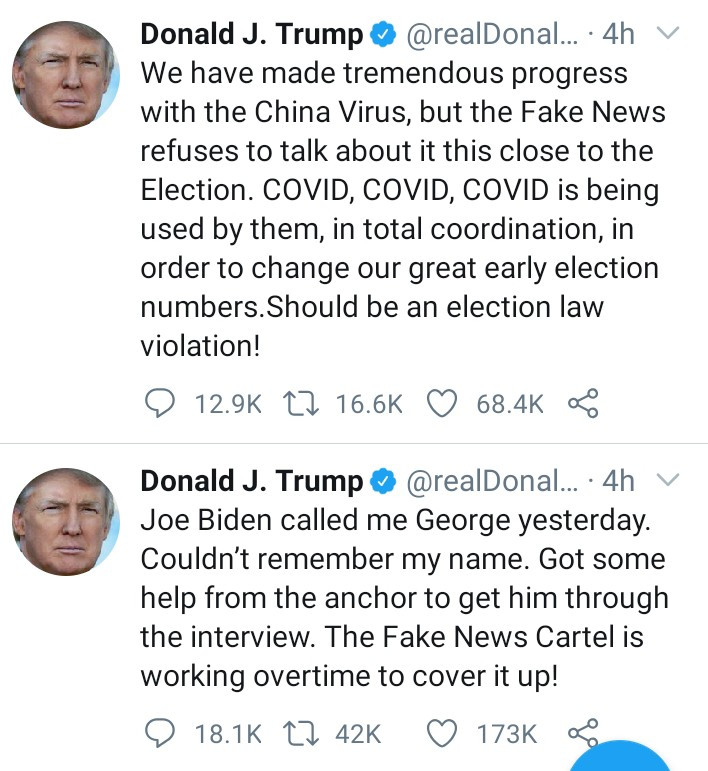 Watch the video of the gaffe below.

I am frustrated in my state, we are called chief security officers only in name