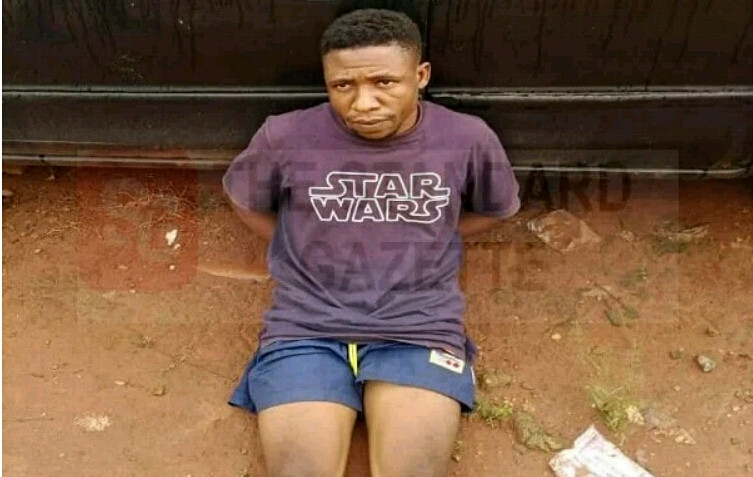 The victim, an undergraduate of one of the tertiary institutions in the state had hired the suspect at about 8:pm on 23 July 2021 to Ugbor area towards Airport road.

Halfway into the journey, Confidence diverted to a lonely road, claiming the other one was not motorable. He then brought out a cutlass and threatened to slaughter his frightened passenger and have her buried on the spot unless she agreed to sleep with him.

In the ensuing struggle, the helpless young girl who initially resisted the rapist was robbed of her cash and iPhone after which he overpowered and dragged her to an uncompleted building where he raped her before fleeing into the night.

Narrating her ordeal, the victim who refused to disclose her identity, said “I called the Keke NAPEP man to carry me to where I could get a taxi to Sapele Road. We agreed and I got in only for him to suddenly brandish a shining cutlass, threatening to kill me if I refused to sleep with him. I have no choice but to surrender quickly,”

“He forcefully slept with me in an uncompleted building right in the middle of a bush. I begged him but he refused to let go of me. He later left me in the bush after sleeping with me and collected the little money I had.” she added.

The suspect, who was arrested around Sapele road in Benin city on Monday, August 9, said he regrets his action.

“I regret my action. I am ashamed. I don’t really know what came over me. I can’t explain why I raped and robbed her.” he said.

Spokesman of the State Police Command, SP Bello Kontongs, who confirmed the incident, said the suspect was arrested through high technical intelligence.

Kontongs assured that the police will carry out a thorough investigation to ascertain whether the suspect has in the past been involved in the attack, robbery and raping of innocent persons in the state.