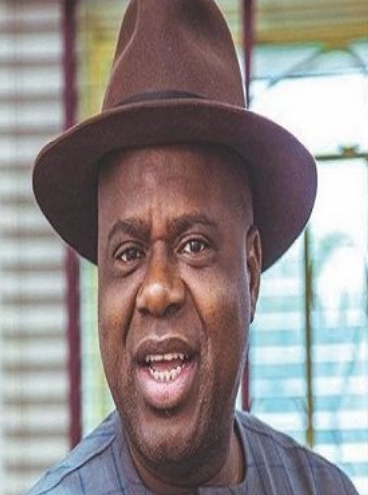 The Bayelsa state Governorship Election Tribunal sitting in Abuja has dismissed the election of the state governor, Douye Diri, and has ordered INEC to conduct a fresh election within 90 days.

A three-man panel of the tribunal sat this morning Monday, August 17, and ordered the nullification of the election. Two of the judges ruled in favor of the nullification while one ruled against the dismissal.

In a split judgment of two to one, the three-member panel ruled that the election was unlawful due to the exclusion of Action Nigeria Democratic Party (ADP) and its candidate, King George from the November 16, 2019 governorship election.

The Advanced Nigeria Democratic Party (ANDP) had filed a petition challenging the victory of Governor Diri in the November 19 governorship election. The party accused INEC of unlawfully excluding it’s candidate, King George, from the election.

In its defense, the Independent National Electoral Commission (INEC) said that the party’s Deputy Governorship candidate during the November 2019 governorship election in the state was 34 years old as at the time of nomination and therefore did not qualify to contest the election.

ANDP however told the tribunal that its initial Deputy Governorship Candidate, David Esinkuma was duly substituted by the Party within the allowed time frame, following the notification from INEC that he’s under-age.

He described INEC’s action to exclude the ANDP from the Bayelsa Governorship Election as an illegality.

He thereafter nullified the election of Governor Douye Diri and ordered INEC to carry out a fresh election within 90 days.

INEC is expected to include the ANDP in the forthcoming bye-election.

Over the weekend, the tribunal affirmed Governor Duoye’s election after another political party in the state, Alliance For Democracy, claimed the deputy governor parades a forged NYSC certificate. The tribunal in dismissing the petition, stated that the petitioner failed to prove the allegations of forgery.