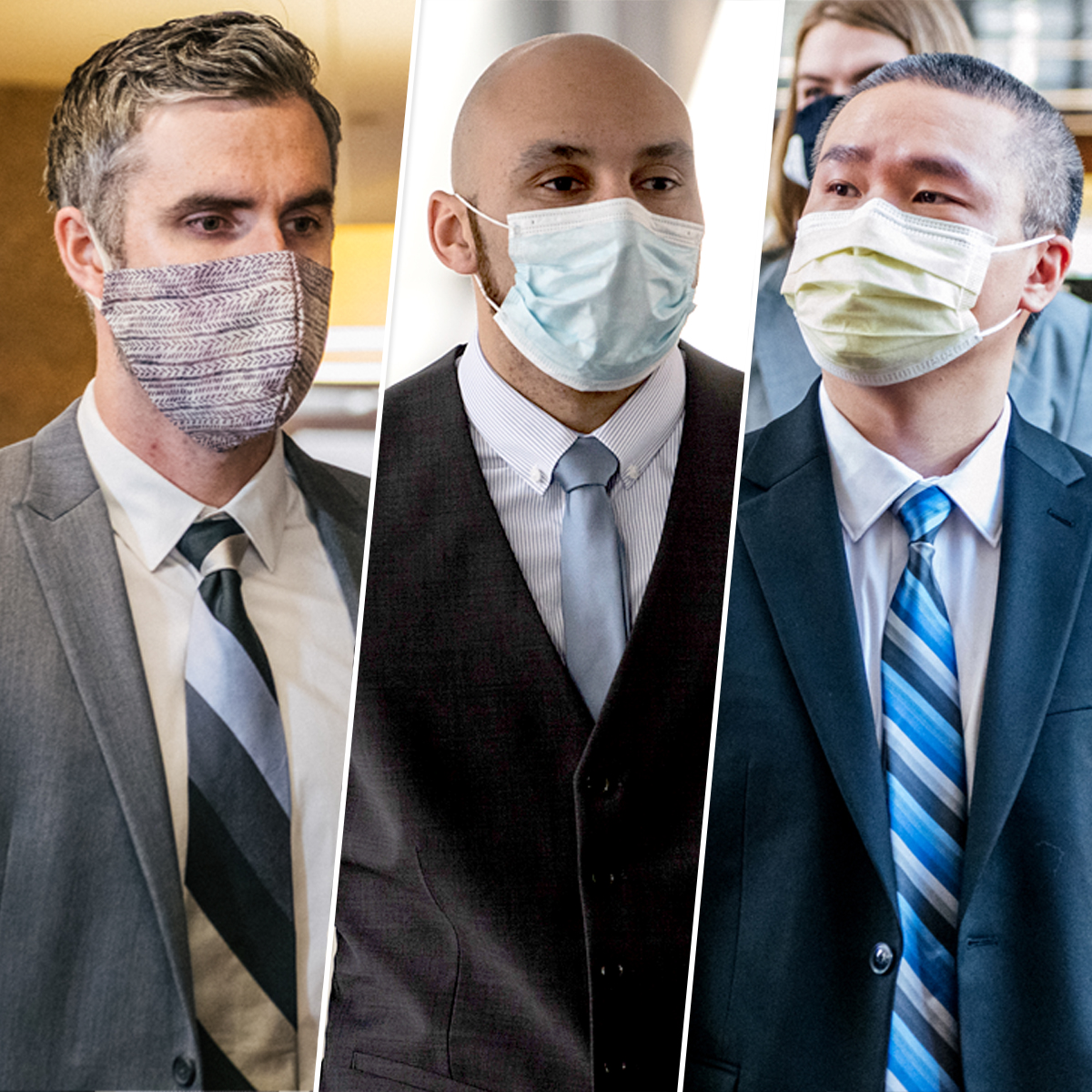 The federal trial of three former Minneapolis police officers charged with violating George Floyd’s civil rights was abruptly recessed Wednesday after one of the defendants tested positive for Covid-19.

District Judge Paul Magnuson said court would be in recess until Monday. He did not disclose which defendant had Covid, but two of them — J. Alexander Kueng and Tou Thao — were in the courtroom Wednesday morning, while the third, Thomas Lane, was not, according to pool reporters who were present. Lane’s attorney, Earl Gray, did not immediately return a request for comment.

Rebeccah Parks, a court spokeswoman, said the person who tested positive will be retested before the trial resumes as will those with whom the individual came in close contact.

Gray said during his opening statement that Lane would testify in his own defense, in what would appear to be the first time any of the three men has spoken publicly about the day Floyd was killed.

Federal prosecutors have alleged that Lane, Kueng and Thao deprived Floyd of his constitutional rights while acting under government authority when they failed to give him medical aid as their colleague Derek Chauvin knelt on his neck for 9 ½ minutes on May 25, 2020. Floyd, who was Black, was handcuffed, face down and pleading for air. Kueng and Thao are also accused of failing to stop Chauvin from kneeling on Floyd.

Kueng knelt on Floyd’s back, Lane held his legs and Thao kept bystanders at bay. Kueng is Black, Thao is Hmong American, and Lane is white.

﻿The men also will be tried later on state charges of aiding and abetting second-degree murder.

The encounter was captured by a bystander on a cellphone video and prompted international racial justice protests.

Chauvin, who is white, was convicted in April of state murder and manslaughter charges and sentenced in June to 22 ½ years in prison. He pleaded guilty in December to a federal count of violating Floyd’s civil rights.

Blackwell testified that the three men defied departmental policies, including by not rolling Floyd onto his side when he stopped resisting and not providing medical aid when he stopped breathing.

Baker, who also took the stand in Chauvin’s trial, testified that Floyd died after “subdual, restraint and neck compression” caused his heart to stop. Baker said drug use and heart disease were factors but not the top line cause of death.

At a pretrial hearing last month, Magnuson urged attorneys to “move the case along” and expressed concern that attorneys, defendants or jurors could contract Covid, The Associated Press reported.